Danny Boyle has made a career of taking fairly generic conventions and recasting them through a fresh lens. 28 Days Later isn’t a zombie flick, it’s an infection movie (and it’s also not getting that much discussed follow-up anytime soon). Sunshine isn’t a flashy science fiction space adventure, it’s a claustrophobic murder thriller. Boyle sees what is and what has been and molds it into what could be. That eye for innovation is what would have made him an excellent James Bond director, though that’s a rant for another day.

His latest film, Yesterday, tells the story of Jack Malik (a perfectly melancholy Himesh Patel), a struggling singer-songwriter who wakes up after a freak bus accident to discover that the Beatles have never existed. It’s a charming feel good tale with an obviously killer soundtrack—an underrated element that has propelled musical hits like La La Land, A Star Is Born, Bohemian Rhapsody and Rocketman to impressive heights.

SEE ALSO: Brian Tyree Henry Is Having a Moment—But the Changes He’s Making in Hollywood Are Long-Term

In a disappointing summer for movies, defined by fatigued franchises that speed in and out of the public consciousness like a packed subway car, Yesterday could emerge as the type of crowd-pleasing counter-programming that breaks out as a surprise hit. Boyle recently chatted with Observer about the challenges of adapting the Beatles’ discography, the difficulty of studio filmmaking and more.

Observer: You have said that Yesterday is a nostalgic film. Why do you think that’s such a powerful emotion and such a prevalent force in today’s entertainment?
Boyle: There’s a general societal feeling of anxiety at the moment about how things are going. I can’t extrapolate to Americans, but in Britain, there’s an uncertainty of our economic and political future that is truly substantial. I think it’s understandable to reach back to a great catalogue, like Queen’s catalogue, Elton John’s catalogue—they are two examples of biopics that have come out recently and done very well. There’s an appetite for them and that’s certainly true. Obviously, the Beatles are the ultimate catalogue.

I think the second reason is also that cinema itself is looking for something unique—a unique communal event that connects with people’s universal desire to celebrate something together because of the state of the nation. But it’s also that cinema needs that collaborative or communal experience to justify itself in the face of so much alternative long-form television, which is a big challenge. A lot of the available talent for cinema has moved to long-form television, so I think it’s a dual thing really that makes the appeal of this kind of event so strong.

What’s different about our film is that, obviously, it’s not a biopic. It’s not a life story. It’s very much a contemporary story and it’s interesting that it’s something that sees the Beatles through the prism of their complete erasement from the world’s consciousness. It’s a different way of looking at them, it’s a fresh way of looking at them. Rather than a sing-along or a lovely nostalgic trend, it sees them in the context of the present world, the new world, an ordinary place but a present world.

Did you feel any pressure doing a film that intimately dealt with their records?
I should definitely have been more worried about that [Laughs]. Once we got to editing, I realized I wasn’t and I’m not sure why. I think it was Himesh, that confidence I found in him, made me not worry about the obligation to not appear to be re-heating old masterpieces.

I remember being concerned about variety, but because there were gong to be 17 songs or something like that I remember being reassured or inspired by how varied their work was, probably more than any other group. David Bowie, who I was a huge fan of, would change identity on each album. But the Beatles would change identity on each track. It was extraordinary!

Himesh really is wonderful. The simplicity with which he approaches the song really befits timeless masterpieces. A number of actors who auditioned before him felt the need to re-think a masterpiece or turn it into karaoke, with great sing-along qualities but not much depth. He had a soul with the way he approached the music, which Ed Sheeran commented on.

Many of your films are built on an extraordinary “What If.” Is that intentional and, if so, why is that appealing to you?
I’ve always had an appetite for a big movie, but never had the courage or the aptitude to do a big, big movie. What a big movie is, is that event—that life-changing event. It’s usually built around some premise like that. I’m attracted to how dynamic that is for an audience and want to deal with it in a way that I can deal with the identity of the film. That’s not a studio identity, it’s a kind of independent identity. I want it to be that mixture of challenging and mainstream at the same time. That’s the ideal mixture for me. I’m not a snob, I don’t want to appeal to no one and I want everybody to see [my movies]. But I want them to stretch people in a way that they feel nourished and challenged by what they are watching.

Is there any other blockbuster franchise that could pull you back in or are you done with that realm of filmmaking?
Never say never because you should always respond to what you think you can achieve with something. So I would never say never. I do love big blockbusters and I’m always available if anyone is listening or reading [Laughs].

What’s your dream franchise?
Well, I had one but we fell out because of creative differences so it didn’t work out that well. You never know.

If you could have dinner with one fictional character, who would it be and why?
Marlon Brando from Apocalypse Now. If what happens to the Beatles in our movie happens to movies generally, I would have no problem making Apocalypse Now. I’d be well placed to do it, because I remember it shot for shot.

What is one thing your fans would be surprised to learn about you?
I like to do the washing up. I don’t have a dishwasher. I do the washing up and I find it very contemplative. I’ve always gone around people’s houses asking if I can help with the dishes and they say “No, we’ve got a dishwasher,” and I say, “Oh, I’ll do it anyway, that’s alright.” I find it very fulfilling.

When you make a film, it’s so busy and it takes so long to fully finish and finally deliver it that it never feels like you have. Whereas the dish washing, you have some dirty plates, some warm , some soap and then it’s finished. Then the job’s done and it feels like an achievement. So maybe it’s linked to that. I’m the same way with laundry, I like doing laundry as well. It’s all simple tasks that feel very rewarding. 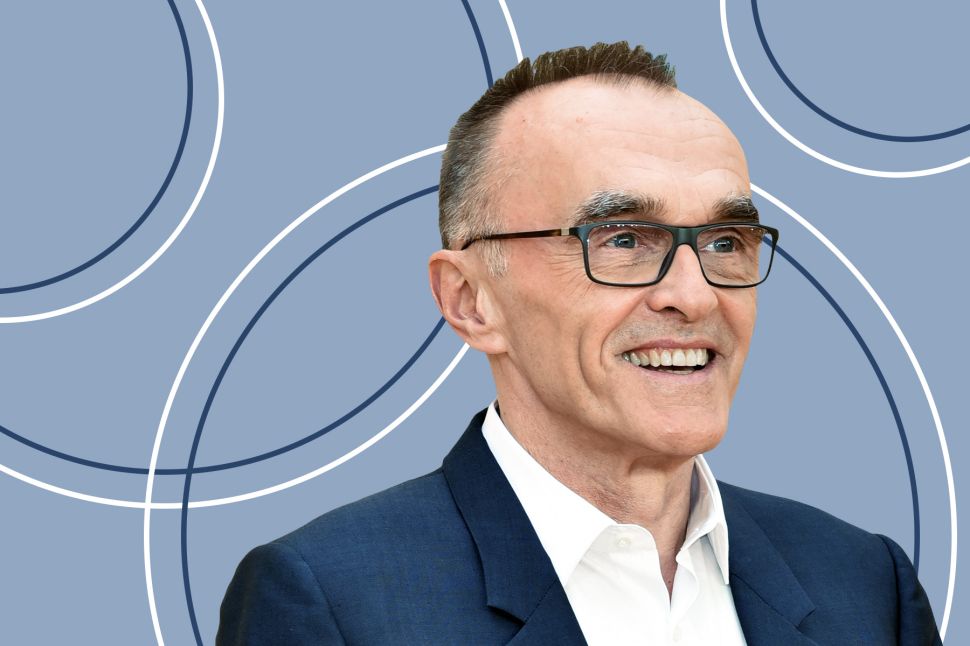