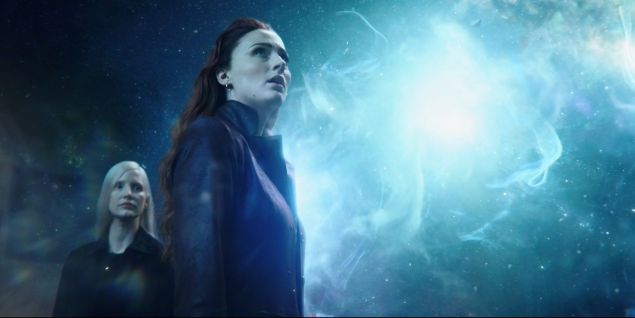 If you’ve been paying closer attention to corporate mergers than to the goings-on within the cinematic universes, you might be asking, “Does Disney’s acquisition of Fox film studios mean that the X-Men films—the eleventh of which, Dark Phoenix, is being released this week—are part of the branding and storytelling behemoth known as the MCU?”

The answer is, certainly not yet. This fact might not be immediately obvious from the story told by first-time director and longtime X-Men screenwriter and producer Simon Kinberg, but it certainly is from the manner in which he tells it. Chiefly, there are almost no jokes in this movie. In the screening I saw, the audience only laughed once—when Scott, aka Cyclops (Tye Sheridan), drops a decidedly un-Disney f-bomb while threatening the team’s longtime adversary Magneto (Michael Fassbender). Unfortunately, it wasn’t clear the line was intended to be funny.

While it may be strategically short-sighted to rob the film of humor—long the sugar that helps the nonstop destruction unleashed by these movies go down—the central line on which Dark Phoenix hangs its story is, admittedly, not exactly amusing.

The movie is at its core about trauma, and how Professor Charles Xavier (James McAvoy) used his ability to enter and control people’s minds to help a young mutant girl named Jean Grey forget about a devastating event she caused as a child. When she grows up to become a powerful telekinetic (Sophie Turner, of House Stark) capable of absorbing and controlling a force that can create or destroy universes, her resentment of this paternalistic act of mental sabotage leads her to turn against the Professor and his pupils, the X-Men.

It’s a fascinating structural idea, one that attempts to cleverly conflate the infamous “mindwipe”—that deeply questionable but largely unpunished activity practiced by otherworldly-powered individuals from Superman to Dumbledore—with traditional therapy. It adds an unusual tension and brittle energy to the first part of the film.

Sadly, that potential for psychological and emotional depth is squandered when a major character is killed. (I won’t spoil it, but the trailer did.) Not only does the event pack little of the heartrending wallop a passing of this magnitude is meant to deliver, it marks the point at which this complicated story of identity and rage becomes a straightforward and rather bland revenge tale, with half the mutants bent on killing Jean while the other half attempt to save her.

Meanwhile, a race of shape shifting aliens (is there any other kind, anymore?)—headed by Jessica Chastain sporting a Donatella Versace ‘do—want to harness her power and convince her to do evil on their behalf.

It is hard to pinpoint precisely why so much of the last portion of the film is not compelling. Part of it is that much of the acting is below the standard of the performers, several of whom appear to be begrudgingly playing out their X-Men contracts. Also the steady and deliberate rhythm Kinberg set up in the early part of the film is entirely pushed aside for hurried, jumbled and blandly displayed supernatural fisticuffs of the second half.

Then there is the action itself. While earlier in the film we get to witness the visually compelling time, space and speed shifting antics of Nightcrawler and Quicksilver (Kodi Smit-McPhee and Evan Peters, respectively), the second half’s battles mainly feature guns, punctuated with laser blasts from Cyclops and lightning strikes from Storm (Alexandra Shipp). The bullets are absorbed into the bodies of the largely nondescript alien bad guys who instantly regenerate—pretty cool—or at least it was 28 years ago when we first saw it in Terminator 2.

Which points us to the real issue with this film and so many like it. These super heroic and super histrionic spectacles are multiplying so rapidly that they are recycling their own tropes at such a rate that it is almost impossible to be surprised anymore. In this case, those ubiquitous and unavoidable elements—the blasts and bullets, crunching metal and overbaked battles—bury what could have been a far more unique and compelling story that explored elements of feminist and social identity theory.

Disappointingly, those components are killed off before the movie even hits its halfway point. Unlike the Phoenix, they are never reborn. 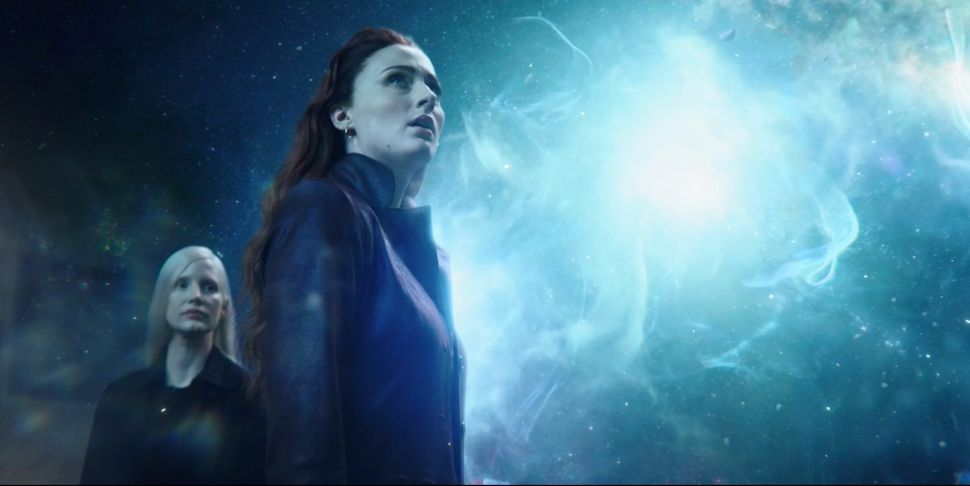