Dark Phoenix, the latest and likely last entry in the main big screen X-Men franchise that first clawed its way into theaters almost 20 years ago, opens with this succinct question from Sophie Turner’s Jean Grey. What follows in the next two hours isn’t so much a concrete answer as it is an encapsulation of the gloriously messy X-Men series as a whole.

The question of Who are we? is inextricably linked to notions of legacy. How will X-Men be remembered—for the franchise’s ground-breaking genesis that informed an industry? Or for its lethargic downturn into inconsistent quality? For its evolution of approach and strategy? In truth, a legacy is nothing more or less than a series of stories stitched together. In that sense, Dark Phoenix is a disappointing yet fitting sendoff to the longest-running superhero franchise in the game. It is a troubled movie that reminds you of the occasionally exhilarating and oft-beleaguered journey that brought us to this point.

Writer-director Simon Kinberg, making his feature directorial debut, has contributed to dozens of enjoyable films and TV series over his career. He’s a quality idea man with a knack for conceptual goodies. While those elements are present in Dark Phoenix, at least on paper, his callowness behind the camera and a flat script built on an inherent flaw turn Dark Phoenix into one of the most disappointing entries in the saga.

That’s not to say that the film is entirely devoid of intrigue. An emotional betrayal that upends a young girl’s life, the arrogance of patriarchal unilateralism, and the misguided virtue of blindly acting in the service of a perceived greater good—that’s all good stuff. Yet Dark Phoenix is completely built around Jean Grey, a character we barely know from the forgettable X-Men: Apocalypse that the film now expects us to fully invest in. It is her relationship with James McAvoy’s Professor Xavier that flings the movie into motion, but without any of the necessary legwork and nuance needed for audiences to care about their shifting dynamic. It’s a jarring, unearned and discursive story. As such, Dark Phoenix—with the poor aim of an overmatched Sentinel—misses its mark.

But in an oddly endearing retrospective way, it is a microcosm for the overall disorder of the entire X-Men franchise. The original 2000 film, sandwiched between Wesley Snipes’ stylishly fierce Blade and Tobey Maguire’s trend-setting Spider-Man, did a lot to legitimize the genre in the eyes of skeptical studios and reluctant audiences. It approached inherently silly comic book material with a degree of levelheadedness that was able to democratize content that had been previously thought of as too niche, too nerdy, to succeed. It was well-received and profitable and without it, we may never have gotten The Dark Knight trilogy or the Avengers series. That, in itself, makes it worthy of the form and from there, it was off to the races for superheroes in Hollywood.

Yet the genre boom wasn’t always so supersonic for the X-Men and company. In retrospect, it was inevitable for a series that helped birth Hollywood’s biggest movement to ebb and flow in quality over 12 films and nearly two decades. There were ups—the glorious opening sequence of X2, the rah-rah fervor of First Class, the time-melding crossover of Days of Future Past—and then many, many laughable downs (insert X-Men Origins: Wolverine joke here). Smart or not, you have to respect 20th Century Fox’s complete disregard of a reboot, the go-to emergency exit move for struggling franchises. Unlike its more celebrated Hollywood counterparts, the team-up movies eventually crashed into its own ceiling, insisting on moving forward but failing to ascend any further.

What was most disheartening to see was the public’s waning connection to the franchise. As it aged, the films were met less with the same divisive vitriol reserved for the perpetually polarizing DC Extended Universe or the unbridled passion poured over the market-leading Marvel Cinematic Universe. Rather, the primary X-series began to be met with tepid enthusiasm or a shoulder shrug of relative indifference. A movie that swings for the fences and misses is decidedly more interesting than one that strikes out looking. In this instance, a founding father of Hollywood’s most important genre had sadly been reduced to background noise.

Still, the franchise deserves more credit than it’s poised to receive in the wake of Dark Phoenix‘s muted arrival. As the series attempted to adapt to the changes and maturations within the genre over the years, it went through its own set of expected growing pains. Storm has never emerged as a fully formed character, the modest visual language of the series has remained largely unchanged and the less said about franchise godfather Bryan Singer the better. Ultimately, though, the X-Men never intended to be anything other than imperfect. Like its meta-text about bigotry and equality, there was always an admirable honesty to this series’ commitment to self.

Fox itself wasn’t oblivious to the changing marketplace. The studio took risks by branching out its superhero content into different genres and timelines, spinning off into raunchy action comedies (Deadpool) and neo-Westerns (Logan) that carried hard R-ratings. Their calculated gambles paid off critically and commercially (for the most part) and opened the door for further experimentation in the superhero genre. The DNA of the big-screen mutants has been carefully encoded into other blockbuster endeavors across the industry and their future will extend into the all-consuming MCU.

Failure does not have to be without value. Dark Phoenix is not a particularly good movie, but it directly raises questions about the franchise’s legacy by asking Who are we?

The X-Men are messy, they are fun and they are an overstuffed suitcase of ideas with thematics all akimbo. They are a collision of ambition and idle inertia and they are trend-setters that have fallen behind the times. They are flawed, unabashedly so, and they are stubborn in their continued existence. But when considering the dozen entries in this sprawling and unyielding franchise connected together in one significant chapter of cinematic history, they are also a beautiful tapestry of fully realized childhood dreams that helped raise the most successful genre in Hollywood history.

They are the X-Men, and damn if I’m not going to miss them, warts and all. 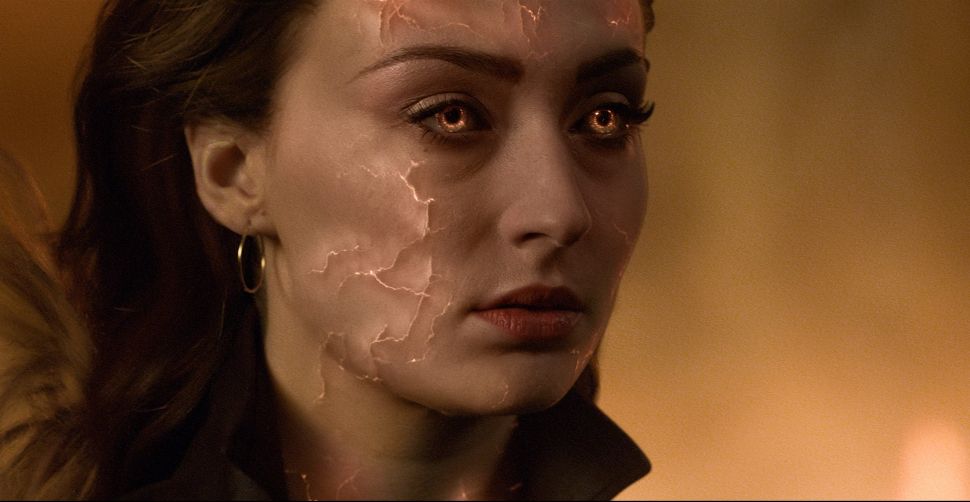