Data is such a valuable resource that it is often considered the “new oil,” but most people are unaware of how much they contribute to that value. That might change soon. This week, Senators Mark Warner (D-Va.) and Josh Hawley (R-Mo.) introduced the Designing Accounting Safeguards to Help Broader Oversight and Regulations on Data (Dashboard) Act, which would require tech platforms with more than 100 million users to show consumers the value of their own data. Over the last few years, tech companies have been plagued by allegations of election meddling, anti-conservative bias and monopolistic behavior—a consistent target of congressional scrutiny. But unlike many of the current regulatory proposals, such as antitrust, the Dashboard Act would actually help tech build a more civil internet culture while still protecting competition and innovation.

Large tech companies profit off their ability to use data to curate online experiences, target ads and develop cutting-edge technologies. Big Tech platforms like Facebook and Google are vital access points for much of the internet, giving them control over mountains of data and enabling them to be gatekeepers over a crucial resource for innovation. But the people giving them this goldmine, their users, lack a clear understanding of how their data is being used—allowing technology companies to leverage their data in ways that users may not like if they had more of a voice.

The Dashboard Act simply asks that these companies report the aggregate value of user data to the Securities and Exchange Commission (SEC) and inform users of exactly how their data is being used. This will help raise awareness about the value of personal data and push us toward more changes, such as making the value of each individual user’s contribution fully transparent.

Transparency is crucial in fixing America’s digital landscape and boosting innovation. The reign that tech companies currently have over data allows them to crush competitors like smaller start-ups and university labs in the innovation space—particularly in data-intensive fields such as artificial intelligence. Making users aware of the value of their data would motivate action to return control over data back to its creators, challenging these dynamics.

In fact, “data dignity” advocates have long argued that this shift would fundamentally change society for the better. Users who are aware of the value of their data would be empowered to bargain with the tech platforms that profit off what they produce—allowing a functioning data market to arise. Eventually, users could feasibly license their own data directly to third parties. This would rightfully strip Big Tech of its monopolistic gatekeeper status, introducing more competition in data access and allowing innovation everywhere to flourish.

Interestingly enough, this would also make the internet a much nicer place to be. A great deal of the most toxic online content is hosted on “free” sites that rely on advertising to make a profit. These sites encourage passive consumption with algorithms that want the most user attention by showing them content without requiring their engagement. Research shows this kind of apathetic internet use translates into worsening mental health. But active consumption, where users seek out the content they consume, encourages healthy online interactions. We see this already on pay-to-use sites, which are rarely the source of the same kind of scandal as free platforms. Knowing the value of data will help us move away from the toxic, “free” business models of today.

For its part, the Dashboard Act could work well. But it’s true that, in many ways, it’s merely a plea for Congress to help build a better digital society. It’s also true that no one should be against the legislation, because it actually demands very little from tech companies. And encouraging a more personal attachment to the value of our online behavior is nothing but a positive. We’re going to live in a digital future, so it’s important that we shape it to be the kind of future we want.

Ryan Khurana is executive director of the Institute for Advancing Prosperity and a Young Voices contributor. 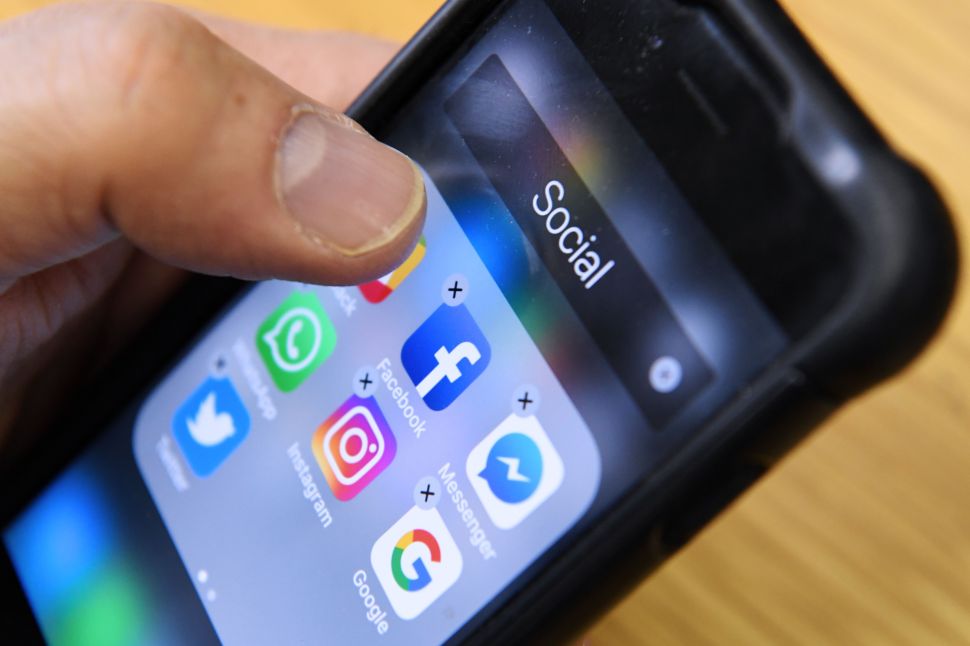