I recently read an interesting article in RetailLeader about how the discount store chain, Dollar General, is fast becoming a major retailer of groceries. What I find interesting is how popular the topic of grocery retailing is for so many people. For example, I wrote this article in 2013 and posted it on LinkedIn in 2016. In the article, I make the argument that Amazon should acquire Whole Foods. (I’ve been told by several journalists that I am the first person to recommend that Amazon acquire Whole Foods, but I don’t know if that is 100 percent accurate). The article I wrote has been referenced or quoted in every major newspaper in the world, and I continue to receive questions about the paper from readers globally. Who would have thought that an article about groceries and Amazon acquiring Whole Foods would be read by so many people globally?

I have written additional articles about Amazon, Kroger, Aldi, Lidl, X5 Retail Group and other grocery retailers, and each article proved to be very popular with readers. By far, the topic of Amazon and Whole Foods generates the most excitement, even though I have stated in articles like this one that it will take Amazon several years to impact grocery retailers; I estimate 2021 at the earliest. According to the article in RetailLeader, food retailers have been obsessed with the combination of Amazon and Whole Foods since the acquisition was announced two years ago. The angst is deserved because Amazon is involved, but it is also disproportionate to the impact the combination has had on food retailing overall. A bigger impact during the same period was caused by Walmart thanks to its greatly improved fresh offering and the rollout of grocery pick up, which has fueled strong same-store sales growth and market share gains, stated RetailLeader.

What’s been overlooked by many retail analysts is that while Whole Foods and Amazon work behind the scenes on their strategy for grocery retailing and fulfillment, other grocery retailers have actively been investing capital building stores. It’s no surprise that Walmart, Kroger, Albertsons and other large grocery retailers have continued to build stores. It’s also no surprise that Aldi, and now Lidl, are investing heavily in building more stores. What is surprising, however, is how Dollar General (under the radar) is making significant investments to allow the retailer to sell more groceries in the stores that it’s already opened and stores that will be opened in the future.

I agree with RetailLeader when it makes the argument that Dollar General has the potential to become a bigger threat to established grocery retailers than Amazon/Whole Foods. Why? Because Dollar General has emerged in recent years as a food retailing force with sales greater than the likes of Meijer, Hy-Vee and Aldi. What’s more, Dollar General, in the next few years, will become a much larger player worthy of the distinction of America’s fastest growing food retailer.

Here are five reasons why:

Consumables represented 77.5 percent of Dollar General’s total 2018 sales of $25.6 billion. With the addition of 975 new stores in 2019, Dollar General is on track to end the year with roughly 16,000 stores. Its stores aren’t always the most neatly merchandised, and there are no elaborate prepared food presentations, but that’s not Dollar General’s game. It appeals to convenience-minded opening price point shoppers.

Note: I recently returned from Moscow, Russia where I provided consulting to X5 Retail Group, which just opened their 15,000th grocery retail store. The fact that Dollar General operates 16,000 stores capable of selling groceries is significant. For a frame of reference, Whole Foods operates 500 grocery stores; Kroger operates 2,764 stores; Aldi will operate 2,500 stores by 2023; and Walmart operates 4,769 stores in the U.S. Dollar General doesn’t have to have stores as large as Kroger or Walmart to slowly siphon away customers.

2. Dollar General Is Already Investing in Its ‘Most Impactful’ Merchandising Initiative: An Extensive Cooler Rollout

The addition of coolers to new and existing stores, a process begun in 2013, has been described by CEO Todd Vasos as the company’s most impactful merchandising initiative. Roughly 12,000 cooler doors were added across the chain in the first quarter as part of a plan to add 40,000 doors this year.

3. Dollar General Has the Scale to Begin Self-Distributing Fresh and Perishable Goods

With cooler doors in more places, Dollar General has the scale to begin self-distribution of frozen and refrigerated goods, including dairy and deli. The initiative is called DG Fresh, and the first facility came online in Pottsville, Pennsylvania, in the first quarter, serving 800 stores in the Northeast. A second facility in North Carolina will come online this month, followed by two more locations later this year, servicing a total of 5,000 stores. Dollar General expects the self-distribution initiative to improve margins, on-time deliveries and in-stock levels and to be chain-wide within three to four years.

4. Dollar General Has Been Increasing Its Expansion Into Produce

Produce is showing up in more places, and the pace of expansion is likely to accelerate. Produce was added to 50 stores in the first quarter, giving Dollar General 480 locations with produce. With self-distribution capabilities growing, produce could soon be in a lot more stores. The reason why is the impact on comps (a company’s same-store sales compared to the previous year or a similar store). The company has shared that a traditional remodeled store with an average of 22 cooler doors delivers a four to five percent comp lift. A store format called Dollar General Traditional Plus, or DGTP, has an average of 34 higher capacity coolers that generate a comp lift of 10 to 15 percent. When produce is added, it helps the company hit the high-end of that range.

An initiative called “Better For You” launched in 2018 and saw an assortment of healthier products extended to 2,500 stores last year. It is expected to be in roughly 6,000 locations by year end, facilitated in large part by the DG Fresh self-distribution ramp up.

When the next recession comes, and one always eventually comes, history has shown value formats benefit. A period of economic weakness is likely to spur traffic to Dollar General stores as shoppers tend to trade down. Those who do will discover an expanded assortment of affordably priced food, stated RetailLeader.

Still another reason why Dollar General is doing so well comes from this report by Bank of America, which states in a recent research note:

Retailers should take note that the spending power of sticker-conscious shoppers is on the rise. Bank of America Merrill Lynch in a new research report said purchases made by low-income consumers (U.S. households making less than $50,000 per year) grew six percent this past April from a year ago, outpacing both middle- and upper-income consumers’ spending growth across the country.

I don’t believe the strategy of Dollar General is to wait until the next recession before it generates ROI from its investments in coolers and expanding its assortment of groceries. I’m sure that Dollar General will take advantage of the growing purchasing power of its lower-income consumers, as well as work to attract higher income customers to generate additional revenue and expand its total customer base. I’m convinced Dollar General will offer its customers more higher quality private label products and continue to offer the freshest of fresh produce and other perishable products reminiscent of Aldi and Lidl’s strategy. I also won’t be surprised if Dollar General introduces an online pharmacy, as well as a mobile app capable of allowing its customers to speak with a pharmacist.

A little-known fact about the grocery business is that 80 percent of sales are generated by 20 percent of the items stocked in the store. The items are: meat, milk, eggs, fruits, vegetables, dairy products, baked goods and alcohol (hence the reason I like the idea of Dollar General acquiring Sprouts). Dollar General, by focusing on the core groceries that generate 80 percent of sales in a grocery store, can generate massive amounts of revenue in the coming years. Acquiring GoPuff to provide delivery of snacks, groceries and food to customers will significantly increase the ability of Dollar General to expand its customers base across different demographics.

An interesting question to ask is this: Who will acquire Dollar General? I have assessed the question from different points of view, and I always come to the same conclusion—the company that I believe should acquire Dollar General is Amazon. Amazon requires additional retail space and a better strategy for attracting low-income consumers who prefer Walmart and dollar stores. Anything Amazon can do to pull customers away from Walmart and increase grocery sales would benefit Amazon. Acquiring Dollar General would create exceptional opportunities for Amazon to expand its grocery footprint.

In addition, Amazon sells many items that are termed as CRaP—Can’t Realize a Profit. However, if Amazon acquires Dollar General, Amazon could introduce new products into the stores, as well as build larger discount stores (sort of a Costco for low-income consumers) to sell lower margin goods and groceries. Finally, Amazon has done a great job of attracting high-end consumers and middle-class consumers. Acquiring Dollar General would expand Amazon’s customer base and help the company grow even more by creating a customer experience specific to the needs of low-income shoppers.

Regardless if Dollar General is acquired, it’s conceivable that 10-years from now, Dollar General will operate 25,000 or more stores and look completely different than the company it is today. Frankly, I believe the sky is the limit for Dollar General. 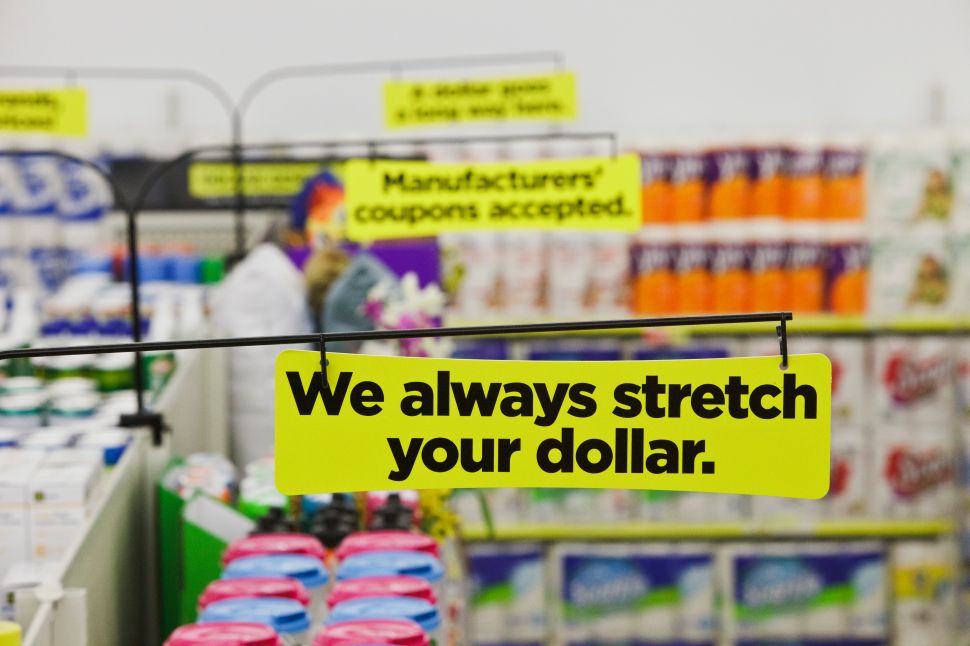