So, say your mom is coming in to New York City for the weekend (a fairly common phenomenon), and you’re trying to decide how to plan it out. At Observer, we’ve come to the consensus that one of the most common things we hear people gripe about after a long weekend spent with a parent is that they feel they had zero time to spend alone, and are subsequently exhausted. This totally makes sense: no matter how good your relationship with your mom is, her mere presence is bound to trigger some weird response you weren’t anticipating. And weird doesn’t necessarily mean bad, by the way!

The two of you could be out at dinner, cracking jokes about a Christmas dinner that happened a decade ago, and then all of a sudden, you both find yourselves draped over the appetizers, weeping about a dearly departed relative. A cathartic experience, perhaps, but inherently stressful at its core. Subsequently, this is why the iconic Rainbow Room is so great. It’s the perfect place to escape to when your mom is in town, and you need a night away from her and her endless anecdotes about infighting in the local birdwatching community.

This reporter recently attended a Tierra Whack concert at the Rainbow Room on a steamy Friday night, and the room’s shape-shifting opulence hits you like a ton of bricks. It’s not that the Rainbow Room is particularly snobby, but it has an eerily adaptable energy that allows it to transform from a corporate brunch venue to a raucous Coachella-adjacent dance floor at the drop of a hat.

During the concert, Whack (an incredible rapper; if you haven’t heard of her yet, you will) spit songs at the audience while wearing a reversible dress and a head piece with an eerie face affixed to the back of her skull, so no matter where she turned, eyes appeared to be staring at you. It was wonderfully subversive, transporting and vivid. But the concert started very late at night, which means moms wouldn’t generally be interested. And the Red Bull vodkas everyone was downing cost something like $13 apiece, an inflated price a mom would (rightfully) scoff at.

Because listen, here’s the thing about all moms: they love hotel rooms and staying in every once in a while, which is why your mom won’t mind if you tell her you have plans on some Saturday evening and simply can’t get away. Truly, she won’t mind if you gently ditch her for a night of New York debauchery with your friends. Finally, here’s all you need to say in order to convince your matriarch that the Rainbow Room isn’t for her: “It’s 65 floors up.” Moms don’t like heights! 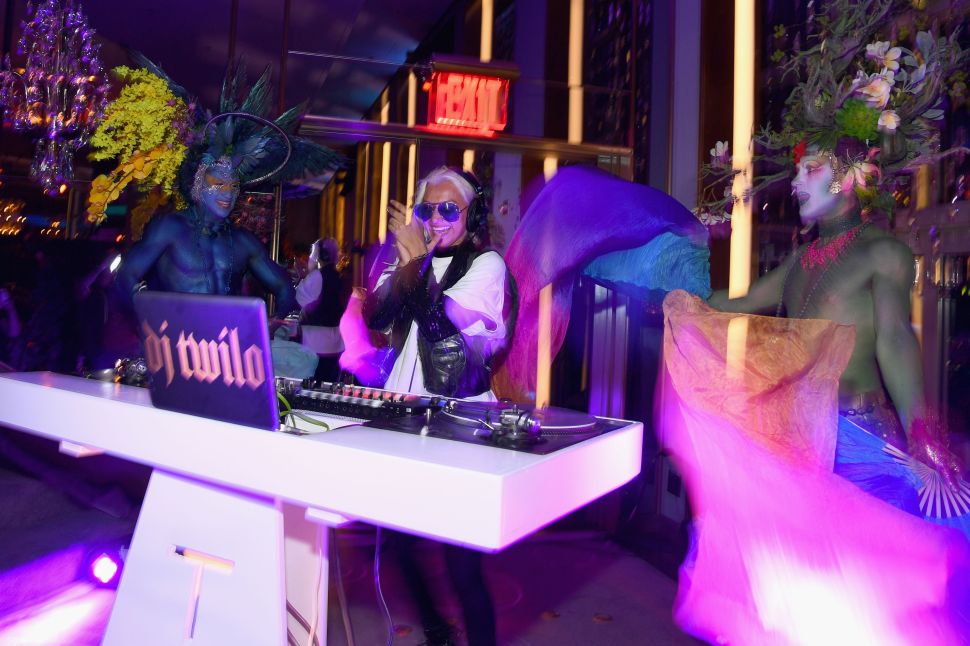