Cyrus Summerlin is the 24-year-old tech founder determined to build products his generation actually wants to use.

You may remember Summerlin from his teenage years, when he and friend/co-founder Max Hellerstein went viral after launching their Push for Pizza app, created out of his mom’s Brooklyn basement. The app’s premise was simple: deliver users fresh local pizza with the push of a single button. The duo later sold the pizza delivery platform to the popular marijuana delivery service Eaze, a befitting acquisition, one might say.

These days, Summerlin is busy running yet another young consumer-facing app, also co-founded by Hellerstein. As the chief creative officer of the QVC-esque platform Down to Shop, Summerlin oversees the content on the app, which is an integral component of its growth and revenue strategy. Down to Shop touts itself as one of Silicon Valley’s first “content-meets-commerce platforms,” in which viewers can buy directly from the shop-able original shows that the team produces.

Summerlin and his team recruited comedic Upright Citizens Brigade alumni and online creatives such as Wahlid Mohammad to help bring the app’s shows to life. The company partners with brands to feature a single product in each “episode.”

Down to Shop, which launched in April, has been seeing a weekly growth of 10 percent. According to the company, their customers are primarily made up of the coveted Gen-Z and younger Millennial demographic, who clock in approximately 30 minutes of viewing time daily.

You’ve called Down to Shop “a QVC for Gen Z.” Can you explain why creating such a platform could help change e-commerce as the next generation becomes the primary market?
What QVC did for Baby Boomers, DTS will do for Gen-Z: help them fall asleep. Just kidding, but that is one of many amazing things that QVC does really well. When you really study their formula, they provide a form of entertainment value with a consumer focus. Maybe you and I don’t necessarily think that QVC has entertainment value, but I assure you that their audience (my grandma) and the billions of dollars that they spend every year would beg to differ. So we asked ourselves, what would entertainment value with a consumer focus look like for our generation? It looks like Down to Shop and it’s frickin’ siiiiick.

The format for Down to Shop is different than most online shopping experiences in that it relies on original content to sell engaged viewers a product. Can you describe how the idea came about?
To be honest, DTS was inspired by how boring shopping online has remained and how little advertising has evolved. We make funny videos about cool, new products every single day and display them in an interactive app experience like you’ve never seen before. We believe in creating a destination where people want to go because they know they’re going to be entertained into making a purchase. It’s also a better experience for the brands too. They love the customer engagement that our platform provides compared to others.

There’s somewhat of a #spon fatigue happening on social media at the moment. Down to Shop was specifically created as a departure from the influencer bubble that plagues many people’s feeds daily. How do you foresee apps like DTS bursting that bubble, so to speak.
Really glad you brought this up. I think the influencer era is coming to an end. It’s corny, overvalued and people can see through the #AD. And it’s not just the influencers, it’s the social media platforms that are fatiguing too. Once you figure out that every fourth post on your Instagram feed is an advertisement, you can’t unsee it. It’s never been a better time for something like DTS to come along with a really self-aware approach that doesn’t insult your intelligence, but rather tickles it. We’re selling you stuff. You know that, we know that, and we’re all in on the joke. So let’s have some fun with it. Does Amazon make you laugh?

This isn’t your first startup. At such a young age you’ve already founded and sold your first company, Push for Pizza, another app catering to your own generation. What’s it like being a young serial entrepreneur, and what sets apart the wave of Millennial tech moguls from those of the early Dot Com era?
That’s a big question. I think we owe our dot com forefathers a lot of gratitude for setting the foundation. I would also say that a very small handful of the dot com OGs control the distribution of information on the internet, making it more challenging than ever to stand out. Sure, you can say anyone can run their own ads on Facebook, but that’s also the problem. Anyone can run their own ads on Facebook. I think there is definitely a strong current of creativity among my generation to make the internet less homogenous, and I think that’s why making an app is becoming cool again. It’s your own slice of whatever you want and not just an account on a platform that everyone has access to. Speaking for DTS, there wasn’t an out-of-the-box solution for making what we think is the best shopping experience ever, so we had to go build it.

How did running your first startup as a teen CTO (chief tasting officer, in your words) help you in your next venture? What did you learn the first time around that you’re currently applying?
Did I really say that? Well, thanks for still agreeing to talk to me… I’d say a big takeaway from that experience was becoming comfortable with the fact that the future is uncertain. You really have to come to terms with that and not let it drive you crazy, but almost empower you. There is no perfect startup manual. Another important lesson from the pizza days was the importance of creating a brand identity and voice that feels real. It gives you a lot more satisfaction out of what you do every day, and it’s definitely something that people gravitate toward. Real recognizes real.

Finally, what’s next for you?
Turn Down to Shop into the mall of the internet, and be the only place Gen-Z wants to shop and hang out at. And I really want to learn how to play the saxophone. 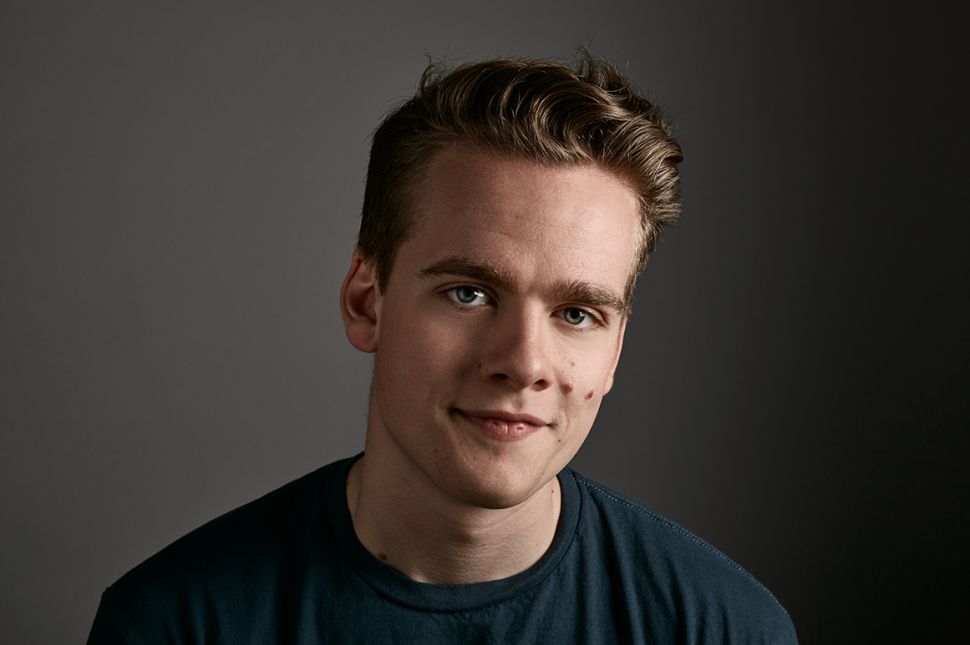