Like their ride-share counterparts before them, e-scooter makers are riding their way into markets one way or another.

While cities like New York have been adamant about keeping the two-wheel vehicles off their streets, vocal support from local officials and lobbying by scooter makers is proving to soften them up. On Wednesday, the New York State Assembly is voting on a bill to legalize electric scooters throughout the state, which would also cover electric bikes.

The city and state legislation—Assembly Bill A7431 and Senate Bill S5294—are being co-sponsored by state Senator Jessica Ramos and state Assemblywoman Nily Rozic, while other local lawmakers rallied behind them to help pass it. While Governor Andrew Cuomo says he still has concerns on the drafted bill, the language dictates that dockless electric bikes and scooters will not be allowed on sidewalks.

And it’s not just local politicians fighting to get motorized rides legalized on behalf of constituents. As previously mentioned, e-scooter companies have joined in on the action, encouraging New Yorkers to sign petitions in support of the bills. For example Lime, one of the industry’s leaders, has provided an open form to collect signatures for the city and state bills.

Other startups are taking more extreme measures to get New York customers on their units. Manhattan-based Levy Electric, which manufactures and sells affordable e-scooters directly to consumers, is literally taking to the streets to lobby for the bill passage. Levy’s chief marketing officer Tim Stiefler told Observer the company has gained attention for its taped experiment, in which riders scooted around Manhattan without getting a single police violation.

“We approached 17 different police officers and did everything we could to get a ticket in order to test the legality of electric scooters in New York,” Stiefler said. This week, Levy has also been spotted vandalizing the semi-shut down L train platform signs with “F the L” stickers.

New Yorkers have already gotten a taste of electric two-wheel rentals this summer, with Revel mopeds hitting the streets of Brooklyn and Queens earlier this month. But mopeds, the city argues, don’t pose the same risks as e-scooters due to their registered license plates and insurance coverage.

The argument touting electric moped safety over scooters is irrelevant, since there is no data to compare the two, Stiefler explained.

“Revels are significantly faster and more dangerous than e-scooters,” which makes them an official “vehicle” in the eyes of the law, he said. “E-scooters max out at 17 to 25 mph usually. So, it’s this grey area where they aren’t fast enough to require a license, but they are fast enough to be more ‘dangerous’ than a push scooter or Citi bike.”

While injuries have been on the rise in recent years, that probably has more to do with the increase of app-enabled scooters than safety, especially when considering both Lime and Bird only launched in 2017.

The injury concerns, while being used by lawmakers as justification for bans, has also helped motorized scooter companies up their safety features.

This month, both Lyft and Uber revealed new versions of their respective e-scooters, with Uber’s Jump model boasting a new braking system that makes it easier to slow down.

New York’s bill will be voted on during Wednesday’s legislative session in Albany. If passed, it will then go to Cuomo’s desk for signing. 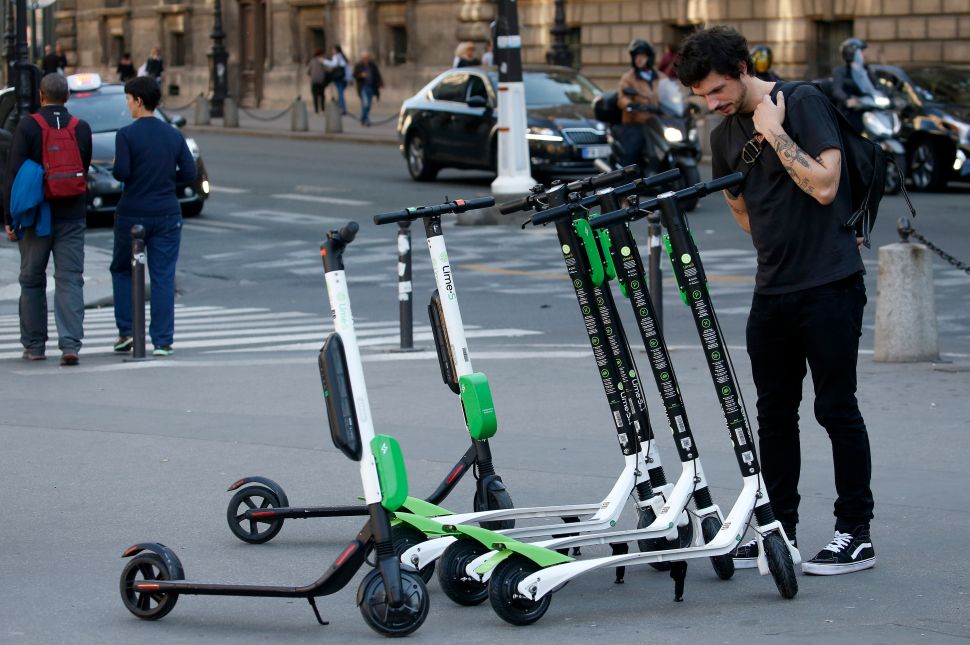