The electric scooter phenomenon has naturally resulted in a spike of injuries.

According to a new study by Rutgers University, facial and head injuries from riding electric scooters “have tripled over the past decade.” The findings are not surprising, considering the explosive popularity of shared scooter startups like Bird and Lime, which have rapidly expanded into international cities in the past couple of years.

The study, published in The American Journal of Otolaryngology, found that “From 2008 to 2017, there were 990 recorded events for craniofacial injuries secondary to motorized scooters extrapolating to an estimated 32,001 emergency department (ED) visits.”

The majority (62.1 percent) of patients injured while riding electric scooters were male, with most of them being children between the ages of six and 12 years old.

While the sheer numbers of motorized scooters on the road today could be blamed for the increased injuries, the study found that the cause is actually due to adult riders foregoing wearing the “appropriate protective equipment.” According to the study, when helmet use was recorded, 66 percent of patients were not wearing one. Despite strong recommendations for protective helmets, most dock-less e-scooter rides lend themselves to a lack of rider protection. This is especially true considering the “slow” limited 15 miles per hour that these scooters are designed to go up to.

The study’s release coincides with Uber revealing the latest iteration of its Jump e-scooter—the electric bike rental startup it acquired in 2018—at this week’s Uber Elevate conference. The latest Jump scooter boasts a new braking system, which makes it easier to slow down, in turn helping to improve safety measures for riders.

Electric scooter safety has been under scrutiny since app-powered rental startups came on the scene, prompting many cities to ban them altogether. Major cities like New York and Austin have managed to keep these companies from invading their streets by quickly drafting local laws banning the two-wheeled electric vehicles.

As more scooter fleets flood cities around the world, the Rutgers study’s goal is to showcase the need for stricter electric scooter use policies and public safety awareness to prevent increasing injuries. 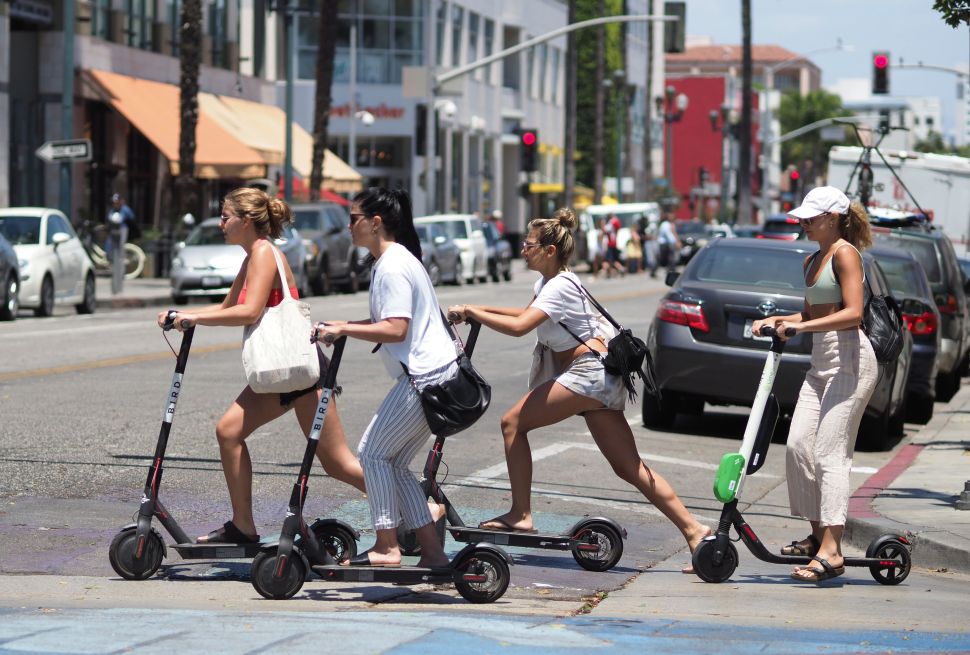