In the game of the Democratic Party primary, there’s no question as to “who’s on first?” It’s former vice president Joe Biden. But now we know “what’s on second.” Massachusetts Senator Elizabeth Warren has leapfrogged Vermont Senator Bernie Sanders to emerge as the alternative to front-runner Biden. The question is: How did she do it?

Certainly, there are Bernie Sanders fans who will cry foul. But from The Economist/YouGov poll of June 16-18, we see Warren ahead of Sanders by four points (16 percent to 12 percent), her second straight lead if you factor in the Monmouth poll (she tops Sanders 15 percent to 14 percent).

Sure, it’s a pair of polls, but consider that Warren was at five percent and in fourth place at the beginning of the month according to The Hill/HarrisX poll (behind Biden, Sanders and Pete Buttigieg, barely ahead of Beto O’Rourke and Kamala Harris. Sanders, meanwhile, is stuck in the teens in these surveys, unable to gain much traction. According to Monmouth, Sanders has fallen from 25 percent in March of 2019 down to 14 percent in June of 2019.

The FiveThirtyEight Politics podcast from June 10 devoted much of its episode to whether or not Warren was passing Sanders a few weeks ago. The group sensed a surge for Warren and could see the polls, but they couldn’t explain why the senator from Massachusetts is moving ahead of the senator from Vermont. So I dug deeper into the data, with tests, to see why there’s a new alternative to Joe Biden emerging in the Democratic Party.

If you think that Warren’s surge is due to women in the polls, it’s not supported by the data. In fact, among those who have a very favorable rating among females, Sanders leads 17 percent to 16 percent, and 41 percent to 36 percent with very favorable and somewhat favorable combined, according to The Economist/YouGov poll.

If anything, Warren had a consistent weakness among women, and many other groups. Not everyone knew enough about her. If the 538 Politics podcast team was right that she’s moving ahead because she has became focused on ideas, her “don’t know” category wouldn’t be 30 percent among women, as well as other groups.

Theory 2: The Race for Race

When it comes to race, neither Northeastern liberal is really gaining much separation. Warren is doing better among blacks (44 percent) than Sanders, who leads Warren by six points among Hispanics. Among whites, there’s not much difference, as stated by The Economist/YouGov poll.

According to The Economist/YouGov polls Bernie Sanders outpoints Elizabeth Warren among the youngest voters (50 percent to 40 percent), while the senator from Massachusetts fares a bit better among the 65 and older crowd.

Theory 4: Welcome to the Party, Elizabeth

Warren has a better standing within the Democratic Party, getting more of the “very favorable” views among the party faithful than Sanders, the quixotic liberal who can’t seem to bring himself to join the party he’s promised to lead, as noted in The Economist/YouGov poll.

There’s not much differences between the two New Englanders among independent-minded voters, or Republicans. All we know is that neither group is hospitable, though, Warren again leads in the “don’t know” category, meaning that those ideas she’s been touting are still leading to some question marks among voters.

Both candidates are not so different when it comes to their regions. Both are from the Northeast, so that explains the similar scores for that area for both candidates, as well as the Midwest, South and West.

What is also consistent is that both have stronger “very unfavorable” scores than “very favorable” scores in every region. Again, Warren is not as well known, leading to higher “Don’t Know” responses than among those who think they know Sanders in that Economist/YouGov poll.

It took the Monmouth polls to uncover a different factor: ideology. Warren is doing better among voters on the left. “Warren’s support has jumped five points to 15 percent from 10 percent in May. Sanders holds onto 14 percent support, which is similar to his 15 percent support last month. Warren’s biggest gain has come from self-identified liberals (25 percent, up from 14 percent in May),” the polling institute wrote.

But these polls don’t say why she’s surging with those on the left. A poll of New Hampshire citizens actually revealed that Warren is performing better among Democrats who lean to the right too, at 17 percent (far ahead of anyone not named Biden).

Why would gender, age and race not matter that much for the second-place position among Democrats, but party ID and ideology account for so much? Sanders has officially wrapped himself up in the flag of socialism, defending that position, a stand that voters in the general election, and even the primary, could become wary of. That “Capitalism With Rules” plan that Elizabeth Warren utilizes resonates with the more moderate members of the party, and maybe appears more electable to even liberals than someone taking their own position.

The question is whether Elizabeth Warren can sustain her position. Many other candidates take from large donors, but she ruthlessly sticks to a “small donor-only” fundraising philosophy, which could cost her capital in pursuit of principle, according to the 538 Politics podcast team.

Also, so much of Warren simply registers as “don’t know” to voters. Unless she can make her plans a mantra, she’ll either fade in the memory of primary-goers. Or someone else like President Donald Trump will define her, and not in the most positive light. Remember the “Pocahontas” quip over her identification as Native American and her ill-advised DNA test to counter him? It’s what contributed to Warren’s slow start in surveys in the first place.

These wonky plans she’s developed that reporters seem to love need to be understood by voters, and easily defined by a few words that embody the plan, or we’ll see Warren leapfrogged just as easily by the person in third, better known in the “who’s on first” baseball skit as “I don’t know.” 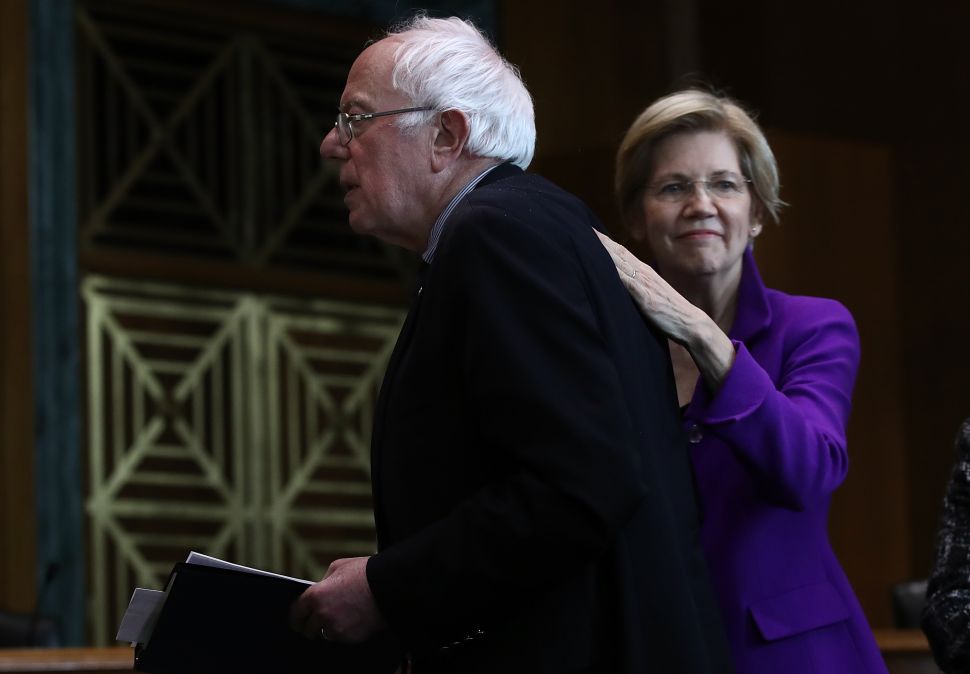