“Caliburn has profited directly off of the Trump administration’s inhumane immigration policies — while children at Homestead are reportedly kept in unsanitary, prison-like conditions, often for months,” wrote Warren in a policy proposal released on Friday to end private prisons.

The 2020 Democratic candidate sent Caliburn and its CEO several letters in May and June, noting Kelly’s role in the White House’s controversial “zero tolerance” policy, which forced unaccompanied migrant children into detention centers.

This “is just the latest example of private prison companies wringing billions out of federal taxpayers,” said Warren. “I’ve been after these companies to come clean about their practices and human rights abuses. Every answer just raises more questions.”

In her new proposal, the senator says, should she be elected president, she will ban private prisons and detention facilities by terminating their contracts with the Federal Bureau of Prisons, U.S. Immigration and Customs Enforcement (ICE) and the U.S. Marshals Service. She would extend these bans to the state-level by “conditioning their receipt of federal public safety funding on their use of public facilities.”

Warren also plans to stop contractors from charging service fees for essential services like “phone calls, bank transfers and health care.” To ensure contractors comply, she would install an “independent Prison Conditions Monitor” that would operate out of the Department of Justice’s Office of the Inspector General. 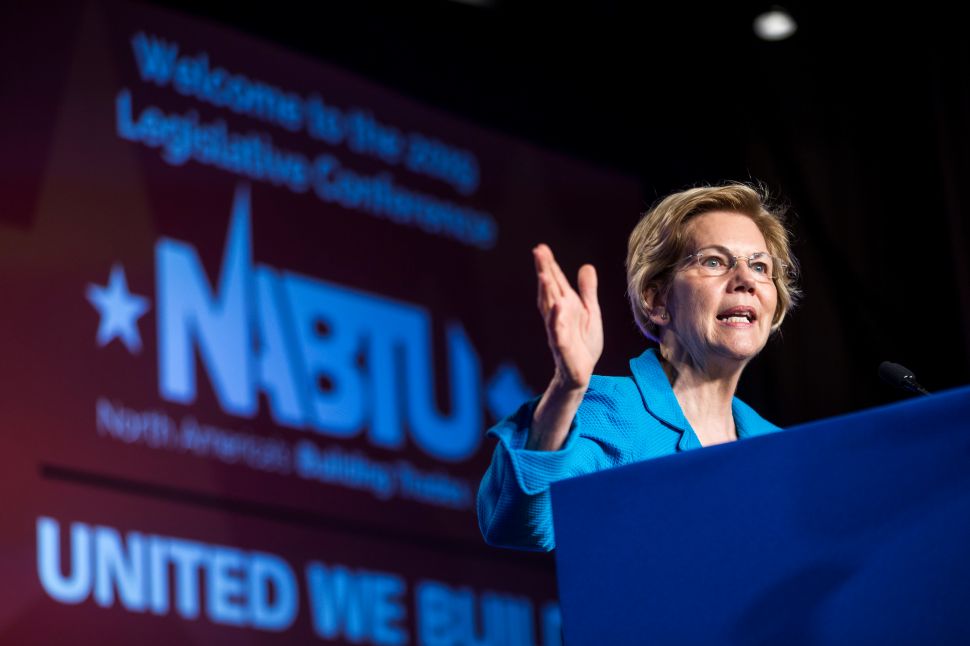