Senator Elizabeth Warren (D-Mass.) described her presidential platform as “a fantasy,” given her ability to make policies, which she has promoted for decades, mainstream. She also claimed her campaign has shifted the Overton window—the range of ideas deemed socially acceptable in public discourse.

“This is a fantasy,” the 2020 candidate told The New York Times. “It’s this moment of being able to talk about these ideas, and everybody says, ‘Oh, wait, I better pay attention to this.’ It’s not about me; it’s about those ideas. We’ve moved the Overton window on how we think about taxes. And I think, I think we’re about to move it on child care.”

As a former Republican, Warren once opposed universal day care for fear of “increasing the pressure” to send both parents to work, and even sought to expose everyday Americans who declared bankruptcy. Now, she is championing early childhood programs ahead of 2020, while taking on the biggest corporations like Google and Amazon with threats of antitrust regulation. To pay for her ambitious initiatives, which also include universal college and student debt forgiveness, Warren has promised a wealth tax which aims to raise $2.75 trillion in revenue over 10 years.

When asked by the Times who her favorite president is, Warren responded with Teddy Roosevelt, citing the leader’s efforts to break up railroad holding companies in order to increase competition.

“If you go back and read his stuff, it’s not only about the economic dominance; it’s the political influence,” said the candidate. “It’s structural change that interests me. And when I say structural, the point is to say if you get the structures right, then the markets start to work to produce value across the board, not just sucking it all up to the top.” 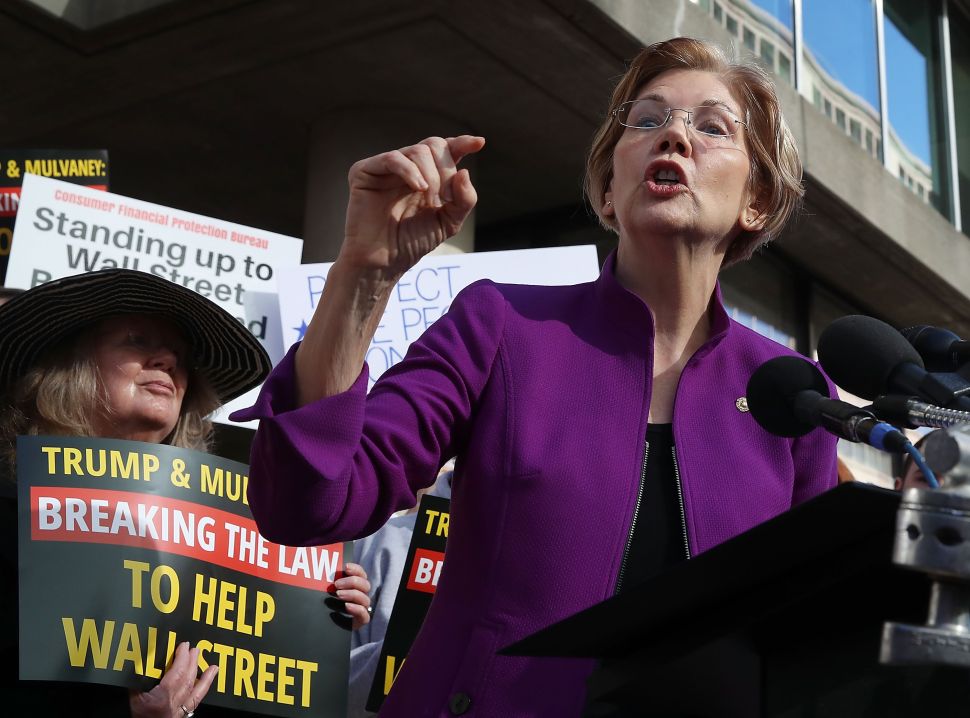