Aside from noting that voter suppression and outside election influence are prevalent, the Massachusetts senator says the design and security at many voting locations need major upgrades.

SEE ALSO: The Evolution of Voting From Counting Beans to Computer Hacking

“Our elections should be as secure as Fort Knox. But instead, they’re less secure than your Amazon account,” Warren wrote. “State and local officials take their jobs seriously, but they often don’t have the resources to secure their elections.”

While Warren didn’t miss the chance to criticize Amazon, she also went on to provide examples of how many voting stations around the country lack the infrastructure and proper technology to tally votes correctly.

“Laughably, in 2019, some still use Windows 2000 and Windows XP. Twelve states still use paperless machines, meaning there’s no paper trail to verify vote counts. Some states don’t require post-election audits,” she explained. “And 10 states don’t train election officials to deal with cybersecurity threats. This is a national security threat, and three years after a hostile foreign power literally attacked our democracy, we’ve done far too little to address it.”

Aside from updating the hardware and encryption, Warren is also proposing a constitutional amendment to guarantee efficient, seamless voting for all who line up to cast their ballots.

For federal elections such as the upcoming presidential one, Warren wants the government to provide “state-of-the-art federal machines, federal ballots, and federal security.” And for individual states that want to implement this standard during their local elections, the government will provide the resources to do so.

Tech has been a major topic of contention throughout Warren’s campaign. Although, until now, the candidate has been known to critique the industry for antitrust and monopolization, even prompting other lawmakers to join her efforts to regulate them.

The Democratic nominee hopeful will take the stage during the first primary debate in Miami on Wednesday night, where she’s expected to be the standout among the large lineup of candidates. 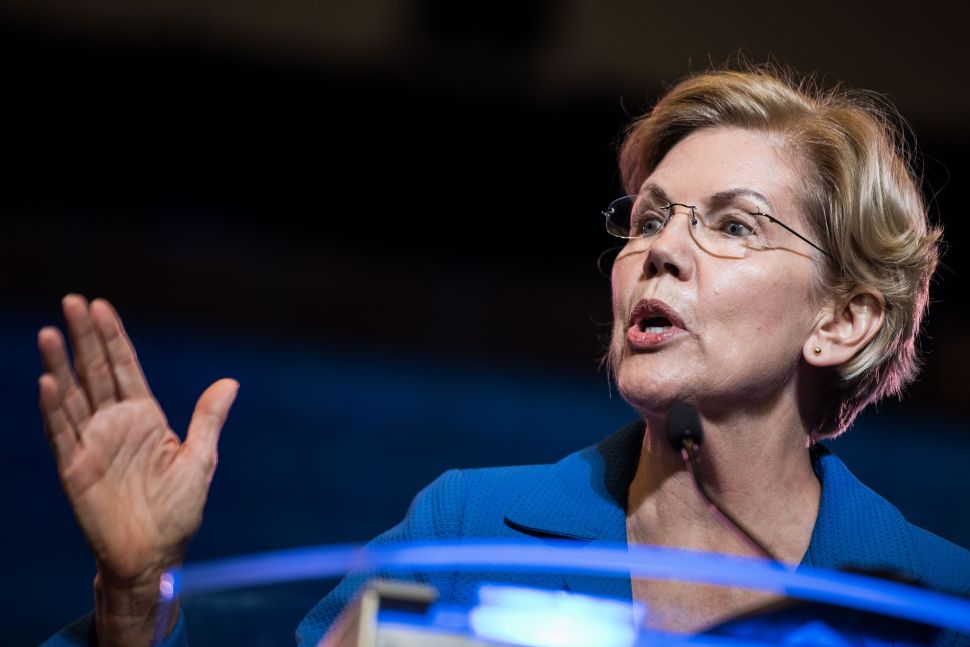