Perpetual home flippers Ellen DeGeneres and Portia de Rossi are at it again. The couple is known for their frequent (and very pricey) real estate buying and selling sprees, and now they’ve decided to list their sleek beach house in the Carpinteria enclave of Santa Barbara up for sale.

DeGeneres and de Rossi purchased the 1.1-acre property for $18.6 million in October 2017, and now they’re looking for a sizable profit—the 5,979-square-foot home is on the market for $24 million, as first spotted by Variety.

The kitchen is fitted with white Bulthaup cabinetry stainless steel appliances, with an industrial-style center island, per the listing held by Compass broker Suzanne Perkins. It’s open to a family room and additional dining area.

The master suite occupies the entire second floor, with a double-sided fireplace, massive walk-in closet and sitting area. The bathroom has a soaking tub and a separate shower, and both the bedroom and bath have access to a private beachside terrace. There’s also a fitness studio, which opens to a rooftop balcony, perhaps for an outdoor workout moment.

There’s an enclosed courtyard with a fireplace in the center of the property, in addition to an oceanfront deck. There’s a one-bedroom, 883-square-foot guesthouse and a clay tennis court elsewhere on the grounds.

The Ellen Show host is leaving behind a few famous neighbors, including Ashton Kutcher and Mila Kunis, who paid $10.1 million (in all cash) for a house on the very same street earlier in 2017.

This is hardly the only big real estate move from DeGeneres and de Rossi as of late. The duo recently scooped up Adam Levine and Behati Prinsloo’s Beverly Hills mansion for a staggering $45 million, just a few months after starting out the year by buying a $27 million Montecito mansion. 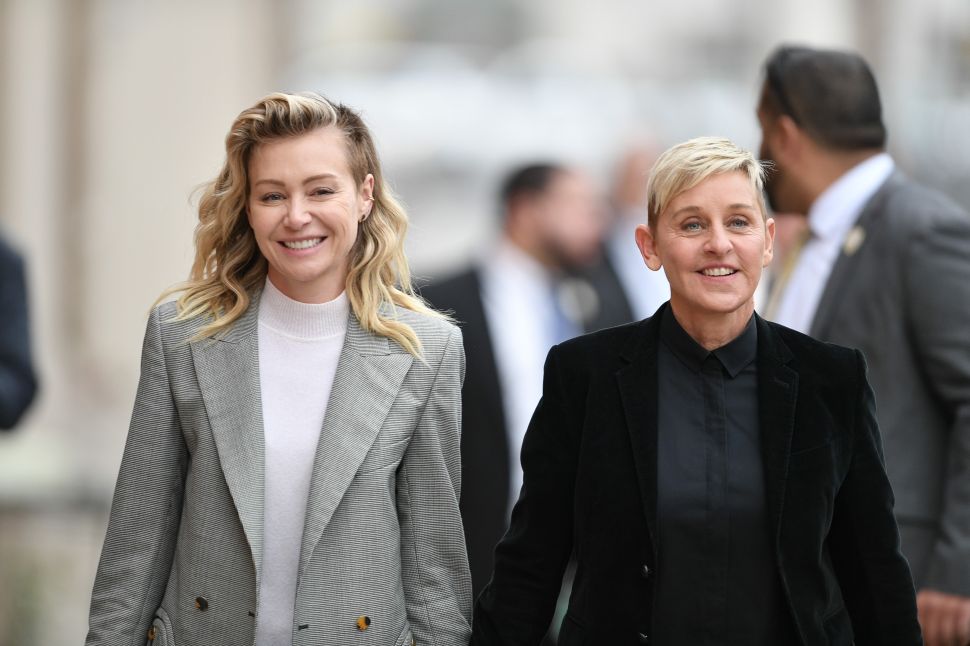