SpaceX CEO Elon Musk has said there’s a good chance he will retire on Mars. But before leaving Earth, the space entrepreneur still has a lot of work to do—such as sharpening his knowledge about what the red planet looks like.

SEE ALSO: So You Want to Be a Space Tourist?

On Sunday night, Musk posted a picture on Twitter that said “Occupy Mars” with a pretty image of a reddish planet attached.

But his followers quickly noticed that that image wasn’t Mars at all, but an image of the “blood moon” taken during a lunar eclipse last summer.

Musk was quick to admit his mistake, too. In a Twitter reply, he jokingly said “[occupy] Moon, too” and even suggested that he could land on the moon before Mars because “it’s only three days away and you don’t need interplanetary orbital synchronization.”

For sure moon 1st, as it’s only 3 days away & u don’t need interplanetary orbital synchronization

Musk’s rocket company SpaceX has been developing a launch site for reusable Mars rockets in Texas since 2014, Business Insider reported earlier this month. If all goes according to plan, the launch system will send humans to Mars by the mid-2020s and build a sustainable city there in the 2050s.

And by the way, this is a real photo of Mars taken by the European Space Agency in the planet’s natural color in 2007. 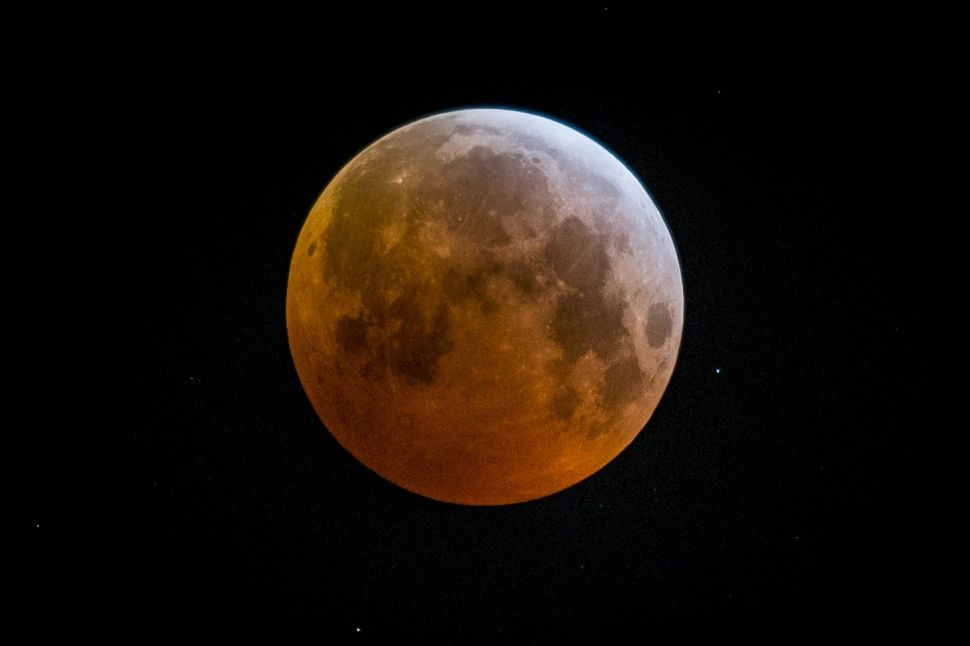