A Swedish-German co-production in English, Euphoria should be called Dyspepsia. It lulls you into a disagreeable stupor clearly labeled “who cares?”

Alicia Vikander, failing to live up to the potential she showed in her Oscar-winning role opposite Eddie Redmayne in The Danish Girl, plays Ines, a miserable, New York-based artist with a look of terminal blankness, who accompanies her estranged older sister Emilie (Eva Green) to a mysterious spa in the mountains where writer-director Lisa Langseth curiously leads the viewer into suspecting foul play.

Instead, the film sinks into a despairing morass of endless babble about the mortal coil. Turns out Emilie is dying and the purpose of her trip to this isolated retreat is to force Ines to observe her death. It’s a resort established for the purpose of allowing the guests to plan their own death scenes, guided by a hostess, with a phonograph that plays nothing but David Bowie records, played by a stoic and sadly wasted Charlotte Rampling. (Massages are extra.)

Unfortunately, there is nothing remotely interesting about Emilie’s exit strategy. Her plan, obviously, is to talk herself to death⁠—taking the audience along with her in a state of tedium from which no escape is possible.

Writer-director Langseth’s droning, poorly written conversations and weak direction suggest a flaccid and clumsy combination of Ingmar Bergman and John Boorman, and the repeated insertion of Bowie’s ghastly “Rock n Role Suicide” made me want to check out long before the doomed Emilie. We’re all going to die anyway. My hope is that we do it with more emotional electricity than anything in Euphoria. 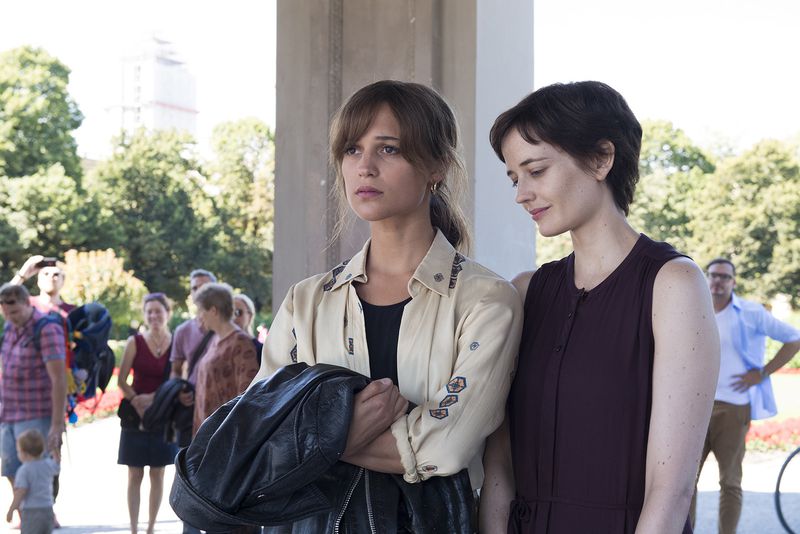