In the brutally competitive world of fashion, Tory Burch’s gold-plated double-T logo is arguably one of the most recognizable brands in contemporary fashion, which has made its creator, designer Tory Burch, one of the most admired businesswomen in America. Forbes magazine ranks her among the world’s 100 most powerful women and estimates her net worth at $850 million.

Those accomplishments aside, though, the 53-year-old fashion mogul is still struggling to tackle a problem that has bothered her since the beginning of her career.

SEE ALSO: How Tory Burch Wants to Change the World

Having worked at other fashion houses (including Vera Wang and Ralph Lauren) before founding her own brand, Burch said she had a hard time asking for raises early in her career because she’s a woman. That experience of special treatment for women in the workplace didn’t stop, even after she set out to start her own label in the early 2000s, and sadly is still troubling for many working women in 2019.

“When I first started my company, it was called a vanity project. I was introduced as a female CEO. I was like, ‘When is a man introduced as a male CEO?'” Burch said during a panel about the gender pay gap at the Forbes Women’s Summit in New York on Tuesday.

“I don’t understand why this debate is still going on,” she continued. “It’s an issue of humanity. Women are 50 percent of the population. Equality should be a given, not a favor.”

In her own experience, Burch simply had to fight the gender discrimination head on and convince the suit-and-tie business world that a female CEO was just as capable as an male one. “If I’m not my own best advocate, no one else is going to be,” she said.

But for the next generation of female entrepreneurs who are just as talented and ambitious, Burch wants to use her influence to make the path to the top a bit easier.

In 2017, Burch’s nonprofit vehicle, the Tory Burch Foundation, launched a campaign called “Embrace Ambition” to counter-balance the discrimination against women in business. The initiative featured social media campaigns under the hashtag “#EmbraceAmbition,” a fellowship program targeting women entrepreneurs and a speaker series across major U.S. cities.

And more importantly, men should be part of the conversation, too, Burch stressed on Tuesday. “Pay equity affects men, too, because no man wants his sister or daughter to be treated differently in the workplace.” 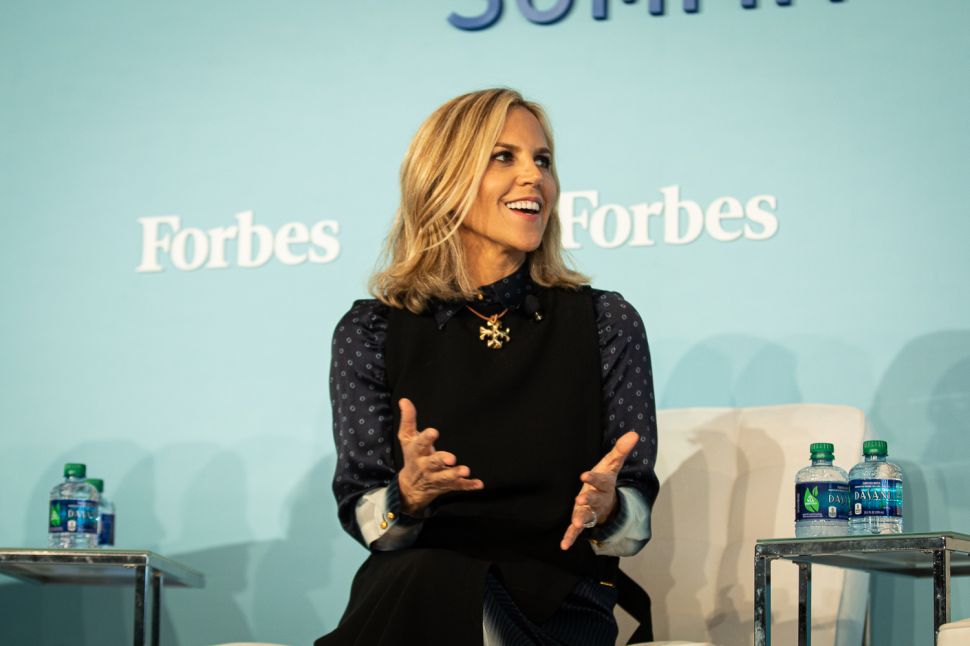