Ajit Pai maintains that repealing net neutrality has been “the right thing to do.”

On Thursday afternoon, the Federal Communications Commission (FCC) chairman spoke at the Paley Center for Media in Manhattan, where he discussed the 5G-accelerating T-Mobile-Sprint deal and net neutrality, among other hot topics.

Fielding an audience question on possible regrets over the net neutrality decision, Pai began by reiterating that he “knew it was going to be politically controversial, and I knew there was going to be people against it.”

However, he went on to defend the notorious decision, citing Silicon Valley’s monstrous growth over the past 20 years as a result of the government’s lack of regulation, with companies like Amazon and Apple able to innovate thanks to “light-touch framework” from the FCC.

Despite the FCC’s vote to repeal net neutrality and the subsequent backlash against him, Pai said the fears that people had about slowing-down broadband connections were unwarranted.

“Fast forward a year and a half, speeds are up 40 percent, 40 percent year-over-year after we made that decision,” he explained. “More fiber was deployed in 2018 in homes and businesses than any year since they’ve been keeping records. Network investment was up $3 billion year-over-year following declines in 2015 and 2016.”

The most important benefit of the decision is that “more and more people are able to access the internet for the first time,” he said.

While the FCC has focused on incentives to create wider broadband access in recent years, the increase isn’t necessarily a direct result of its current net neutrality stance.

The chairman is referring to the latest FCC report, which claims that in 2018, “fiber was deployed to more new homes in the United States than any year in history, and small cell deployment more than quadrupled.”

During the fireside chat, Pai also spoke of the upside he sees in a potential T-Mobile-Sprint merger, which is currently pending approval by the Department of Justice. The merger was recommended by Pai in May, who cited that one of its stipulations would be the fast-tracked rollout of 5G technology to underserved areas. 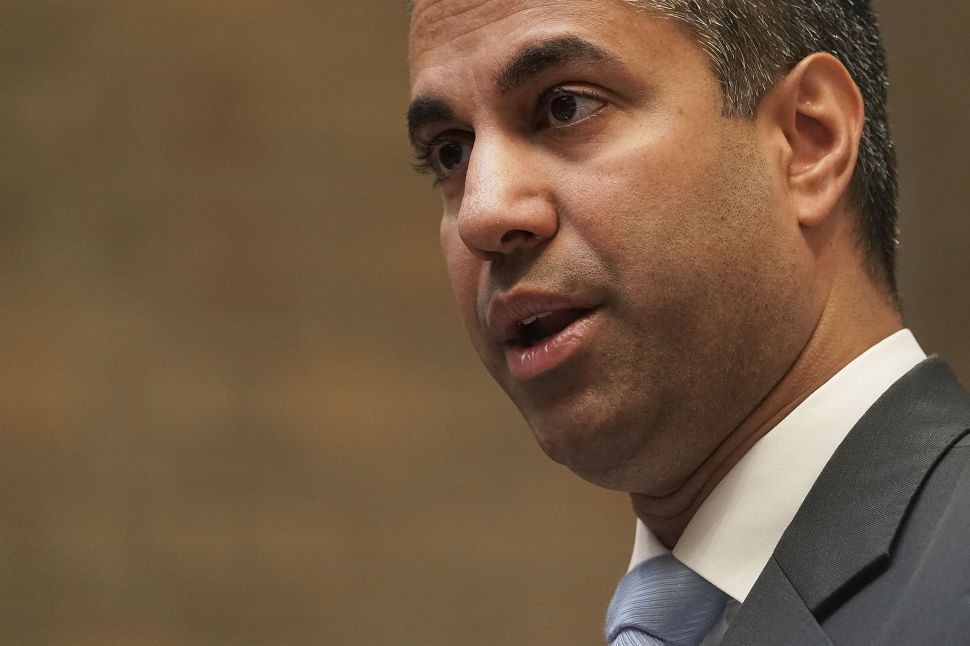