As the rising trade tension between the U.S. and China spreads to the private sector, U.S.-based global shipping giant FedEx is risking violating its “the world on time” tenet when handling certain sensitive Chinese packages.

SEE ALSO: How Huawei Ban Will Affect Consumers Beyond Smartphones

On Friday, Sascha Segan, an analyst at PC Magazine, tweeted that FedEx refused to deliver a U.S.-bound package containing a Huawei P30 phone from the UK and eventually returned it back to the sender after holding it in Indianapolis, Indiana for about five hours.

This is totally ridiculous. Our UK writer tried to send us his @HuaweiMobile P30 unit so I could check something – not a new phone, our existing phone, already held by our company, just being sent between offices – and THIS happened @FedEx pic.twitter.com/sOaebiqfN6

On Sunday, FedEx issued an apology and said the incident was due to “an operational error.” A FedEx spokesperson confirmed that the package was U.S. bound but declined to say what it contained.

It was the second time FedEx had mishandled Huawei-related packages in a month. Last month, FedEx was accused by the Chinese government for diverting four Huawei packages addressed to the tech company’s Asia offices to FedEx’s headquarters in Memphis, Tenn. FedEx later said the re-routing was a pure accident, but China launched an probe into the American shipping company earlier this month over the misdirected packages.

Because Huawei has been at the center of the U.S.-China trade talks for months, FedEx’s frequent “accidents” involving cross-border Huawei products have sparked speculation that it was an intentional blockade all along.

“Was FedEx within its rights to prevent a P30 Pro from being delivered from the UK to the U.S? No. Representatives from Huawei, UPS and PCMag slam the courier’s vendetta,” Huawei’s official Twitter accounted posted on Sunday.

Was FedEx within its rights to prevent a P30 Pro from being delivered from the UK to the U.S? No. Representatives from #Huawei, UPS and PCMag slam the courier’s vendetta. #HuaweiFacts https://t.co/7wc6xxy8Z8

In response, FedEx said in a statement that it “can accept and transport all Huawei products except for any shipments to listed Huawei entities on the U.S. Entity List.”

The “entity list” is a black list of foreign companies that the U.S. Commerce Department has prohibited from exporting certain U.S. technology and goods over national security concerns. Last month, the Commerce Department added Huawei and 68 of its affiliates to this list.

None of PC Magazine‘s offices in the U.S. are on the “entity list.” It’s unclear whether any of the destination addresses involved in the first shipping incident were on it.

In the meantime, China is considering adding FedEx to its own “entity list,” officially known as the “Unreliable Entities List,” to blacklist certain foreign firms, groups and individuals for national security reasons.

After months of tit-for-tat tariff battles, President Donald Trump and Chinese President Xi Jinping are expected to meet for possibly the last round of trade negotiations at the G20 Summit in Japan later this week. 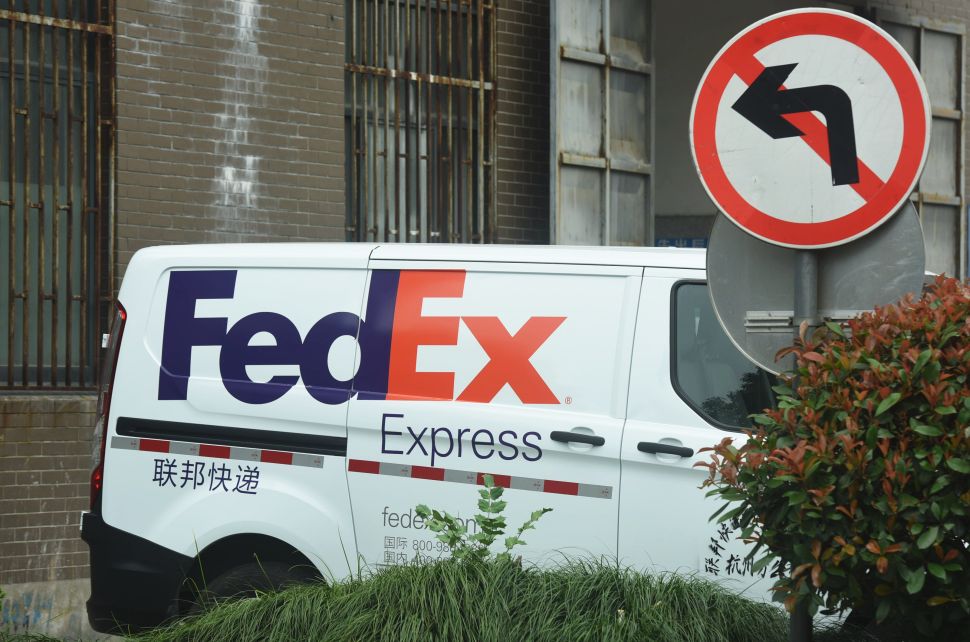