The U.S. government’s tough trade game against China’s tech sector has backfired in an unexpected way. On Monday, U.S. parcel service FedEx sued the U.S. Department of Commerce for causing delivery chaos after several packages related to Chinese tech giant Huawei were misrouted as a result of the federal agency’s blacklisting of the Chinese company as a national security threat.

Last month, the Commerce Department added Huawei and 68 of its affiliates to its “entity list,” a blacklist of foreign companies prohibited from exporting American technology.

Since then, two batches of U.S.-bound packages containing Huawei devices shipped through FedEx were returned to their senders. FedEx explained that both incidents were merely operational accidents, but Huawei saw them as a “vendetta” against China amid the ongoing U.S.-China trade war.

However, FedEx refuses to take all the blame. In a lawsuit filed on Monday, the shipping company argued that the Commerce Department should be responsible for these incidents, because the agency’s expanded “entity list” placed an unreasonable burden on FedEx to enforce it.

The export bans, FedEx said in the court filing, “essentially deputize FedEx to police the contents of the millions of packages it ships daily even though doing so is a virtually impossible task, logistically, economically, and in many cases, legally.”

The company added that it had already “developed a sophisticated proprietary risk-based compliance system” to screen for senders or recipients named on the “entity list.” However, FedEx can’t always know what’s in the packages it delivers because most of them are sealed by senders.

Last Friday, an employee at PC Magazine in the U.S. tweeted that FedEx had failed to deliver a package containing a Huawei P30 smartphone sent by one of his colleagues in the U.K. FedEx said the mishandling was due to an operational error. It also clarified that its doesn’t treat Huawei products differently than others, but would not ship to addresses listed on the Commerce Department’s “entity list.”

But as it turned out, rightly enforcing the “entity list” has already become too complicated for FedEx.

In the meantime, the Chinese government is carrying out an investigation into FedEx about the package mishandling incidents and is considering blacklisting the company on its own national security list—just as Washington did to Huawei. 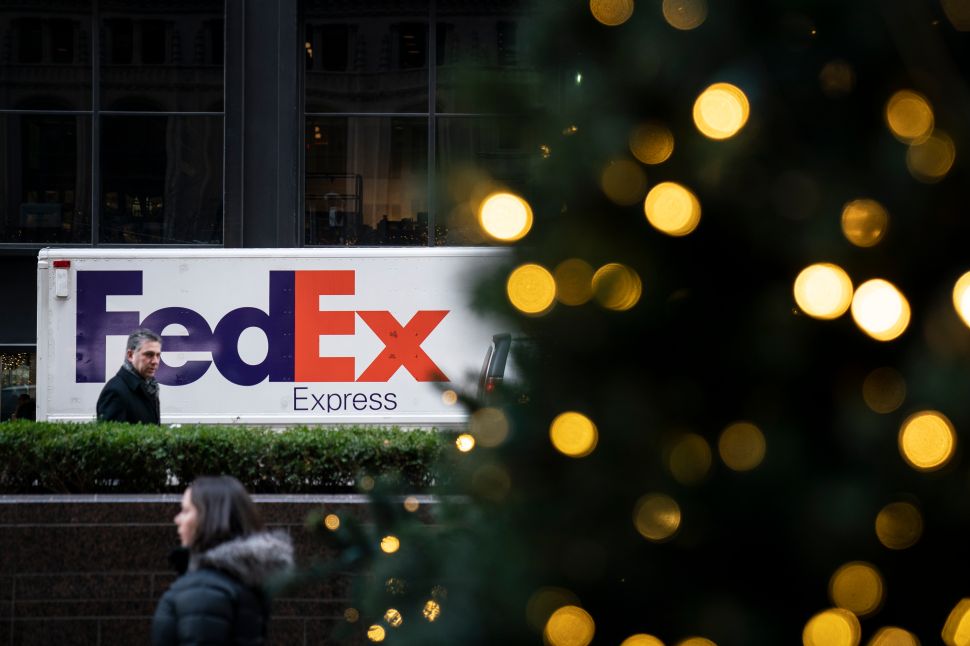