So, let’s say you’re a Hollywood actress and you’ve pled guilty to federal charges that you paid a shady operator $15,000 to correct your daughter’s SAT answers. On top of that embarrassment, the widespread scandal in which you’re involved has gotten so much press it’s being adapted into a prestige television show. One can only imagine how awkward certain conversations around the house have gotten. That’s the situation which Felicity Huffman has found herself in, and now, Huffman has to face a whole long summer before her before she receives official sentencing on September 21.

Because of a deal she struck with prosecutors by pleading guilty so early in the process, Huffman is only facing a recommended four months in prison, but still: no parent wants to spend 16 weeks locked away behind bars. Maybe that’s why Huffman and her husband, actor William H. Macy, have been spending so much time apparently acting like everything is business as usual. Sort of.

Nothing. Absolutely NOTHING. Is funnier than these pics of William H Macy carrying “congrats grad” balloon as Felicity Huffman faces jail time pic.twitter.com/9rbTPkRGz9

On Monday, the two stars were spotted at a high school graduation ceremony for their daughter Sofia Grace at the Los Angeles High School of the Arts. It’s unclear whether Sofia Grace is the daughter whose SAT scores Huffman paid to inflate, since she has another daughter who’s 17, but it seems likely.

Photos of Monday’s ceremony show Macy and his daughter holding back while Huffman greets friends, smiling. We’re not saying that the “right” move would have been to skip the festivities, but it definitely seems weird for Huffman and Macy to be acting like absolutely nothing is wrong. One can only imagine how amazing the parent-student gossip at the LA High School of the Arts must have been that day.

Other Varsity Blues figures trying their best to have a nice time include would-be beauty influencer Olivia Jade Giannulli and Isabella Rose Giannulli, who were recently spotted dancing away their troubles at a nightclub. The two young women are the daughters of Lori Loughlin and Mossimo Giannulli, who’ve been charged with conspiracy to commit money laundering and conspiracy to commit mail fraud in connection to their alleged attempts to get their children into USC via bribery.

We at Observer hope everyone involved has a relaxing summer, because that tranquility is definitely not going to last. 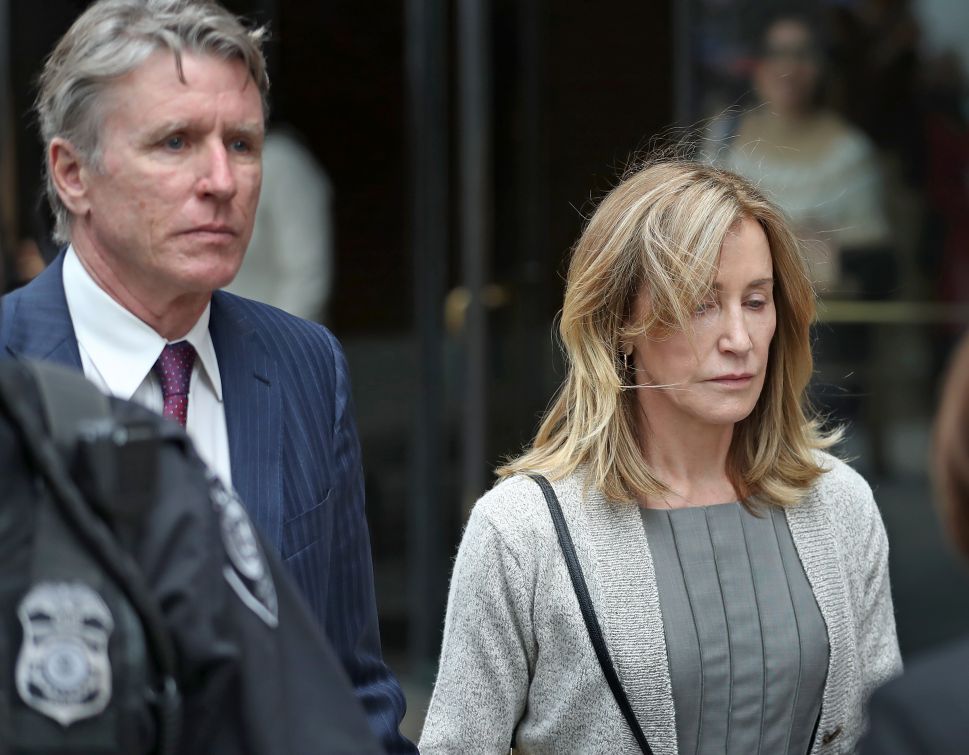