These days, we’re closer than ever to having dinner delivered by drones.

And while customers shouldn’t hold their breath yet—pilot programs by Uber and Amazon are still in their early stages—delivery platforms are hoping to get the dystopian dream off the ground as soon as this summer.

This month Uber Elevate, the ride-share company’s aerial vehicle venture, began testing drone deliveries of McDonald’s meals in San Diego. As Bloomberg reported, one of the first trials of Uber’s six-armed flying drones was canceled due to what its settings judged to be a “strong breeze.”

The drone program launch is unsurprising, given that Eats is growing at an exponential rate, bringing in $3.07 billion for Uber in the first quarter of 2019. “What’s convinced me on drone delivery is to see how Uber Eats has grown,” Eric Allison, head of Uber Elevate, told Bloomberg. “Our customers want selection, quality and ­efficiency—all areas that improve with drone delivery.”

But the logistics of using unmanned technology to disrupt the way restaurants deliver perishable food could experience hiccups down the line. And this doesn’t even include the highly-regulated safety policies.

Vishal Agarwal, CEO of ItsaCheckmate, a platform that helps funnel orders from multiple delivery apps to restaurants, says drone delivery is meant to build on the current food-tech ecosystem.

“We are seeing delivery growing in general at the moment, with the space being made up of four tiers,” he explained. These are the restaurant operators, third-party ordering platforms, customers and delivery drivers. What the introduction of drone usage aims to do is not necessarily solve all on-demand delivery problems, but act as a hybrid to supplement the messengers’ output.

Due to the aforementioned climate obstacles that could cause order cancellations, it’s unrealistic to expect drone delivery to replace all traditional restaurant messengers, especially in regions that experience inclement weather most of the year.

“Drones seem like a natural evolution, but perhaps they won’t be the last-mile solution,” Agarwal said. “But instead, they’d take orders to a centralized location for human drivers to then distribute them to addresses.” This could also serve as a strategy to potentially cut the costs of using messengers, who tend to be the most under-compensated players of on-demand services.

Then, there is the price of operating a drone delivery program. Uber Eats is promising to keep the delivery fees on par with its current fluctuating tiers, which will most likely be subsidized by Uber’s venture capital backing.

As this category grows, it’s become more difficult to place pressure on the restaurants without raising the cost for consumers, hence the tacked on delivery fees used by Uber Eats and Seamless.

As for implementing drones realistically in the future, Agarwal expects that like other aerial transport, the technology will improve over time as more trials are conducted.

“We might not be able to execute restaurant drone delivery right away, but we have to try,” Agarwal concluded. But the investment has to result in cost reduction and convenience for all parties. “Otherwise what’s the point?” 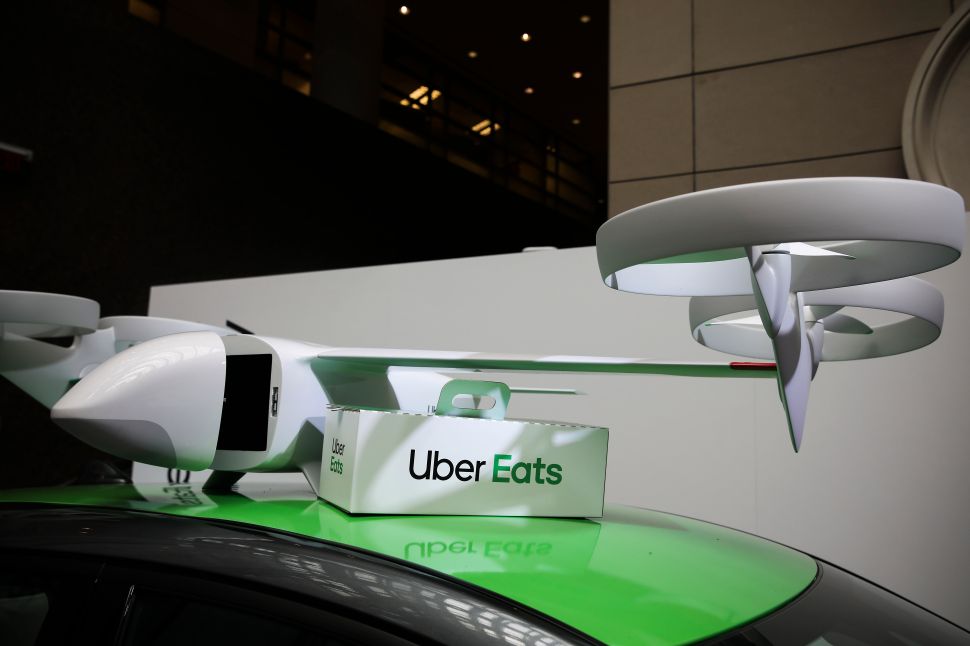