President Donald Trump’s executive order, which he claims is intended to ensure that institutions of higher education promote free speech on campus, may be used to threaten the federal funding of institutions that conservatives might find unacceptable.

“Even as universities have received billions and billions of dollars from taxpayers, many have become increasingly hostile to free speech and to the First Amendment,” Trump said at the White House signing ceremony for his executive order. “These universities have tried to restrict free thought, impose total conformity and shut down the voices of great young Americans.”

Trump is, of course, referring to “conservative” voices in his comments. He is suggesting that universities favor liberal thinkers over conservative ones and thereby restrict free speech.

Is There a Free Speech Crisis on College Campuses?

Free speech on college campuses became a hot topic following several highly-publicized cases in which protesters shut down or harassed conservative speakers. At the University of California, Berkeley, students rioted over a scheduled appearance by far-right speaker Milo Yiannopoulos.

According to many college leaders, these incidents are the exception rather than the rule. In many respects, the tension on college campuses simply reflects the deep partisan division that exists in Congress and across the country. Not surprisingly, many are questioning the motive behind the executive action.

The American Council on Education, which represents more than 1,700 college presidents, characterized Trump’s executive order as “a solution in search of a problem.”

“No matter how this order is implemented, it is neither needed nor desirable, and could lead to unwanted federal micromanagement of the cutting-edge research that is critical to our nation’s continued vitality and global leadership,” said Ted Mitchell, president of the American Council on Education.

What Does the Order Mean for Colleges and Universities?

Only time will tell whether the president’s executive order will be used as a weapon against an academic institution that is viewed to favor liberal speakers over conservative ones. Or, even worse, not aggressively advance conservative speakers and provide equal time to conservative views that match every liberal view that gets expressed on a college campus.

Many colleges and universities have come out against the order. “We do not need the federal government to mandate what already exists: our longstanding, unequivocal support for freedom of expression,” Janet Napolitano, president of the University of California, said. “This executive order will only muddle policies surrounding free speech, while doing nothing to further the aim of the First Amendment.”

Sen. Lamar Alexander (R-Tenn.), who sits on the Senate education committee, said he supports promoting free speech but questioned the need for an executive order. “I don’t want to see Congress or the president or the department of anything creating speech codes to define what you can say on campus,” said Alexander. “The U.S. Constitution guarantees free speech. Federal courts define and enforce it. The Department of Justice can weigh in.” 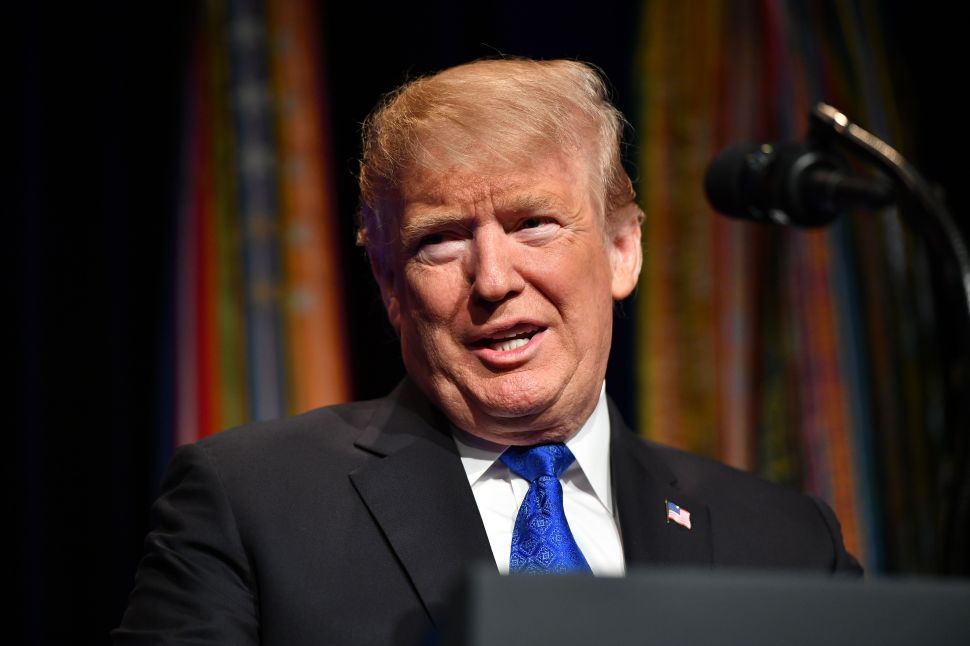