“They say that I have no rivals,” philosophizes the world-weary opera diva in Charles Ludlam’s play from 1983, Galas. “Many enemies, but no rivals.”

It’s the kind of absurdly heightened line you’d expect to hear in one of those of overblown 1940s film melodramas that formed one of the main bases for the queer/camp sensibility that was a keystone of Ludlam’s “Theater of the Ridiculous” aesthetic. And yet the camp here is neither simple nor dismissive: the heroine, Maria Magdalena Galas, is a précis of real-life opera superstar Maria Callas, and the line is but a slight paraphrase of one of Callas’ own on-the-record remarks.

A big part of the fun for an opera-lover watching the loving revival of Ludlam’s “modern tragedy” at Theatre at St. John’s is recognizing the lightly-veiled episodes from the real life of Callas: she actually did, for instance, disrupt a Papal Audience by getting into an argument with the Pontiff over what language Wagner operas should be performed in.

But the play, seen at Sunday’s matinee, is a lot more than mere fun: perhaps better than any other examination of Callas’ life and career, it delves into the frustration and pain that engendered her genius and considers in universal terms the Sisyphean difficulties of reconciling artistic ambition and personal happiness.

It’s a mark of the brilliance both of the script and of Everett Quinton’s rollicking direction that Galas keeps the audience laughing, or at least tittering, for almost all of its two-hour run time. Quinton himself—who by this point is almost as much of a legend as Callas—takes on the kaleidoscopic title role with ferocious energy, transitioning in mid-line, sometime even mid-word, from fire-breathing virago to coy schoolgirl.

Even to the long final scene of the diva’s self-imposed exile in a chic but joyless Paris apartment—a sequence that looks dauntingly grim on the page—Quinton lends nuance with deep concentration and (relatively speaking) subtle underplaying. And yet the occasional pretense-puncturing non sequiturs all land precisely.

Quinton’s role in the first production of this play back in 1983 was the faithful maid Bruna (Ludlam himself played Galas, of course) and here he has passed the mantel of this part to the simply splendid Jenne Vath. Bruna’s many household duties include serving tea and delivering Euripedean prophecies, and Vath, wild-eyed under her fright wig and monobrow, transforms even one-liners into mad scenes.

Adding further to the sense of loving parody in Galas was the adorably cheesy set design by Jim Boutin, conjuring opera houses, luxury apartments and yachts from a few cardboard flats. But there’s nothing else cardboard about this revival: it’s as queer and subversive as opera itself. 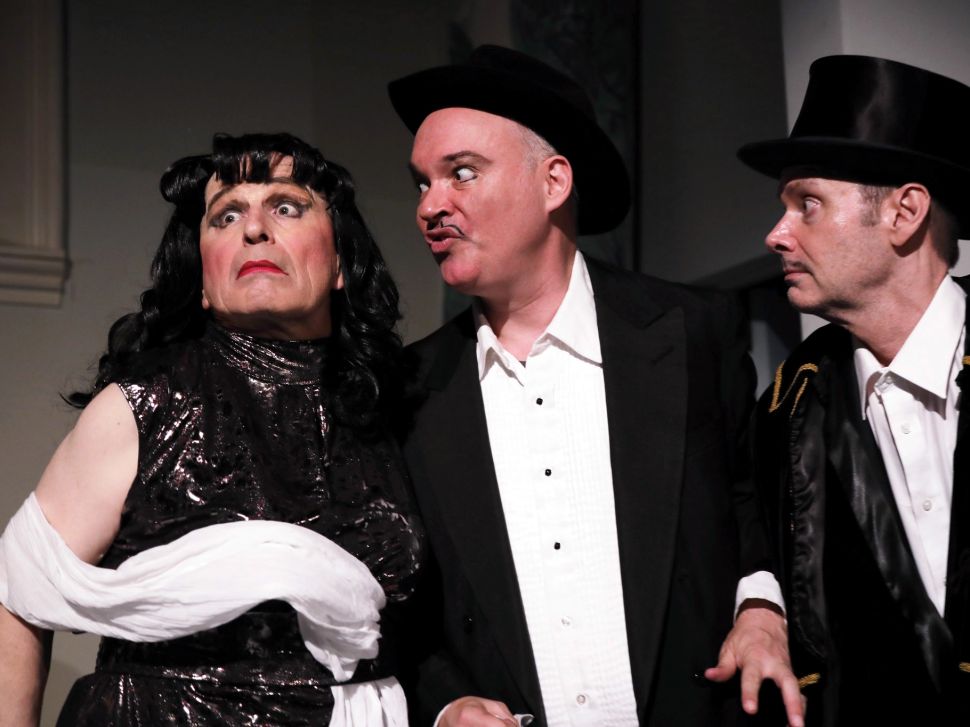