Who doesn’t remember their first GPS?

Garmin is hoping to capitalize on that nostalgia by offering a new dedicated Global Positioning System (GPS) with Alexa’s voice. “Enjoy the ultimate voice-controlled, hands-free experience,” the company promises.

The Garmin DriveSmart 65 with Amazon Alexa offers many tools and features that come with modern day smartphones, as Engadget noted. Admittedly, the design is nothing like the clunky GPS of the early aughts, thanks to an edge-to-edge display and a high-definition screen. The Alexa built-in feature allows drivers to utilize its many skills, including playing music through Amazon Music and other streaming services, along with other standards like creating to-do lists and checking the weather and traffic.

The DriveSmart retails for $299.99. Which begs the question: who’s willing to buy one for their car? These days, many of us rely on services like Google Maps or Apple Maps to arrive at our destinations. Not to mention, many modern cars now come with built-in dashboard navigation screens.

While many drivers find investing in a GPS device to be redundant, there’s a reason why makers like Garmin and TomTom are still around. As a 2017 New York Times article noted, dedicated GPS devices have many advantages over using a maps app on your smartphone. For once, they are far more reliable during service outages that many drivers experience, especially in rural areas. The ability to navigate roads without data connection alone could be worth the investment for many, especially those who regularly camp or hike, for example.

While Garmin’s Alexa partnership likely won’t convince millions of drivers to plop down $300 for a GPS, the release is a testament to the enduring presence of navigation systems despite today’s advanced mobile technology.

The DriveSmart 65 is available for pre-order on Garmin’s website. 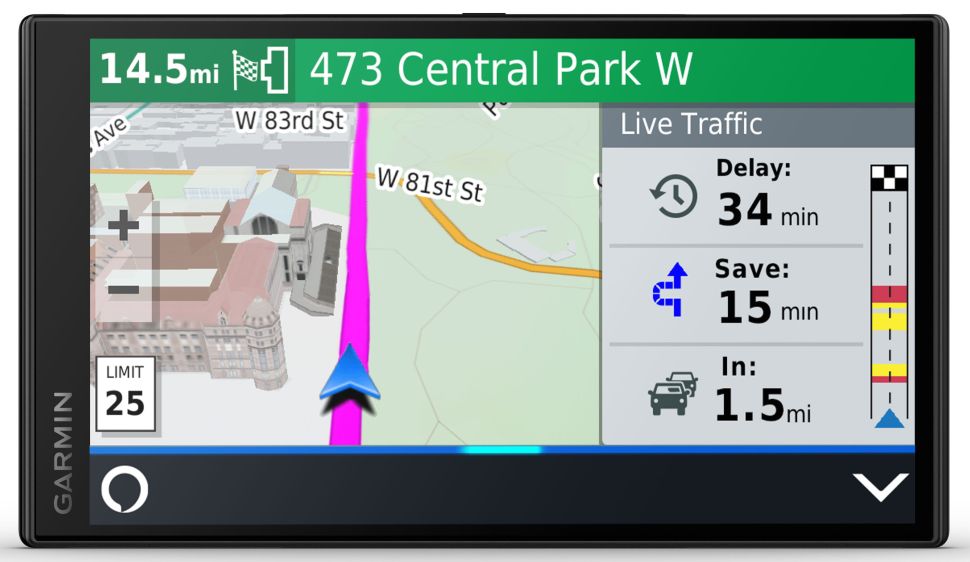