A couple of months ago, we as a culture began collectively experiencing what might be described as a yeehaw resurgence. Cowpoke aesthetics and chopped and screwed country songs were (and still are) all over digital hubs like TikTok and Twitter. All of a sudden, many of the coolest teens you followed online appeared to be hell-bent on proving themselves to be adept with a lasso. This is the Yeehaw Agenda, and it took hold of the nation like a firestorm, bolstered by a chart-topping hit by the name of “Old Town Road,” which maybe you’ve heard of.

Without discounting the staying power of the Yeehaw Agenda, we at Observer have been wondering what exactly is going to come next. In other words, which style trend is going to be igniting Instagram in the heady summer months, when everyone will endeavor to post as many fit pics as they can muster?

The answer, unequivocally, is golf. We don’t exactly have a great name for this aesthetic yet, because the “Golf Agenda” sounds lame and “Golf Fit” absolutely does not roll off the tongue, but bear with me here. I don’t know exactly when I began thinking about golf clothing as an upcoming cultural phenomenon, but two images stand out starkly in my mind. The first, from 2017, is the incredibly dystopian picture of Oregon golfers casually putting while a wildfire raged in the background. More recently, I saw a news article about Norwegian golfer Viktor Hovland and thought he was really cute, and that he looks really good in preppy orange shirts. The inkling of this is going to be a thing began burbling in my brain. When ironic preppy kings Vampire Weekend announced a new album, the golf resurgence was more or less a done deal, but I had to be positive.

What a week it was! First of all a big thank you to @usga, Spyglass Hill And Pebble Beach for hosting and having us for the 2018 US Amateur Championship. Could not have done it without all the support that I have gotten and especially Coach Bratton who caddied for me that week. Inspiring and motivating to see all the people who cares. Thank you.

Then, in April, GQ published an amazing profile of rapper Schoolboy Q, which featured the artist and a few pals decked out in beautiful golf attire while hitting the links. This definitely isn’t Phil Mickelson plodding along in a Wall Street-adjacent vest (sorry Phil, no offense)—these modern golfers are decked out in Issey Miyake robes, Canali sweaters, blindingly yellow polo shirts and crisp pleated pants. Q especially shines in bright colors (perfect for summer) paired with businesslike cuts and accessories that aren’t trying too hard. Inspired, I hit up Brooklyn Vintage in Bushwick and picked up a vintage lavender Lacoste polo. It just felt right.

Album Mode. A series of photos shot by @jamilgshere

Finally, this week, Drake showed up on the golf course (via Instagram, obviously) while promoting his upcoming album. In another picture, he’s poolside holding a glass of spritzer in his hand. That’s it, I thought. This is a thing. 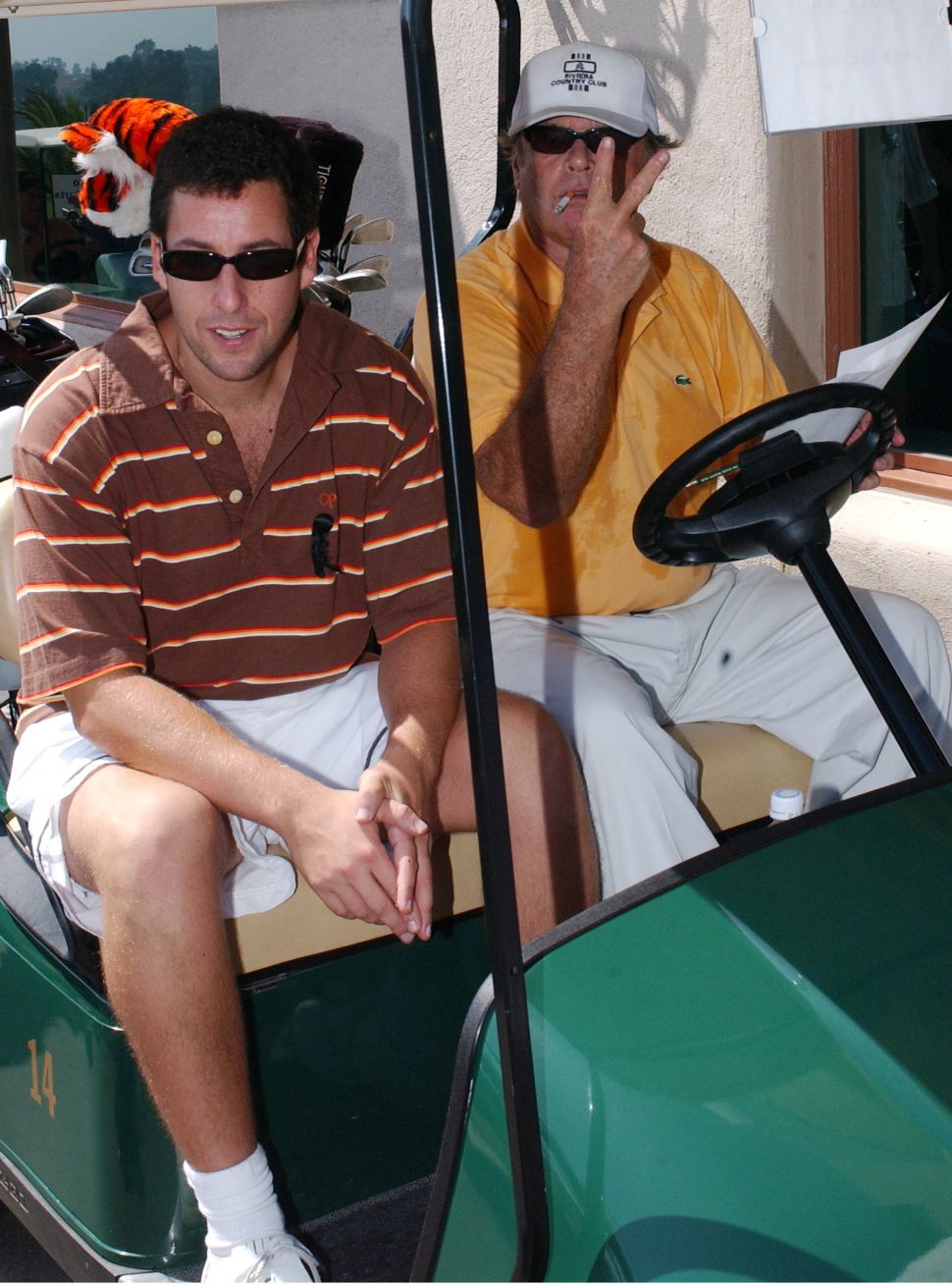