During this already insane era of dystopian paranoia we live in, let me add one more thing for everyone to worry about: the Gorgon Stare.

The Gorgon Stare is the eye-in-the-sky, a military surveillance drone built by the Pentagon, that can simultaneously track 1,000 moving targets. It’s the cute nickname for a type of wide-area motion imagery (WAMI) technology, that allows a camera, which has had its power greatly expanded, to be attached to a drone—and can then watch and record a massive area.

To break it down further, what WAMI does is expand the camera aperture, so an entire city can be watched at once. What it’s really good at is zooming in on particular parts of the imagery on the ground—with a decent amount of detail—while still being able to record everything else.

Top that with lots of resolution. For example, an iPhone has roughly 12 million pixels in its camera. Compare that to a Gorgon Stare with 1.8 billion pixels or 1.8 gigapixels. Crunch the numbers, that’s a resolution 150 times more powerful than an iPhone.

Here’s an idea of this type of surveillance, as seen though 2016 eyes.

Oh, well, it’s a great thing that the Gorgon Stare is only used for military operations, you say.

Yes, but in this era of increasing NSA-style surveillance and diminishing civil liberties, will the Gorgon Stare soon be used to track our movements in American cities? (Insert literally any George Orwell Big Brother quip here.)

The name alone, Gorgon Stare, does not create the sense of assurance of a better, private tomorrow. In Greek mythology a Gorgon was a monster with hair comprised of live snakes. Gorgons, such as Medusa, where so horrifying, that those who stared at them would turn to stone.

Though that’s mythology, surveillance drones raise a host of significant privacy and civil liberties issues. One major problem? Privacy laws have not evolved at the same rapid pace of drone technology, leaving law enforcement with the belief that they can use drones to spy on citizens without the benefit of warrants or legal processes.

In 2016, a company called, Persistent Surveillance Systems, did an extensive aerial surveillance program in Baltimore, which was not only used for investigative law enforcement, but the technology was also used on the people of Baltimore without their knowledge. Ross Mcnutt, who was in charge of the company, defended the program by saying it was not illegal.

Will the future Edward Snowdens of the world come forward and tell us how the NSA has been spying on us with drones for all these years?

In Arthur Holland Michel’s book, Eyes in the Sky: The Secret Rise of Gorgon Stare and How It Will Watch Us All, he points out that the Gorgon Stare’s origins lie partially in the 1998 Will Smith thriller Enemy of the State.

In the flick, innocent man, Will Smith, is pursued by a rogue spy agency that uses the advanced satellite “Big Daddy” to monitor his every move.

Holland Michel, who is also the founder and co-director of Bard College’s Center for the Study of the Drone, said the dystopian movie inspired a researcher at the top-secret Lawrence Livermore National Laboratory, who used it as a blueprint for the most powerful surveillance technology ever created. (It would be a much different surveillance world if the researcher was, instead, inspired by Bad Boys II.)

And everyone involved in the development of Gorgon Stare who Holland Michel interviewed for his book was very realistic about the fact that they had created a very dangerous tool if misused. Gulp.

Back in the old-timey days of 2011, the U.S. Air Force collected over 325,000 hours of drone footage—just in that year alone. To break it down, that’s 37 years worth of video that was gathered by one military service utilizing 2011 technology.

So why would this be bad if it were used in the public sector?

We already have non-militarized drones becoming part of our civilian daily lives in a number of ways. These are the flying robots that we warmly welcomed because they were going to deliver us burritos.

This past New Year’s Eve, the New York Police Department used a drone to get a bird’s eye view of the massive crowd in Times Square and spot criminals. Meanwhile, Amazon has just unveiled the latest version of its Prime Air delivery drone, which the company says it will try to launch in “the coming months.” Amazon also has another offering from its drones: “surveillance as a service.”

Amazon was granted a patent that outlines how its drones could keep an eye on customers’ property between deliveries and, supposedly, maintain the homeowner’s privacy.

It’s a strange first that a home delivery service was granted a patent for surveillance, mixed with the whole array of privacy issues associated with accidentally capturing footage of a neighbor’s home.

The Air Force owns Gorgon Stare. Holland Michel states that it is also flying right now as we speak, but we don’t know in what capacity; all operational information is considered classified. If Homeland Security has the ability to prevent a terrorist attack, then it’s incumbent to use the technology at hand to do so—just don’t get on the wrong side of the Patriot Act.

A crazy stat from the U.K. is that an average Londoner is caught on security cameras over 300 times a day, while in the U.S., an average American citizen might be caught on camera more than 75 times. Gorgon Stare presents a tangible fear that we are always being observed from the sky, and this will directly impact our behavior, desires and decisions when entering into public spaces, creating a society where people could become scared to organize around, say, a political cause. It’s a phenomenon brought up in French philosopher Michel Foucault’s 1975 book Discipline and Punish, in which an inmate in prison believes he is always being watched and thus he policies himself for fear of punishment.

Plus, drone surveillance is a slippery civil liberties legal slope that has been addressed by the ACLU: “Routine aerial surveillance in American life would profoundly change the character of public life in the United States. Rules must be put in place to ensure that we can enjoy the benefits of this new technology without bringing us closer to a ‘surveillance society’ in which our every move is monitored, tracked, recorded and scrutinized by the authorities.”

The ACLU also noted that drones “deployed without proper regulation, drones equipped with facial recognition software, infrared technology, and speakers capable of monitoring personal conversations would cause unprecedented invasions of our privacy rights.”

So, once again, why is this a bad thing?

Imagine tiny drones that could go completely unnoticed while peering into your window.

Just never do anything wrong, OK?!? 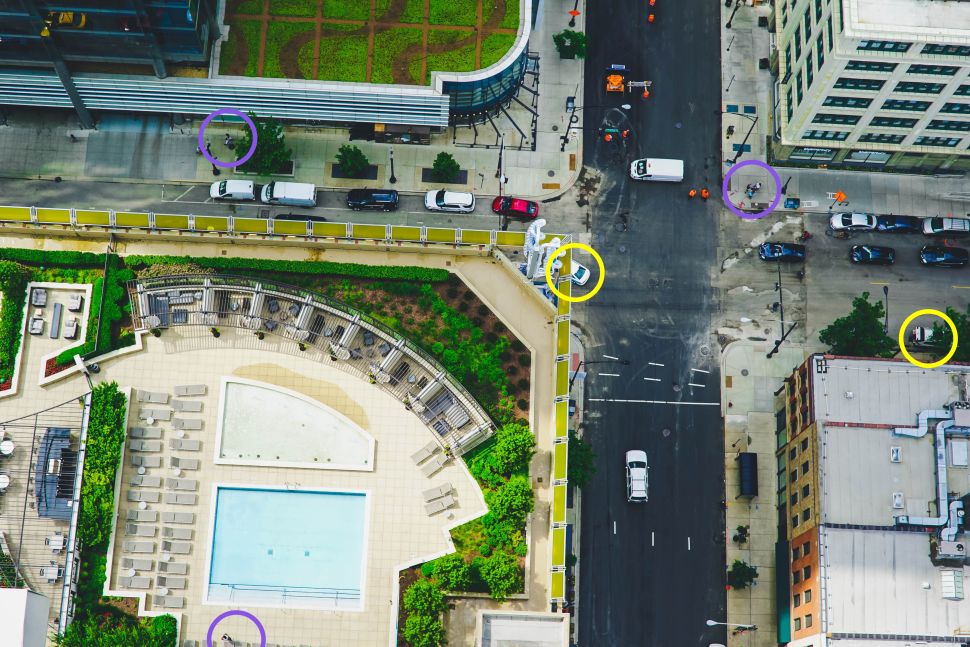