As the grand impresario of her sprawling Goop empire, Gwyneth Paltrow bears the brunt of the attention when something about her organization grabs the interest of the national media. That’s why so many people now associate the yoni egg (please, for the millionth time, do not stick a rose quartz orb in your vagina) with a controversial story published on Paltrow’s website in 2017. However, the people who surround Paltrow in her wellness empire are just as interesting as the blonde-tressed CEO herself. One of her most fascinating celebrity courtiers is “intimacy coach” Michaela Boehm, who appeared on Wednesday’s episode of a lunchtime chat show called Loose Women to talk about the merits of a couple living separately.

“When couples start living together, they ruin the excitement,” Boehm proposed. “That’s true for anyone, Hollywood star or regular commoner. Spend time apart. That could be 10 minutes at the end of the work day, it could be having separate rooms, or separate houses… do how much time you need.” Boehm, here, is doing an interesting double duty. She’s “normalizing” Paltrow’s (already pretty normal) married arrangement for a potentially skeptical audience, while also couching this duty in generalized advice.

Separation in relationships is something that Paltrow has publicly advocated for before, especially in the wake of her second marriage to television producer Brad Falchuk. In September 2018, Paltrow said that she and her new husband Falchuk only cohabit four nights out of the week, a lovely-sounding arrangement that unfairly raised a lot of eyebrows. Even more huh-inducing was Paltrow’s “familymoon” with Falchuk, which also featured her kids and her ex-husband, Coldplay frontman Chris Martin. Paltrow’s outlook tends to list towards these holistic-sounding, high-minded ideas about togetherness and apart-ness, all of which congeal around the notion that the preservation of a functioning family unit is the ultimate goal.

That’s the interesting thing about the enigma that is Gwyneth Paltrow. You might think that her empire centers around self-care and the totemic worship of the individual above all, but that’s actually not quite it. In an undated Goop interview with Boehm, Paltrow’s intimacy specialist lays out her own theories for successful relationships. She explains that her husband, who is bad at intuiting directions, used to get angry with her when she would correct his mistakes while he was driving.

“Now we have a system in place that is empowering: It empowers me to ensure that we get to where we’re supposed to go, and it makes him not look or feel incompetent as a driver,” Boehm said. “It’s very simple: We get in the car, he turns to me, and he tells me to tell him where to go. He is directing me to direct him.”

This strategy revolves around the idea that a woman’s entire job is to adjust her behavior to protect the fragile male ego. This may not seem as dangerous as the idea that putting quartz in your vagina will lead to a better sex life, but because Paltrow has endorsed it, it’s just as insidious. 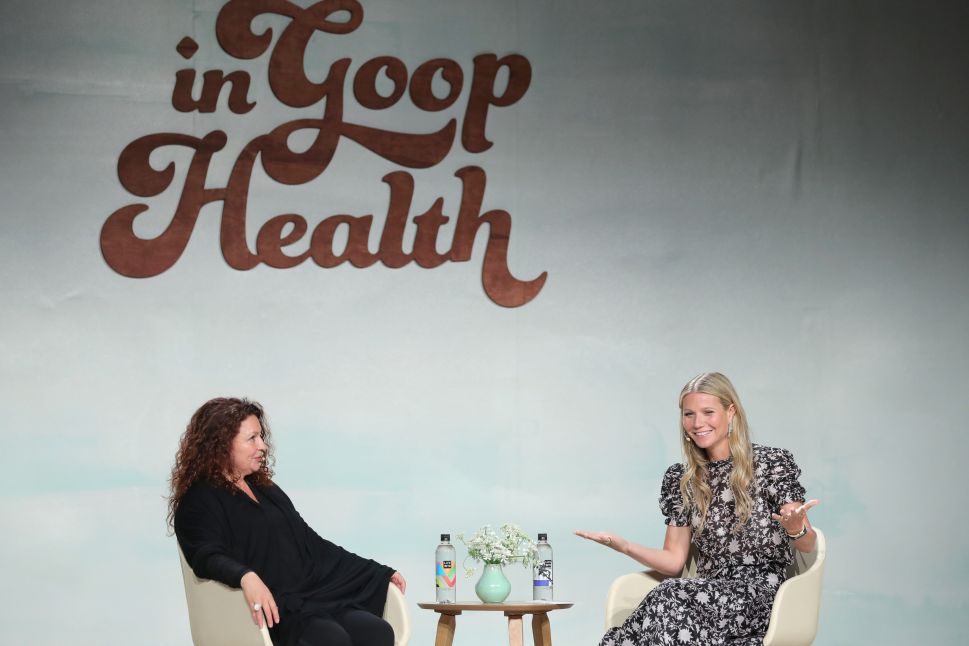