Hillary Clinton has been meeting with Democratic presidential contenders ahead of 2020. But candidates often leave the talks with one ominous takeaway: They could lose the election to a cyber-attack like the one deployed against Clinton’s 2016 campaign.

“I have met with more than half of the candidates,” Clinton told columnist Molly Jong-Fast and former CIA officer Emily Brandwin on an episode of the podcast “UNREDACTED.” “I’ve told each of them something I really believe, which is that you could run the best campaign, you could get the nomination, and you could lose because of factors beyond your control, like voter suppression, like hacking and weaponization of information, like propaganda on social media, like interference with the actual machinery of the election.”

The former Democratic candidate warned that the Trump administration has “not adequately addressed these real threats to the integrity of our elections,” pointing to FBI Director Christopher Wray’s recent remarks about anticipated Russian disinformation efforts in 2020.

“The bottom line for me is: Neither inside our government nor outside, particularly in the tech companies, has enough serious attention been paid as to how we protect the next election,” said Clinton.

The Democrat also predicted Republicans would continue to use her as a political foil during the horse race—more than two years into the Trump administration, the president still leads ‘Lock her up!’ chants at rallies throughout the U.S.

“If they worry about their own electoral prospects, they’ll trout me back out,” continued Clinton. “Look, they took me from about a 67 percent approval rating from when I got out of the State Department, down, down, down, through their attention on Benghazi… it was investigated endlessly, but they created a special committee and Kevin McCarthy basically said, ‘We brought her numbers down.'”

“It’s all in the realm of the possible,” added the former candidate. 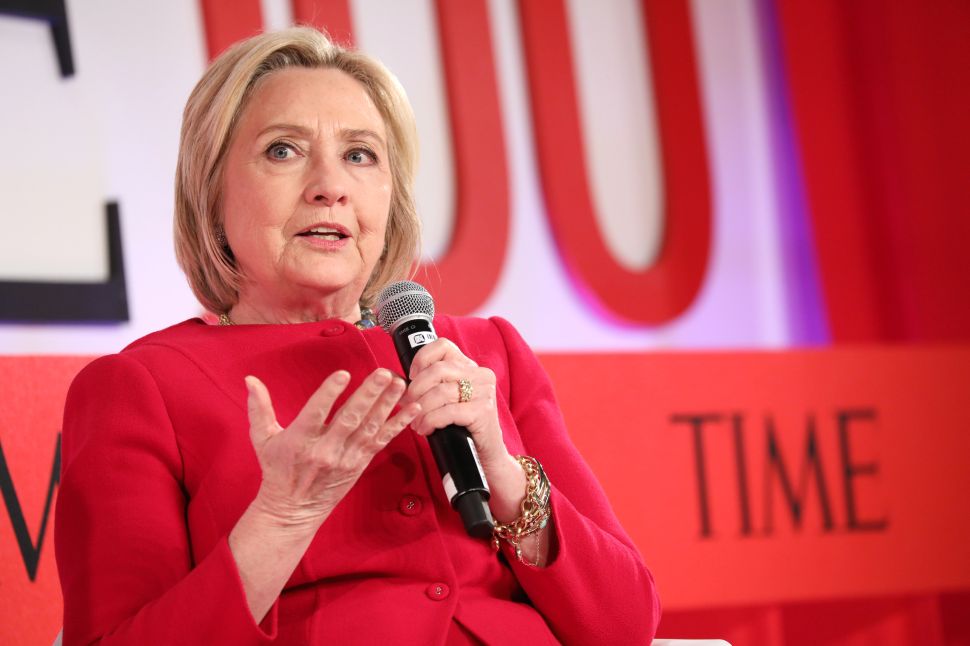