James Caan retires from acting so often that the need to catch him while you can increases with every role. (He once took a sabbatical for five years.) With an odd, meandering fabrication like the peculiar Holy Lands, he proves that waiting too long between films does not always pay off. One cannot always expect Sonny Corleone in the The Godfather series, but I can only wonder what attracted him to the role of Harry Rosenmerck, a retired Jewish American cardiologist who plunges his family into emotional chaos when he disrupts everything in his life and career to become a pig farmer in Israel.

SEE ALSO: Avoid Jim Jarmusch’s ‘The Dead Don’t Die’ at All Costs if You Value Your Sanity

That shocking decision affects every member of Harry’s dysfunctional family—his gay son David (Irish actor Jonathan Rhys Meyers), an avant-garde playwright who hasn’t spoken to his father for years, his estranged, immature daughter Annabelle (Israeli actress Efrat Dor) who travels the world as an eternal college student, and his ex-wife Monica (Rosanna Arquette), who is in New York dying of a brain tumor.

Harry ignores them all, concentrating on his continuing animosity toward the hostile neighboring community in Nazareth, especially the local rabbi, Moshe Cattan (England’s acclaimed Tom Hollander), who objects to an outsider and lapsed Jew who raises pigs for their bacon, which he sells to restaurants in Tel Aviv. The Catholics in the region also resent him because they firmly believe the plot of land he owns is the spot where Jesus Christ was born, and therefore belongs to the church. (Harry wears a yarmulke, but is so agnostic he names his favorite pet pig Judas.)

Holy Lands drags on. The conversations between Harry and the rabbi extend to include the rights of Palestinians, his son’s thwarted efforts to adopt a child, and the rabbi’s son, who prefers joining the army to studying the Torah. The movie teeters uncertainly between dogma and comedy, with most of the jokes collapsing in a puddle of poker-faced confusion. When the rabbi tells Harry he doesn’t go into Christian churches, Harry’s humorous response is: “if you went into a church eating Parma ham, would they cancel each other out, or would you go to Hell twice?”

The Catholics burn a cross on Harry’s lawn. On a visit to Israel, Annabelle hides from enemy mortar under a bridge with an Israeli soldier and gets pregnant. Nobody in the Rosenmerck family will see Monica, so she dies in the arms of a stranger. Many sorrows follow, at a pace too leisurely to sustain interest.

Despite good performances from a first-rate cast, the problem here is that the movie was written and directed by Amanda Sthers, who adapted it from her own novel. The result is too literary, but not in a good way. It’s choppy like paragraphs from a book, instead of chapters.

Sthers mistakenly thinks the more unconventional she makes the characters, the more we’ll like them. What actually happens instead is just the opposite. The conflicts between Jews, Catholics, Muslims and Protestants grow annoying. Everyone is left begging for forgiveness as tedium sets in for good. Holy Lands is different, but proceed at your own risk. 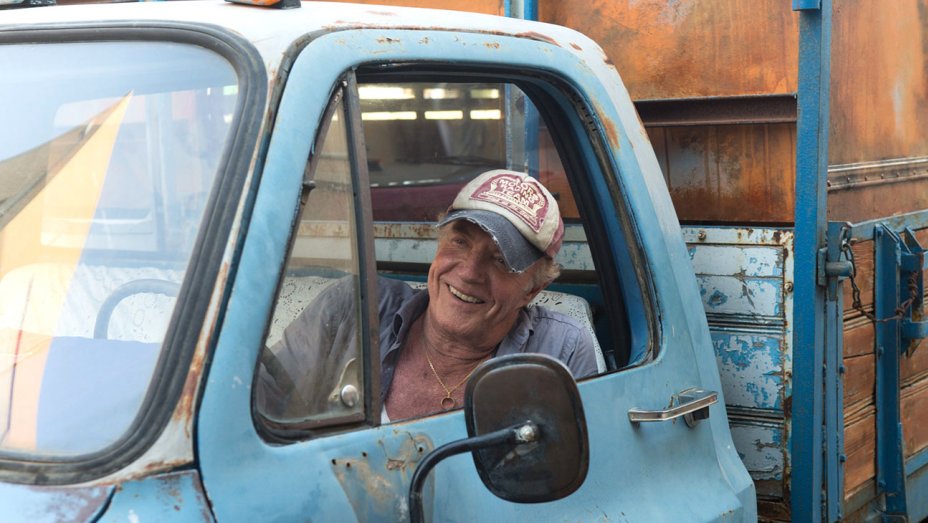