Yeah, I know, it just gets more and more unfathomable. The man who was the star of NBC’s The Apprentice 10 years ago is now the man responsible for locking children up in cages at the U.S.-Mexico border.

But we already knew that.

SEE ALSO: Photo Series Shows Life Along All 2,000 Miles of the US-Mexico Border

We’re actually seeing a humanitarian crisis play out in real-time. The Trump administration has ramped up the act of separating children from their parents at the border with no clear plan for reuniting them.

One doctor described conditions at two detention facilities in Texas comparable to “torture facilities.” Children were found sleeping on concrete floors and living in unsanitary conditions without soap or toothbrushes with fluorescent lights on 24/7.

Physician Dolly Lucio Sevier said the horrific conditions felt worst than jail and that all the children she saw showed evidence of trauma, in what could be described as nothing short of “government-sanctioned child abuse.”

Yes, we watched with aghast, this past weekend, when DOJ attorney Sarah Fabian argued in front of the Ninth Circuit Court of Appeal judges that soap, toothbrushes and even beds are luxury items and not required to be provided for detained immigrant children (who are locked in cages).

Fabian has clearly reserved her first-class lawn chair on the cruise ship to hell.

Yes, immigrant children are being abused and used as bargaining chips for President Donald Trump’s reelection campaign. And, of course, the blame is being put squarely on the Democrats (for locking children up in cages—with no clear plan to reunite them with their parents):

I want to give the Democrats every last chance to quickly negotiate simple changes to Asylum and Loopholes. This will fix the Southern Border, together with the help that Mexico is now giving us. Probably won’t happen, but worth a try. Two weeks and big Deportation begins!

CNN did a segment in which they went to Nana Dee’s Diner in Mesa, Arizona to get Trump supporters’ take on children being torn from their parents at the border. The segment was basically like shooting racist fish in a racist barrel.

“I blame it on the parents for letting it happen because they bring them up and know they can’t get across there legally,” said one angry Trump supporter who showed zero tolerance, zero compassion, zero sympathy—while fostering Trump’s conspiracy theory that the majority of immigrants are really just criminals posing as parents.

Nearly 900 migrants were found one at Texas facility that had a 125-person capacity: Border Patrol agents said some of the detainees had been held in standing-room-only conditions for days or weeks.

Last week, Rep. Alexandria Ocasio-Cortez sparked controversy when she said the detention facilities at the border are “exactly like concentration camps” because of her overt comparison to the Holocaust.

But that’s where it starts—you dehumanize a group of people, painting them all as drug-dealers, criminals and rapists. Then, the slippery slope begins. It goes beyond arguing over providing blankets and soap to children, until the country’s leader convinces the American people to start thinking, “I Really Don’t Care, Do U?“

This apathetic battlecry can be heard in the words of Trump, who gave his take this past weekend, on the handling of migrant children at the border: “We’re doing a fantastic job under the circumstances.” 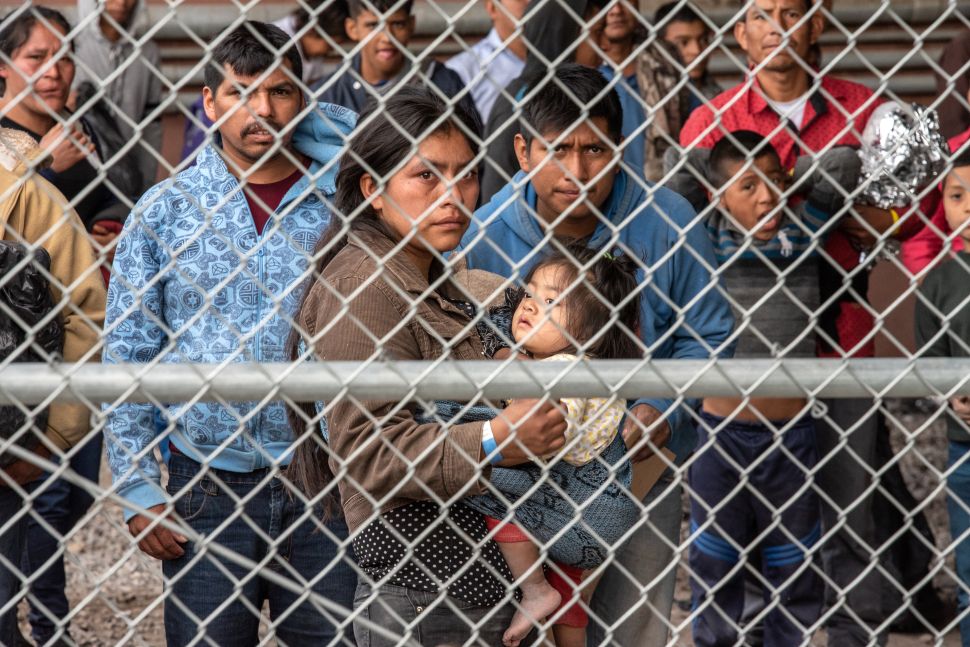