Jennifer Lopez and Alex Rodriguez have officially rid themselves of their sleek New York apartment, but they didn’t take in exactly the haul they were hoping for.

The couple listed their three-bedroom, 4.5-bathroom condo at 432 Park for $17.5 million in January, after less than a year of ownership, and had high hopes for a significant profit, considering they doled out $15.32 million for the place in February 2018. Lopez and Rodriguez accepted an offer on the over 4,000-square-foot abode about five months after tossing it on the market, but the final sales price comes to a grand total of $15.75 million.

It’s obviously significantly more than pocket money, but as the New York Post points out, that means a $440,000 profit, much of which has probably already been spent on various fees relating to the transaction.

The buyer used a limited liability company to complete the sale, so it’s not immediately clear who will be moving into the engaged duo’s former residence. We do know that the apartment occupies half a floor of the boxy midtown tower, and is reached by way of a private elevator landing, per the listing held by Modlin Group broker Adam Modlin.

As with most of the units in the supertall, this aerie has oak flooring, very high ceilings that reach over 12 feet and an Insta-worthy view.

A windowed eat-in kitchen is encased in a whole lot of marble with white lacquer cabinets and a big center island. And of course there’s a separate library. The master suite is fitted with two bathrooms that are also composed of a surplus of marble.

Alas, none of this was quite big enough for J.Lo and A-Rod, as they reportedly are in the market for more spacious Manhattan accommodations for their entire family, and are looking at sprawling homes further downtown.

The erstwhile New York Yankees captain is exploring other real estate options in New York aside from just his personal residence. He’s working with Barbara Corcoran on a partnership investing in multifamily buildings around New York, per the Post, as well as partnering with real estate investors and brokers on an additional real estate undertaking. 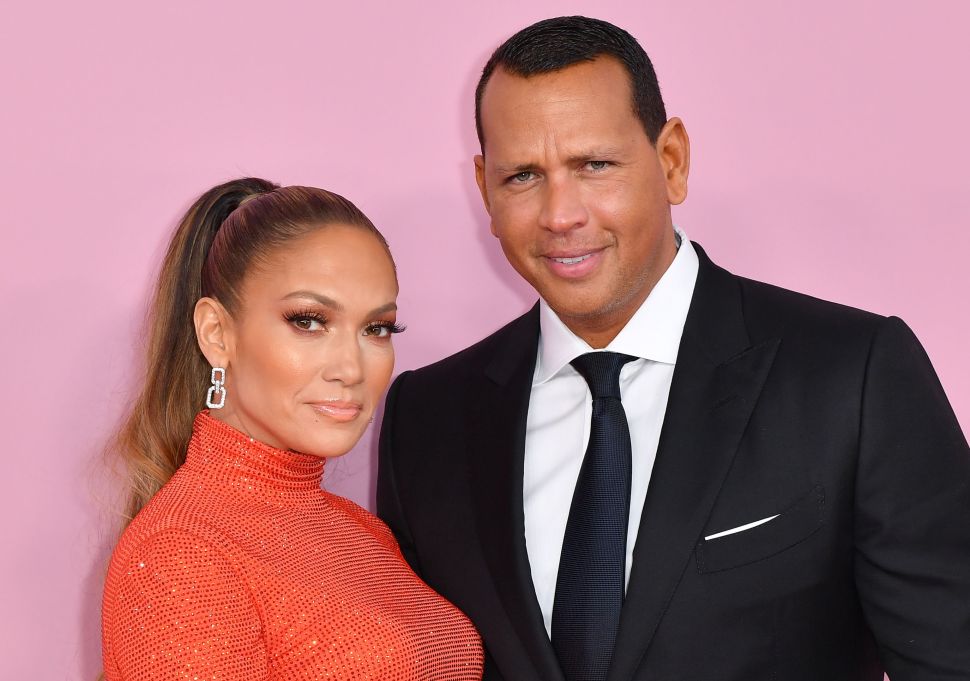