According to POLITICO, Judiciary Committee Chairman Jerry Nadler (D-N.Y.) met with Reps. Jamie Raskin (D-Md.), David Cicilline (D-R.I.), Joe Neguse (D-Colo.) and Pramila Jayapal (D-Wash.) on Wednesday afternoon to discuss the possibility. Should the committee be formed, rank-and-file Democrats worry Pelosi may appoint Rep. Adam Schiff (D-Calif.) as chairman in what could be an attempt to undermine impeachment proceedings, given both Democrats’ aversion to the measure.

Calls to begin an impeachment inquiry have escalated in recent months, with over 70 House Democrats, and one Republican, Justin Amash (R-Mich.), voicing support for the initiative. This week, four new Democrats came on board for supporting an impeachment inquiry, including Nydia Velázquez (D-N.Y), Tony Cárdenas (D-Calif.), Jan Schakowsky (D-Ill.) and Sean Casten (D-Ill.).

“That this man is unfit to be president, that he has committed high crimes and misdemeanors, that he has disobeyed the law, that he has attacked every institution of our democracy. And that makes him deserving of an impeachment inquiry,” Schakowsky told reporters.

Pelosi, however, has refused to consider an impeachment inquiry without support from Republican lawmakers.

Correction: A previous version of this article incorrectly stated that Nadler and other House Democrats wanted Pelosi to install the committee. It has since been updated. 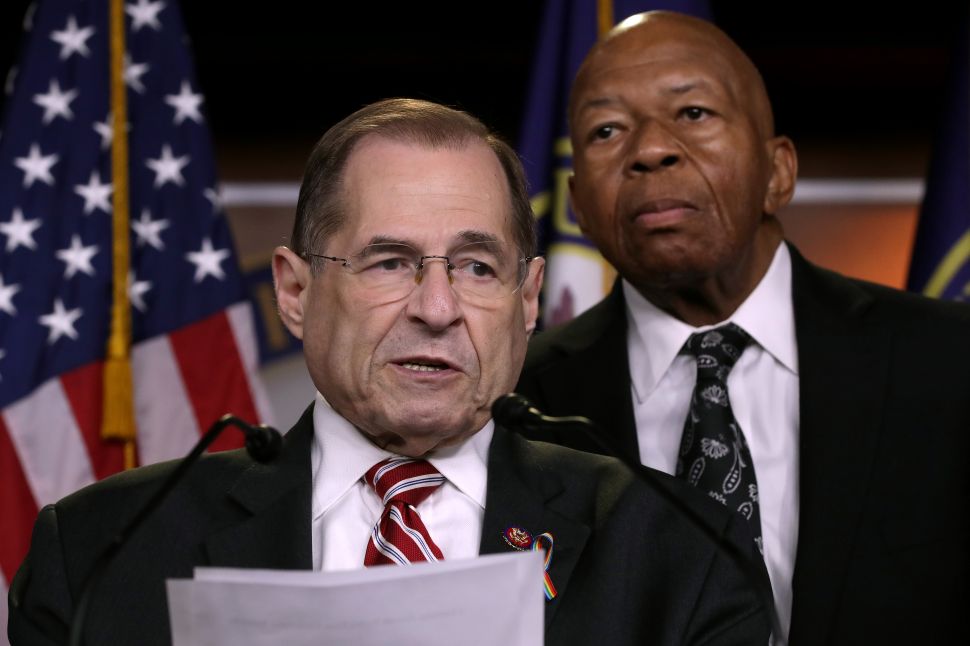