If you think 2019 is not working out too well for IPO-rushing unicorn startups like Uber and Lyft, think again. Amid a chilly equity market depressed by global political turmoil, a California food startup called Beyond Meat has defied all odds and surged over 300 percent in its first three weeks since going public last month.

Beyond Meat produces plant-based meat alternatives that are all the rage in the food and tech industry. Founded in 2009, the company is backed by General Mills, Tyson Foods and Hollywood actress Jessica Chastain, who is a vegan, among other investors.

After a month of massive gains, Beyond Meat shares are currently trading at just below $100, higher than every Wall Street price target out there. And on Thursday, the company will have to justify that sky-high price with hard numbers when it releases its first-quarter earnings.

Wall Street analysts, on average, are expecting a quarterly revenue of $39 million and a loss of $7.6 million.

“One of the challenges Beyond Meat will face over the next year is balancing investments needed to drive sales and consumer adoption with improving the company’s profitability outlook,” said Bloomberg Intelligence analyst Jennifer Bartashus.

In particular, investors will look for details about Beyond Meat’s expansion plans in Europe, where it launched its business less than a year ago, and a multi-year brand awareness campaign in Hong Kong, it revealed in the IPO filing, as well as revenue guidance for the rest of 2019.

McDonald’s introduced a vegan burger made by Nestle in its Germany market last month. But the fast food giant still seems hesitant to expand the vegan offering to a wider audience. “I don’t think [the ‘meatless’ trend] is faddish. Whether it maintains the same level of buzz is what’s interesting,” McDonald’s CEO Steve Easterbrook recently said.

In the meantime, some of McDonald’s competitors have jumped onto the vegan bandwagon in full force—with some of Beyond Meat’s competitors. Burger King has added a plant-based “Impossible Whopper” made by Impossible Foods to its permanent menu; traditional food giants like Tyson Foods and Nestle are also working on their own plant-based product lines, which are widely seen as dangerous competition to Beyond Meat.

Update: Beyond Meat reported a first-quarter revenue of $40.2 million and a loss of $6.6 million, or $0.15 per share. Stock jumped 15 percent on the numbers. 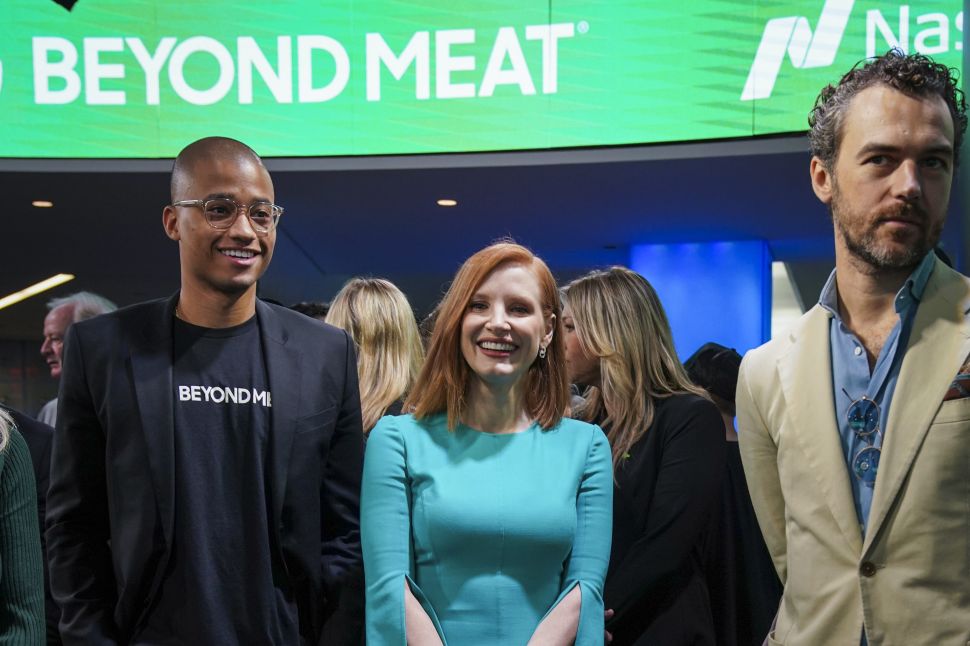