After criticism from Congresswoman Alexandria Ocasio-Cortez (D-N.Y.) over his “middle of the road” stance on climate change, 2020 Democratic frontrunner Joe Biden released a detailed proposal to tackle the issue.

“Biden believes the Green New Deal is a crucial framework for meeting the climate challenges we face,” said Biden’s campaign, referencing the New York representative’s legislation. “Getting to a 100 percent clean energy economy is not only an obligation, it’s an opportunity.”

The Democrat promises that, should he become president, the United States will achieve a 100 percent clean energy economy by 2050, reenter the Paris Agreement, crackdown on fossil fuel companies polluting the environment, and commit $400 billion over 10 years to clean energy research and innovation. He also pledges to establish an Advanced Research Projects Agency (ARPA) focused on climate change, which will aim to reduce airline emissions and the costs of small modular nuclear reactors.

Last month, Biden’s aides told Reuters he was exploring “middle-ground” solutions to combat climate change—prompting Ocasio-Cortez to paint him as out-of-touch with the progressive vanguard of the Democratic party.

“You’ve never heard me say, ‘middle of the road, I’ve been middle of the road’ on the environment,” countered Biden. “Tell her to check the statements that I made, and look at my record… I don’t think she was talking about me.”

Although Biden’s proposal had plenty of policies, it has already come under fire by environmental activist groups for plagiarism. CREDO Action co-director Josh Nelson noted that language used by Biden’s campaign was identical to pieces published by the Blue Green Alliance and the Carbon Capture Coalition.

On the right, a letter the Blue Green Alliance sent to leadership of the Senate Environment and Public Works Committee in 2017. Source (page 96): https://t.co/YxP3R16ZIo pic.twitter.com/oJSFXW742z 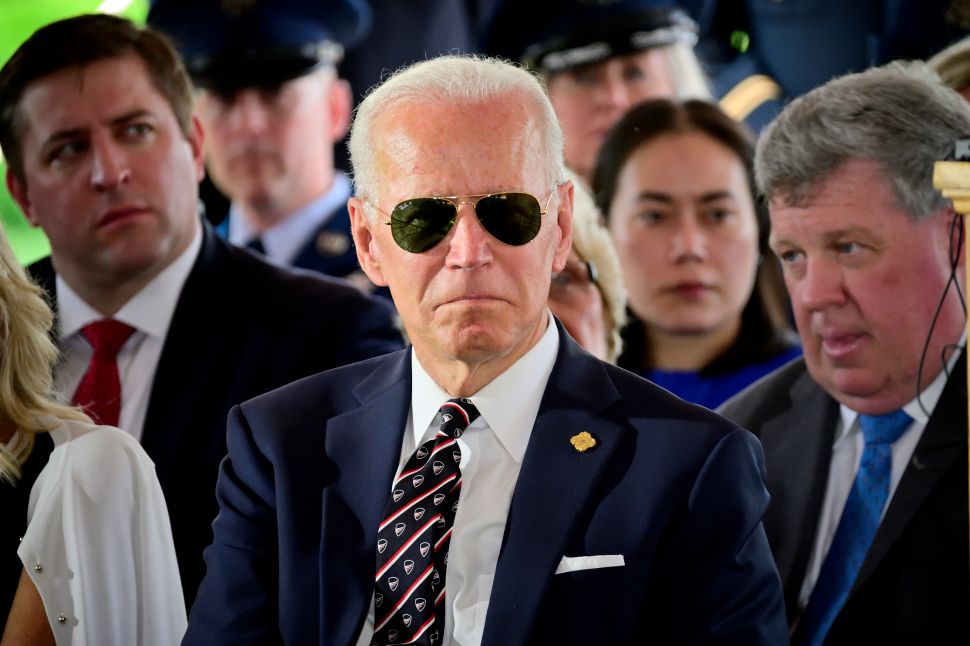