John Dean is going to testifying today on the Mueller Report.

Dean, as you might recall, was President Richard Nixon’s White House counsel, and his testimony in the Watergate investigation helped to bring down Nixon. Dean’s June 1973 testimony before Congress trumpeted that Nixon knew about the Watergate cover-up. And we all know how that resulted. The president thought he was above the law. He wasn’t. The House voted to impeach him, and Nixon left office in disgrace.

Monday’s House Judiciary Committee hearing will focus on Trump’s most overt acts of obstruction (Un)surprisingly, in true Trumpian fashion, the president went on the attack.

….No Obstruction. The Dems were devastated – after all this time and money spent ($40,000,000), the Mueller Report was a disaster for them. But they want a Redo, or Do Over. They are even bringing in @CNN sleazebag attorney John Dean. Sorry, no Do Overs – Go back to work!

Shades of Tricky Dick, Nixon took a similar public defense when he blasted the “false charges” of the Watergate trial and asked the public to end the “obsession”—so he could get on with the nation’s business.

What is that saying about birds of a feather and their proclivity for flocking together?

Trump is furious because Dean could make it apparent that his presidential misdeeds are far worse than Nixon’s and that our country is tied up in a corrupt shit-show that makes Watergate pale by comparison.

At least Nixon was an environmentalist who didn’t deny global warming.

Conway added, “They’re picking lawyers from TV now. Remember, he also tried to derail Brett Kavanaugh’s nomination. This is not a credible person.”

In 1974, Dean was disbarred and served four months in a federal safe house for obstruction of justice related to Watergate. He made a deal for a reduced sentence by providing key witness testimony.

Like Trump with Comey, Nixon wanted a pledge of loyalty and had signaled to Dean that he might have taped him during a meeting. Before the Watergate hearings, Nixon called Dean into his office to make sure that Dean didn’t implicate him in his testimony.

Nixon said to Dean: “You know when I told you we could get a million dollars [to keep the convicted Watergate burglars silent] I was just kidding?”

The bizarre exchange prompted Dean to think, for the first time, their conversation was secretly being recorded.

Dean might have gone to jail for his attempt to cover up Watergate, but Nixon, who was at the center of the corruption scandal, walked away scot-free before he could stand trial for his crimes; he was pardoned by his vice president Gerald Ford.

This leads us to wonder: Has Trump already worked out his deal with Mike Pence? 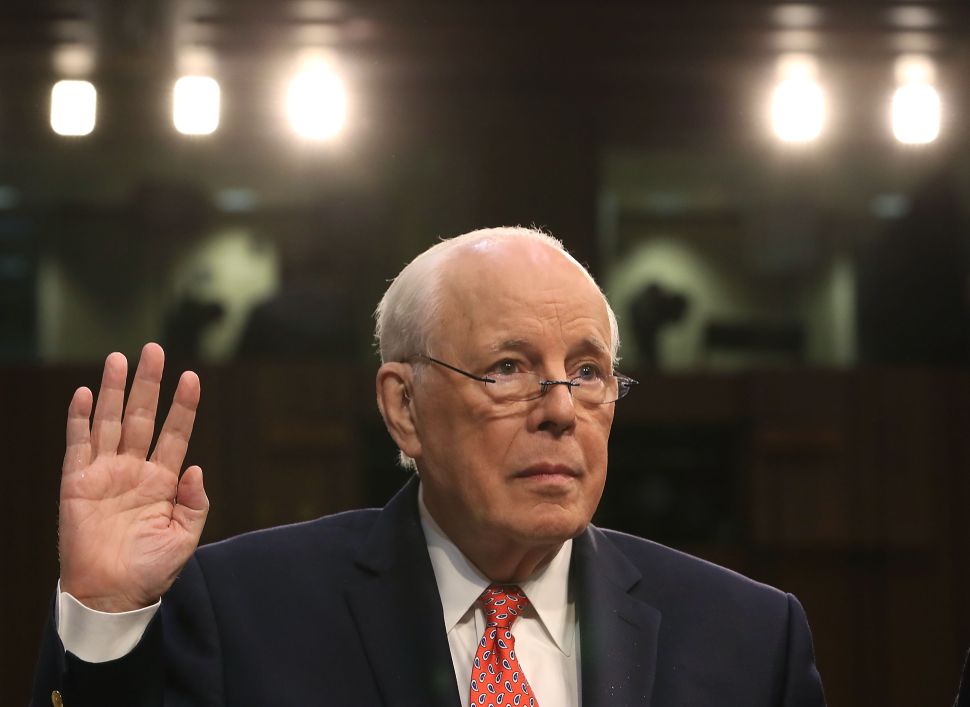