E-cigarette company Juul Labs has tapped top Trumpworld talent to lead outreach efforts as it navigates a string of investigations, led by lawmakers and the Food and Drug Administration (FDA).

Earlier this month, Vice President Mike Pence’s director of media affairs, Rebeccah Propp, announced she was departing the administration to serve as Juul’s communications director. Her arrival at Juul comes just a month after the vaping giant brought on former White House aide Johnny DeStefano—who oversaw staffing and personnel hires for the Trump administration in 2017—as an outside consultant. According to The San Fransisco Chronicle, Juul also contracted the namesake firm of President Donald Trump’s pollster, Tony Fabrizio, paying Fabrizio Ward $183,200 in April for opinion research.

SEE ALSO: The Problem With ‘Juuling’ Becoming a Verb

An increasing number of lawmakers have demanded transparency from the company on whether it is deceptively marketing to minors. Last week, Rep. Raja Krishnamoorthi (D-Ill.) launched an investigation into Juul Labs, requesting the company turn over documents related to its advertising strategies.

“This issue has been so stressing that I think Juul and other industry participants better take notice and help us make changes in the way that these products are sold and marketed ASAP,” Krishnamoorthi told Observer during a phone interview. “I would not be surprised if there’s bipartisan support on this particular issue because it deals with our youth and these folks are incredibly vulnerable to cotton candy flavored vape e-cigarettes and other techniques these industry participants honed over the years to sell their products to young people.”

In a statement, Burns told Observer that Juul is working to “restrict youth usage of vapor products” and “will continue to work with lawmakers across the country to enact these effective policies.”

Last fall, the FDA raided Juul’s San Fransisco offices, seizing over a thousand documents related to its sales. Less than a week after the surprise search, the company announced it had hired former White House deputy communications director Josh Raffel, who developed a reputation in Washington as the point man during times of crisis for the Trump administration. According to The Daily Beast, former Trump campaign chairman Steve Bannon also lobbied for a job at Juul shortly after the raid, though his efforts proved less successful.

“Quite frankly, it seems a bit naive to me. If Juul hired them thinking they could affect the FDA, they’re mistaken,” former FDA associate commissioner (and Observer contributor) Peter Pitts explained. “Juul is a market leader. Clearly, they’re in many respects the face of the vaping industry. By going after the market leader, the [Attorney General] sent a strong message that nobody is above the law and the FDA is going to go after whoever it feels is doing wrong.”

A spokesperson for Juul declined to comment on its recent hires. 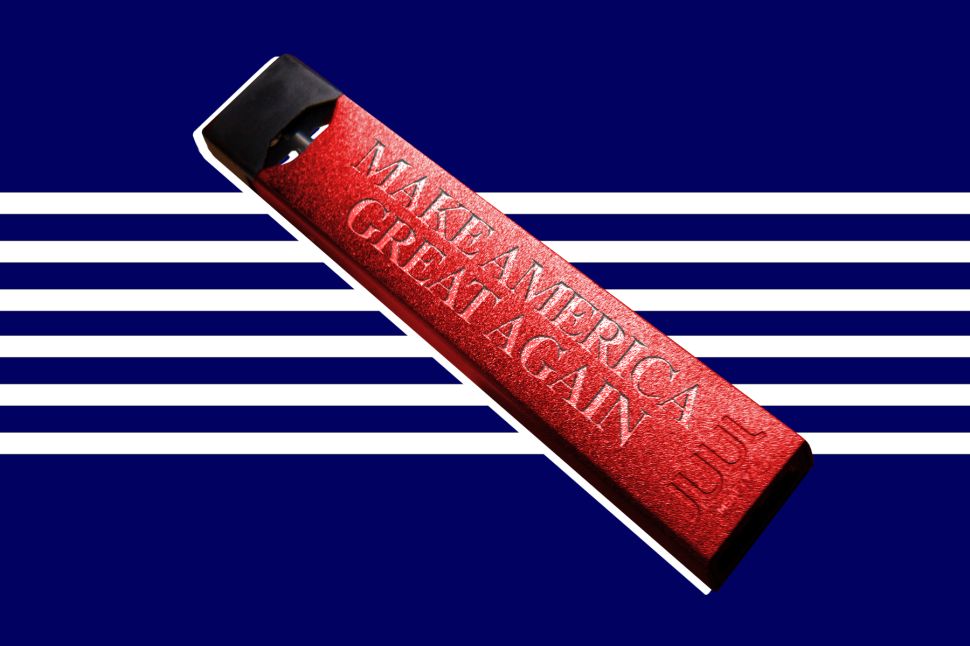