Friendship is essential yet prickly. It requires time and effort that comes in short supply in adulthood. When was the last time someone above the age of 30 talked about their new friend with whom they’ve been spending all their time? So-called ‘work spouses’ and Twitter friends don’t count. Friendships flourish over the span of a childhood or endless afternoons together on a college campus. This is the reason we hold onto expired friendships long past their shelf life; it’s hard to replace a time-tested friendship, no matter how mismatched it might seem in middle age.

Lauren Mechling, whose brilliant new novel How Could She centers around three women navigating friendship and media careers in their late-thirties, found herself obsessed with a friend who disappeared and the void it left behind. She reflected to Observer during a recent conversation, “Friends carry each other’s pasts. That’s the heartbreaking thing about friendship: when you drift apart from someone, you’re losing connection with the person you used to be. Those friends carry a piece of your history with them and that’s something that is impossible not to value dearly. Even when friendships erode and you have no business being friends anymore, it’s still so hard to sever the ties. It’s irreplaceable.”

In her opening pages, a holiday letter ushers the reader into 2017 with an informative and also competitive air. Casually referencing Manhattan real estate (“Nick and I finally moved into the town house that Nick owned forever but never really dealt with.”) and a “promiscuous spring” of creative work, Sunny MacLeod enjoys life unscathed by drudgery. The same could not be said of her very dear friend and former colleague, Geraldine Despont.

Many novels about friendship depend upon a specific event—a wedding, a crime, a birth, a death—to bring tensions to the surface. Here, it’s simply ambition and miscommunication. Geraldine is 36, single, and floundering in Toronto. While she struggles to so much as leave her apartment, her friends Sunny and Rachel have checked off the boxes of wife, artist, mother, writer, editor. Geraldine’s also languishing at the magazine where the three met during their promising early post-college years. She’s in exile from her potential, both personally and professionally. It’s not an uncommon position.

Throughout the course of How Could She, we come to know the shifting media landscape in which these three work. While print has enjoyed a long and arduous death over several decades, the 2016 American presidential election shoved another nail in the coffin. As the old vanguard disappears, other media enterprises rise and enjoy incredible popularity. Not everyone is equipped to adapt to the swift changes; many people find themselves laid off or rendered irrelevant. Geraldine is actually one of the lucky ones coasting through it all. Ennui is a small price to pay for collecting a paycheck at a soulless job during a tumultuous period.

Like Ling Ma’s Severance, a chilling novel of office devotion, How Could She captures the insidious way that corporate creative careers demand a ruthless merger of one’s personal and professional life. In the same way that none of us can—thanks to technology—turn off our connectivity, we also can’t seem to reach a state of suitable productivity. Nothing is enough. Writers, incapable of living off their métier, must also be editors or teachers—or worse, content developers. In a world that puts a high price on taste and niche audiences, it’s simultaneously incumbent upon creative workers to wear multiple hats in the effort of an endless hustle. Mechling recognizes the trends and precisely conjures up the anxiety and desperation that permeates these open plan office spaces.

Mechling also uncovers the connective emotional tissue beneath her satirical and often comic descriptions of the hierarchies, allegiances, dress codes and emotional etiquette that exist in this industry. Sunny goes so far as to use to herself, “What was the difference between coming off as calculating and doing what you wanted to, all the time? She’d long ago lost access to that answer.”

Ultimately, through the unraveling of the novel’s central friendships, we see that it isn’t print or analog media that’s dying so much as it is that our cultural consumption is shifting. Technological development has forced changes, but so have our own needs. Rather than interrogate and study language and critical thought, we’d prefer to be spoken to and soothed like small children. Without time for release from work, much less space in our schedules for friendship, we plug into our phones and listen to podcasts like bedtime stories.

It’s this desire to connect that provides Geraldine with the code to crack her stalemate. Through a fluke suggestion during a fruitless informational interview, Geraldine stumbles upon the field of podcasts. That serendipity guides Geraldine as a newcomer to New York City. Rather than depend upon old friends and old expectations, she throws her lot to new voices, new opportunities. Capitalizing on haphazard introductions, she draws upon surprising reserves of confidence and creates a new fate for herself.

As one ship sinks, Geraldine takes the helm of a new, swift vessel. In a memo to her new boss, she writes that “The age of aspiration has given way to the age of anxiety”—aptly capturing the mood of the moment. Raw emotion now supersedes a more expansive capacity for desire. Society’s frayed nerves put us in a state of fight or flight. Rubbing up against our old selves and our old needs is a thankless enterprise. While these are tough realities to face, pleasures remain and old media isn’t going to go down without a fight. Mechling’s friends can’t let go of one another and despite their antagonism, they lift one another up.

Mechling cites Barbara Pym’s catalog and Zoe Heller’s cult hit Notes On A Scandal as inspirations for her writing, but her acute social observations and crackling prose bring to mind Edith Wharton’s New York novels. Don’t let that highbrow reference distance you from Mechling’s great humor and wit, though. If you’re not already aware of her Instagram account @thecloglife and her NewYorker.com essay “The Life Changing Magic of Clogs” which inspired it, you’re missing out on one of our most intelligent and honest cultural writers who also regularly contributes book criticism to “Vogue,” where she worked for three years. Her tangible affection for her characters and their technology-saturated orbits puts her in the same league as Nora Ephron and Laurie Colwin.

“This is a weird double helix of a novel because it’s part satire and also emotionally devastating, which are my two polarities that I was trying to bring together,” she told us. “Honestly, I wanted to write a book that didn’t feel like hard work, but was a gut punch of things that were important. That’s what I was striving to do: write the book that was as scandalous and important as my conversations and text messages with my friends.”

Landing that sweet spot of emotional connection and seemingly effortless pleasure is something Mechling’s central characters also long for. A painter, Sunny also mines her luxe lifestyle to write columns on style. Rachel churns out a Young Adult novel hinged on trends while pulling thanklessly long hours as an editor at a struggling women’s magazine. From any social media portal, you’d think they were living the dream. To Geraldine in Toronto, they were. Nevertheless, they’re both deeply unhappy. Both ache to be known and loved by others. Their work is a means to connect, but it’s imperfect and strained by the whims of a fickle market. The voids they feel are revealed through jealousy and dissatisfaction; whatever they’re doing just isn’t working. Is it time for new work or new relationships?

Confronted with this chaos, Geraldine recognizes that she has to upend her life in order to thrive. Though they begin the novel with greater advantages, Rachel and Sunny each struggle to let go of a previously successful career that’s disappearing before their eyes. It’s the underdog outsider with nothing to lose who pulls herself out of a major career slump by embracing podcasts as the new media frontier. At two different points in the book, Sunny and Geraldine both remark upon the fact that New Yorkers will cluster together in dark, enclosed spaces to listen to cultural mavens or artists speak rather than face each other in the light of day. Is the rise of podcasts grounded in a broad human need for comfort and are they a more emotionally savvy medium for narrative and cultural interrogation? If the evolution of narrative turns from magazines to podcasts, how will friendship evolve? The weaknesses of social media are abundantly clear. If we can’t look each other in the eye, how can we find another way to be emotionally honest with the people we love?

Rather than interact with peers, people opt for a passive form of connection. And who can blame them? Friendship has always been an unmoored and complex experience. Unlike romance, with its clearly defined goals and expectations, friendship is a free-form expression of human engagement. As Mechling said, “While there are many strange paradoxes about friendship, our feelings about each other are so evolved and complex and dark but the way we’re conditioned to behave about and in relation to our friends is so simplistic in that it’s very difficult to voice concern or complaint in a way that I think is less so than in a romantic relationship.”

There’s a clear need for a new vocabulary surrounding friendship, which her comic but serious novel attempts to make clear. “It’s easier to talk about what hurts you in a romantic relationship, but with women friends, it’s really hard. You’re afraid of looking like you’re out of bounds for bringing up tendernesses and vulnerabilities.”

Geraldine draws from her previous failures—romantic, platonic and professional—to cultivate a genuine role for herself. Striking upon those genuine moments of empathy is what makes podcasts successful. Toward the novel’s end, Sunny remarks to Geraldine that, “We used to tell each other our secrets. Now I learn about what you’re up to by listening to your podcast.” Geraldine doesn’t deny it and the conversation concludes with Geraldine’s reflection that, “Sometimes I think the world has gone mad.” To which Sunny responds, “‘Or maybe you’ve found your way in it.’ Sunny granted her old friend a melancholy smile. ‘Better you than anybody else.’” As Sunny and Rachel scramble to admit to the truths they can’t quite articulate, they’re both well on their way to adopting a new language to match this new landscape.

How Could She doesn’t attempt to reconcile the chaos of our times. Even so, Mechling acknowledges certain simple pleasures. The rush of texting a new friend is a sincere feeling. Being able to communicate without words is the beauty of a lengthy friendship. When we refuse to let the past define us, sometimes the truth of that can set us free. If publishing can awkwardly confront social change, perhaps friendship can survive as well. Mechling lays bare the challenges we face with no small amount of tart humor and obsessive affection for the improbable and inexplicably flawed medium of friendship. 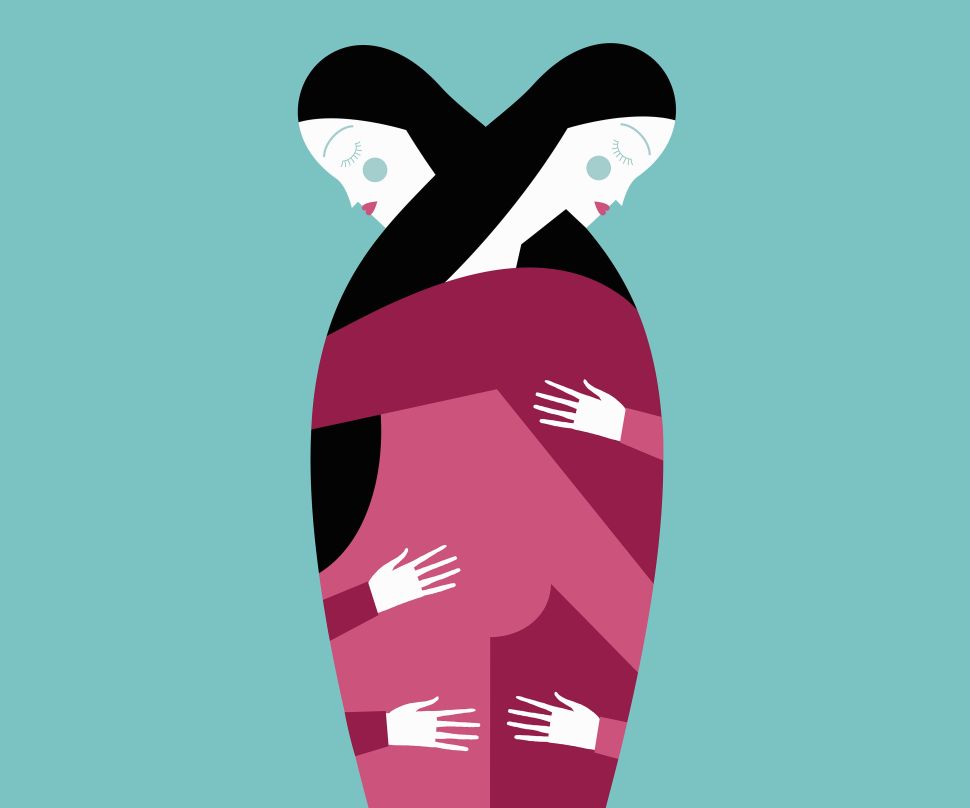