Senator Lindsey Graham (R-S.C.) told reporters on Capitol Hill that Iran needs to prepare for “severe pain” after it shot down a United States surveillance drone on Wednesday night.

“Here’s what Iran needs to get ready for: severe pain, inside their country,” said the Republican senator. “Their capabilities pale in comparison to ours. We’re not going to let them disrupt navigation of the seas, attack our allies and U.S. interests without paying a price. If they’re itching for a fight, they’re going to get one.”

Both Washington and Tehran confirmed Iran’s military shot down the drone but disagreed as to why. Iranian officials have claimed the device violated Iran’s airspace, while the United States Central Command called the decision “an unprovoked attack on a U.S. surveillance asset in international airspace.”

Iran made a very big mistake!

“Iran made a very big mistake!” tweeted President Donald Trump on Thursday before meeting with his national security advisors to discuss the attack.

Graham is not the only Republican senator ramping up his escalation toward Iran. Speaking with POLITICO this week, Senator Tom Cotton (R-Ark.) said there is little risk in launching a “retaliatory strike” against the regime.

“Whatever Iran thinks they can do to the United States or our security partners in the region we can do tenfold to them. One hundredfold to them,” Cotton told the publication. 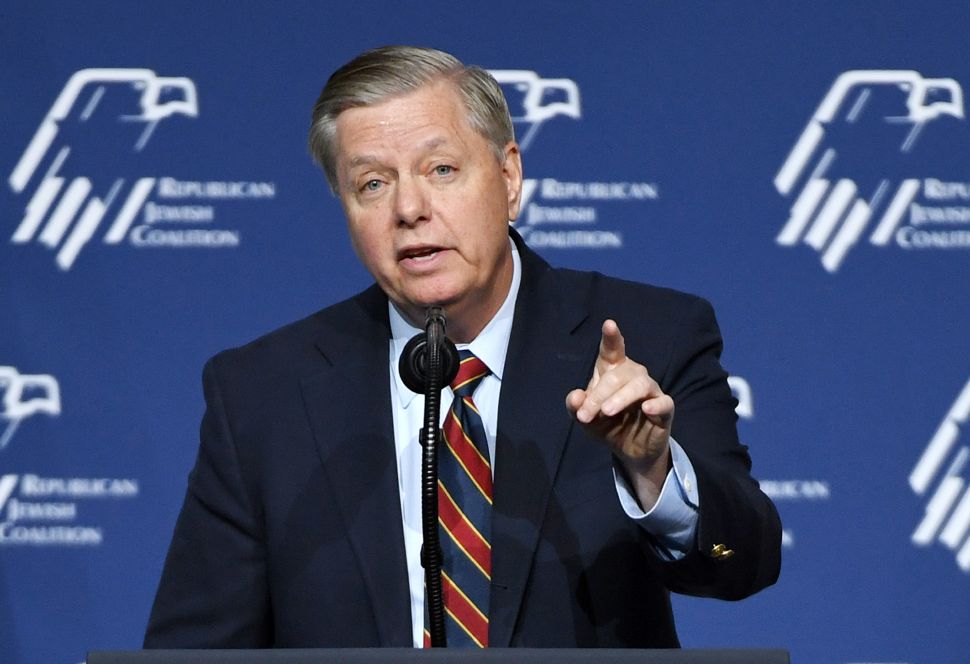