“While I understand that Saudi Arabia is a strategic ally, the behavior of Mohammed bin Salman cannot be ignored. Now is not the time to do business as usual with Saudi Arabia,” said Graham in a statement, according to The Washington Post. “I am also very concerned about the precedent these arms sales would set by having the administration go around legitimate concerns of the Congress. I expect and look forward to strong bipartisan support for these resolutions of disapproval.”

Although Graham is a close ally of President Donald Trump, the senator has pushed back on the White House’s coziness with Saudi Arabia following the murder of columnist Jamal Khashoggi last fall. In November, Graham announced he had flipped his vote on a resolution that would end U.S. military support for the Saudi-led coalition in Yemen—Trump later ended up vetoing the measure.

“I changed my mind because I’m pissed,” Graham said at the time. “The way the administration had handled the Saudi Arabia event is just not acceptable…”

The president’s decision last month to bypass Congress via an emergency provision in the Arms Export Control Act to sell the $8 billion arms deal package further infuriated lawmakers. Other lawmakers to push back against the arms sale through Wednesday’s 222 resolutions include Senators Bob Menendez (D-N.Y.), Chris Murphy (D-Conn.) and Rand Paul (R-Ky.). 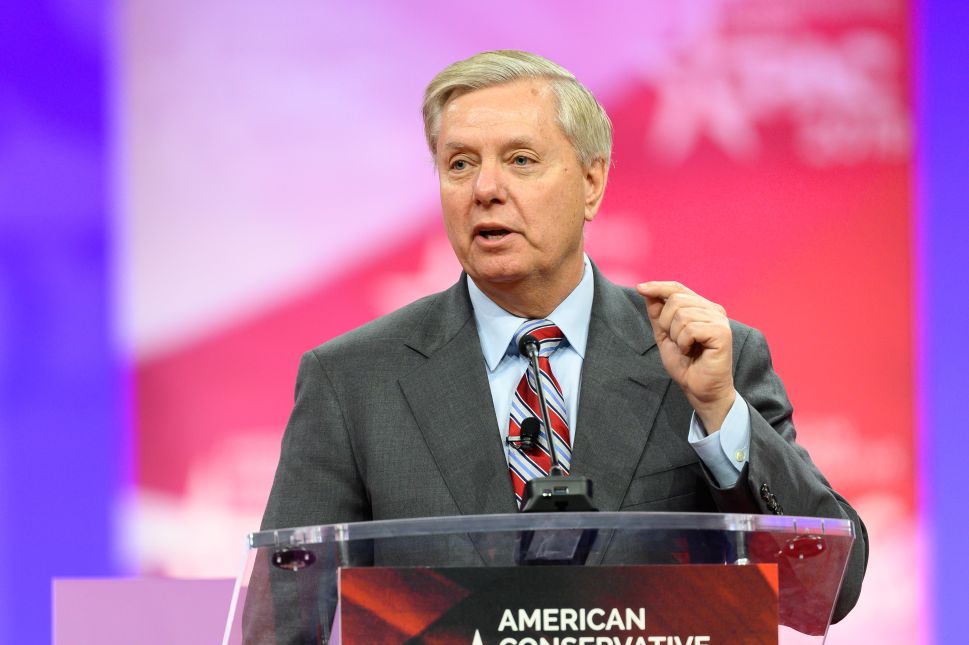