Hale netted just a bit under that, as the four-bedroom, four-bathroom Coldwater Canyon property sold for $2.45 million. Even if she didn’t score the entire haul, it’s still a noted profit from the $1.74 million she paid for the three-story residence back in 2014, per the Los Angeles Times.

The house features floor-to-ceiling glass French doors and hardwood floors throughout, and Hale previously told Architectural Digest that she and her interior designer dutifully scrolled through Pinterest for decorating inspo.

The open, eat-in kitchen is fitted with stainless steel appliances, white cabinetry and marble countertops, with a large, distressed wood dining table. The living room features a white brick encased fireplace and wood accents, and opens to another dining area.

The master suite has vaulted ceilings, a fireplace and French doors that open to a private patio, plus a bathroom with a standing clawfoot tub, two separate marble sinks and barn door shower. Outside, there’s a saltwater pool, cabana and a few lounging and entertaining areas.

Hale reportedly already bought another Los Angeles home for nearly $3 million shortly before listing this one for sale, but it looks like she’s also in the market for a property on the East Coast. Hale recently shared on Instagram (of course) that she’s moving to New York very soon, which isn’t too surprising considering she’s in the midst of filming Katy Keene, the new Riverdale spinoff in which she’s starring. We suppose that means she’ll be back on Pinterest soon. 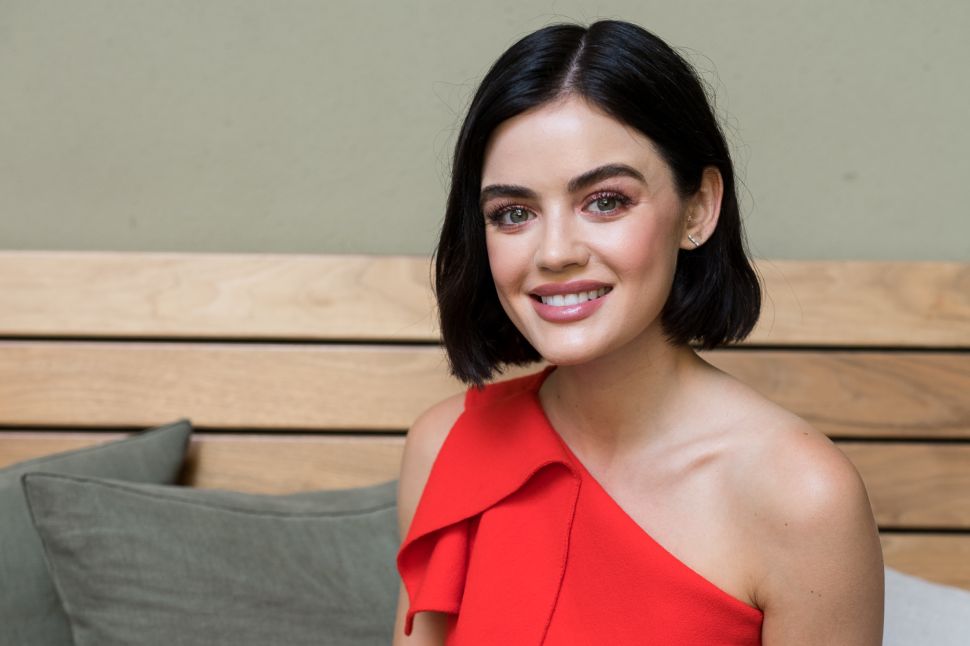