As the NBA finals heat up, so has the fans’ rowdiness.

This time though, the source wasn’t Raptors superfan Drake. During Wednesday night’s Game 3 between the Golden State Warriors and Toronto in Oakland, a seemingly random fan caused a ruckus by pushing Raptors point guard Kyle Lowry.

As it turns out, the fan was none other than prominent venture capitalist Mark Stevens, a Silicon Valley investor who happens to own a stake in the Warriors, Axios confirmed. The incident resulted in the billionaire being ejected from his court-side seat and banned for the rest of the series. The Warriors organization released a statement about the VC’s behavior, which included an apology to Lowry.

“Mr. Stevens’ behavior last night did not reflect the high standards that we hope to exemplify as an organization. We’re extremely disappointed in his actions and, along with Mr. Stevens, offer our sincere apology to Kyle Lowry and the Toronto Raptors organization for this unfortunate misconduct. There is no place for such interaction between fans—or anyone—and players at an NBA game,” the Warriors said in the statement.

Stevens is a managing partner at San Francisco-based firm S-Cubed Capital. In the past, Stevens made his fortune from investments in tech giants like Google, Yahoo and YouTube. He also sits on the Warriors’ executive board due to his minority stake in the team, as well as the board of tech hardware company NVIDIA.

Following the game, before the identity of the fan became known, Lowry told the AP that the altercation began with Stevens verbally attacking the Raptors player, before it eventually ended in a push on the court. “There’s no place for that,” Lowry said. “He had no reason to touch me. He had no reason to reach over two seats and then say some vulgar language to me. There’s no place for people like that in our league. Hopefully, he never comes back to an NBA game.” 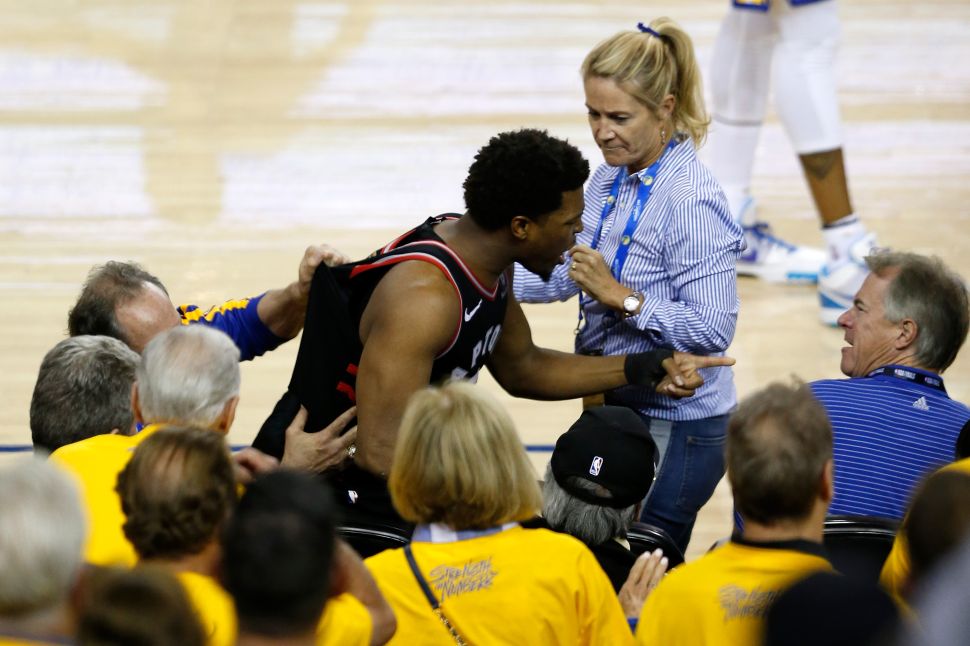