“How can we as a party stand up to the generational challenges we face with globalization and automation and climate change if we don’t look credible to the body politic?” Gaetz told The Wall Street Journal in an interview.

In April, the Trump ally introduced legislation that would cut greenhouse gas emissions by focusing on innovations in the private sector. As a counter to Congresswoman Alexandria Ocasio-Cortez’s (D-N.Y.) Green New Deal, Gaetz’s “Green Real New Deal” would increase federal investment in clean energy technology like solar and nuclear power.

“[If] we get this right, if we make the right investments in our grid, then we will create a class of energy entrepreneurs over the country,” said the congressman when introducing the resolution. “Where people can put up solar cells, access hydropower, and then move that power back on to the grid so that renewable cleaner energy can be democratized over wider swathes of the country.”

Other Republican lawmakers have also made the environment a priority.

“What I think Republicans have an opening to do is really be good stewards of the environment,” the governor said last month in Miami. 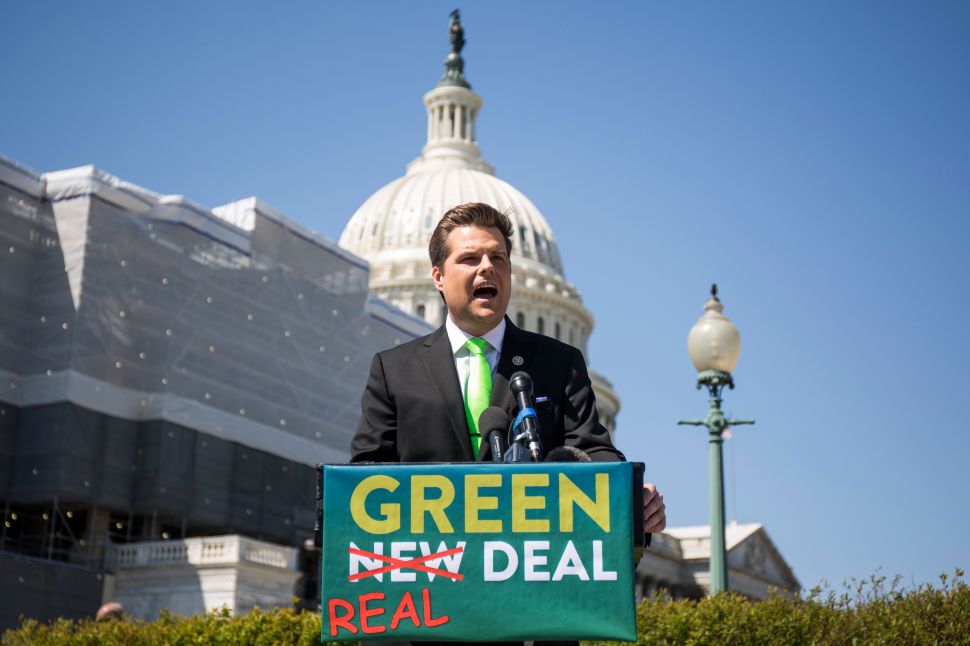