After more than 17 years of ownership, Catherine Zeta-Jones and Michael Douglas have decided to part with their longtime Bermuda home. The couple purchased their sprawling 3.12-acre property in the early 2000s, and completed a major remodel of the 19th century house.

Zeta-Jones and Douglas told Architectural Digest in 2002 that they decided it was the perfect weekend getaway when they realized Bermuda is “just 90 minutes from New York—less time than it takes to get to the Hamptons.” Yup.

Douglas also has a long history on the island, as his family has had a presence there since 1610. Alas, Douglas and Zeta-Jones are now preparing to sell the estate, and have tossed it on the market for $10.6 million, as noted by Variety.

The eight-bedroom, eight-bathroom estate is centered around the circa 1827 ivy-covered main house, with picturesque harbor views from almost all of the rooms. The 9,500-square-foot abode has a living room with a fireplace, kitchen with dark wood cabinetry and a separate dining room, with a full children’s suite composed of two bedrooms, two bathrooms, a music room and a den.

The master suite is located upstairs, as is an office and a media room. There are two 50-foot cedar verandas looking out at the , per the listing held by Sotheby’s International Realty broker Lyndy Thatcher.

The basement level is fully finished, and contains a gym with a shower, locker room, bath and a whole sauna set up. Elsewhere on the grounds, there’s a two-bedroom guest cottage, spare apartment and a two-bedroom caretaker’s cottage. There’s also a fruit orchard, herb gardens, a gated pool and a tennis court with a viewing pavilion.

Douglas still has ties to the island, as he has long been involved with the Ariel Sands hotel, which has been in his family since the 1950s but closed in 2008—the Academy Award winner is currently working with developers on reopening the hotel.

This isn’t the only glitzy vacation home Douglas and Zeta-Jones want to part with, as they’ve been trying to sell their luxe Majorca estate since 2014, when it popped up on the market for over $60 million. It’s still up for grabs, with a significantly discounted $32.5 million price tag. 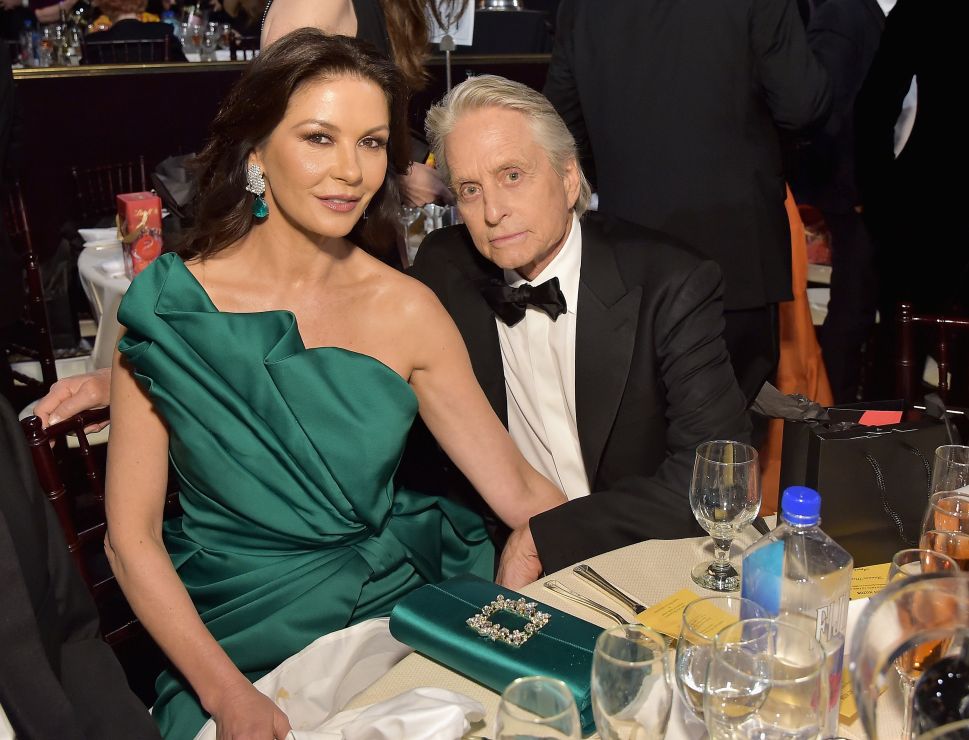