The fifth season of the critically acclaimed dystopian sci-fi anthology series Black Mirror finally arrived on Netflix last Thursday, but fans aren’t that happy with it, and for good reason. Historically, production on the show has always been sporadic and inconsistent, as deliberately enigmatic and existentially unreliable as the nightmarish societies reflected in its stories. Only last December, Netflix hoped to satiate hungry viewers with the innovative interactive feature “Bandersnatch,” but unfortunately this unorthodox if not unengaging piece of entertainment proved little more than a sub-par appetizer, one that made fans increasingly impatient for the main course.

The next meal they were waiting for turned out to be a meager one. Technically, the number of episodes per season is not set in stone until the air date, but ever since the aforementioned streaming giant took over production in 2016, that number appeared to be fixed at six. Against all expectations, the fifth season only contains half that number, reminding us of the days when writer Charlie Brooker’s now world-dominating dark creation was but an obscure independent production, occupying an equally dark time slot for three episodes per season on Britain’s Channel 4.

And to top that off, two of the season’s three episodes prove to be underwhelming and mediocre at best, introducing neither gripping narratives nor intriguing themes, and certainly not showing us anything we haven’t already seen. If the season will be remembered for anything, it is its third and final episode, “Rachel, Jack and Ashley Too,” about a young pop star looking to take back control of her career, art and indeed her life, all of which are carefully groomed by her evil entrepreneurial aunt. Starring Miley Cyrus as the titular Ashley, known cringe-worthily to millions of teenage girls as ‘Ashley O,’ the episode is a sharp critique on the ethics of stardom, one that eerily mirrors the real child actress’ escape from her confining role as Disney’s child-friendly Hannah Montana and subsequent change into her very own music icon.

Despite being the undisputed best of what Brooker has to offer this time around, “Rachel, Jack and Ashley Too,” has, far from being praised for its originality, been lamented for its untapped potential. Fans point at its underdeveloped concepts such as cloning and artificial intelligence (both of which have been explored thoroughly in previous episodes, such as “Be Right Back,” and “White Christmas”), and accuse its feel-good ending of being a symptom of the infamously bleak show losing its uncompromisingly sinister edge, despite the fact that there are several episodes, including “USS Callister” and “San Junipero,” that also concluded with a positive note.

But the changes these complaints would propose, of disrupting the narrative and altering the tone, would evidently detract from what Brooker is trying to accomplish here, and what he has been trying to accomplish with the show since its earliest conception: to expose the lies and hypocrisies of society. In this case, his target is the music industry. Ashley O does not exist; she is an artificial personality, created not by Ashley herself but by her aunt. Her songs don’t communicate what Ashley feels inside, rather what extensive market research has proven sells. The conflict between the artistic integrity of the artist and the financial interest of their producers might as well by now be regarded as one of storytelling’s most archetypal relationships, one that Brooker chose to represent literally by having Ashley’s aunt induce her into a coma, extracting songs from her head without resistance, suiting them to her own needs.

At the end of the episode, Ashley succeeds in exposing her aunt’s crimes to the world. Master of her life and art at last, she ceases to produce pop music on a global scale in favor of small gigs where she performs alternative rock and punk music. Miley Cyrus herself went through a similar development, but to what extent she has become the master of her own destiny or has remained caught up in the economic machinery remains uncertain. So long as there are others involved in the artistic process, acting on their own best interests, we can never know for sure.

“Rachel, Jack and Ashley Too,” may tell its story through a slightly different voice, but the story it imparts undoubtedly belongs in the cruel world of Black Mirror, and represents the best of Brooker’s talent as a writer: a continuous desire to reinvent himself, and a consistent capacity to surprise his audience. 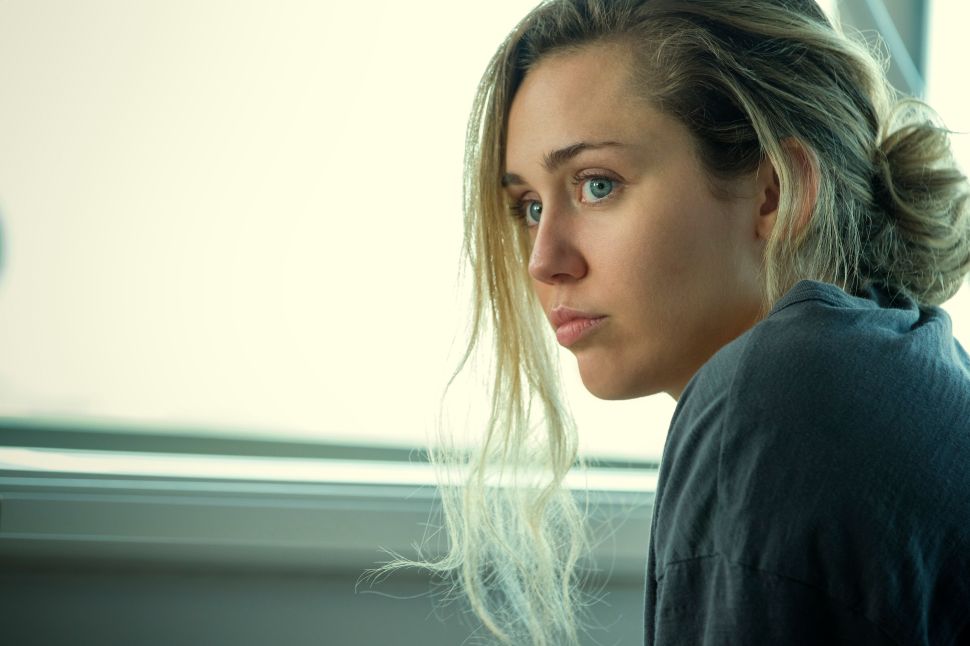