Senate Majority Leader Mitch McConnell (R-Ky.) praised President Donald Trump’s approach to the trade war with Mexico, just a week after warning “there is not much support” for tariffs within the Republican Party.

“I think the cold hard reality is, even though almost none of my members were enthusiastic about the prospect of tariffs, you have to give the president credit—it worked,” McConnell told conservative radio host Hugh Hewitt on Tuesday.

The Senate Majority Leader added that Trump’s threat of a five percent tariff on Mexican imports could have “a good chance of solving this crisis at the border” and that he deserved “applause” for resolving the negotiations. McConnell’s praise follows a tumultuous few weeks for the White House, in which a faction of Republicans, including Senators Mitt Romney (R-Utah) and Chuck Grassley (R-Iowa), spoke out against the president’s trade measures. Many GOP senators were ready to break with Trump and form a veto-proof majority to block the tariffs.

Last Friday, Trump declared victory over Twitter, claiming that “the United States of America has reached a signed agreement with Mexico.” In return for suspending the tariffs, Mexico’s government has offered to crackdown on Central American migrants entering the U.S. illegally through Mexico, according to The Washington Post. 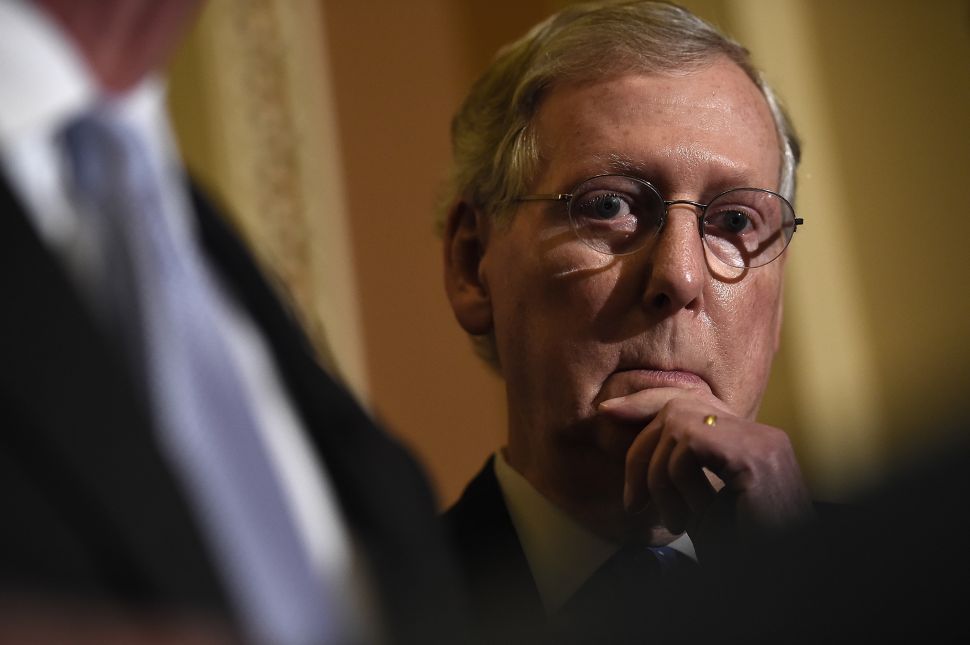