Two operatic events last weekend—Purcell’s Dido and Aeneas presented by Angel’s Share and David Lang’s Prisoner of the State at the New York Philharmonic—couldn’t have been more different in scale. The first featured barely a dozen performers while the other seemed to place the entirety of Local 802 on the stage.

And yet they had in common the compact format of so many performing arts events today: each ran only a little over an hour. I call it the Alvy Singer Effect, after the celebrated opening quip about life in Annie Hall. These operas were “full of loneliness and misery and suffering and unhappiness, and it’s all over much too quickly.”

The Purcell is part of an ongoing experimental series presented inside a catacomb at Brooklyn’s Green-Wood Cemetery, an offbeat idea that in this case actually makes logical sense: the heroine’s aria as she lies dying begins with the words “When I am laid in earth.” But, unlike last summer’s installment of the series, the spine-tingling Rose Elf, Friday evening’s Dido felt tame and predictable both as music and as theater.

Director Alek Shrader seemed daunted by the curious performing space, essentially a concrete tunnel around 200 feet in length. An attempt at configuring it into a traditional proscenium arrangement made the performers seem much farther way than they actually were.

This loss of intimacy was exacerbated by the stiff formality of the stage action: the classical characters struck poses more suitable for sculpting than for emotional connection. Costuming by Fay Eva looked uneven, especially in the contrast of Dido’s soignée draped scarlet jersey ball gown and Aeneas’s casual weekend cotton tee and yoga pants.

Musically things were more consistent, particularly Daniela Mack as Dido, a pungent, pulsing mezzo deployed with regal confidence. Her romantic vibrato matched well with that of baritone Paul La Rosa, a glamorous voice and a smoldering personality more than sufficient to set a queen’s heart quivering.

Mezzo Vanessa Cariddi as the Sorceress deserves high praise not only for her poised vocalism but her dramatic underplaying. It was a particularly chilling idea that this villainess could doom and kill Dido with total sangfroid. Molly Quinn as the queen’s sister Belinda sported a silvery soprano with an engaging narrow vibrato. Too bad she looked so uncomfortable in the rigid Delsarte attitudes she was assigned.

The tiny continuo and string band led by Elliot Figg deftly partnered with the singers both in declamatory and legato passages. Sadly the music was interrupted by some interpolated lines from a Christopher Marlowe play that needlessly complicated Dido‘s elegantly minimal plot.

At least Dido has a plot, which is more than can be said about the Lang “opera,” which, heard Saturday night, felt more like a suite of unrelated pieces on the theme “Prison = Bad.” The libretto is basically a reduction of Beethoven’s Fidelio to a series of mini-tweets, with a twist cribbed from the finale ultimo of Brecht’s Dreigroschenoper.

The piece alternates between ear-splitting full orchestra hammer blows recalling Bernard Hermann and mousy solo ariosos, one of which sounded for all the world like a forgotten Madonna B-side. (I mean, even the title!)

The New York Philharmonic’s music director Jaap van Zweden tirelessly brought the noise, and Elkhanah Pulitzer ratcheted up the assault on the audience even more by shining glaring lights in our eyes for the last ten minutes or so. The experience left me feeling enormous empathy—though not so much for convicts as for migraine sufferers.

The flashiest solo role was that of the Governor, in which tenor Alan Oke gave a striking impression of Peter Pears doing a Bond villain. The “Fidelio” character, here stripped of both aria and dramatic purpose, was Julie Mathevet, who delivered a solid audition for Éponine. More on point was Eric Owens, his opulent bass-baritone adding warmth and interest to the listless music assigned to the Jailer.

But the only real emotional connection in the seemingly endless 70 minutes of this work came from Jarrett Ott as the Prisoner. In his ravishing baritone, Lang’s affectless music evoked a heartbreaking contrast of childlike vulnerability and heroic resignation. (If, as rumored, the Met is ready to revive Britten’s Billy Budd, they need look no further for their title character.)

Shorter programs (or as Alvy Singer would say, “such small portions”) may well be the future of opera. If that’s true, presenters will need to achieve a higher level of polish than what was on display last weekend. 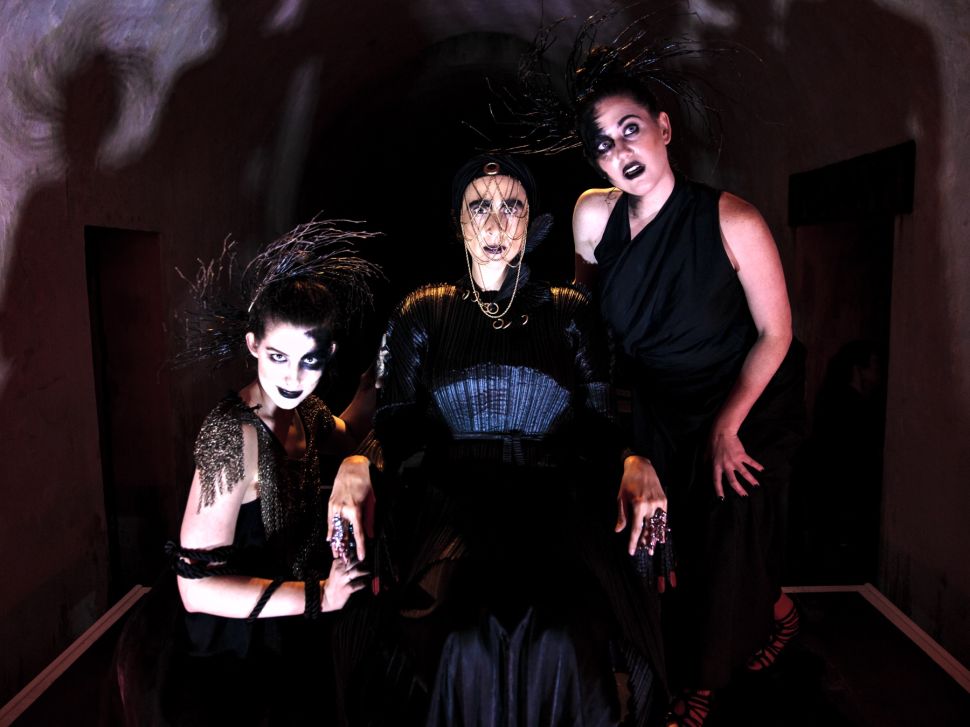