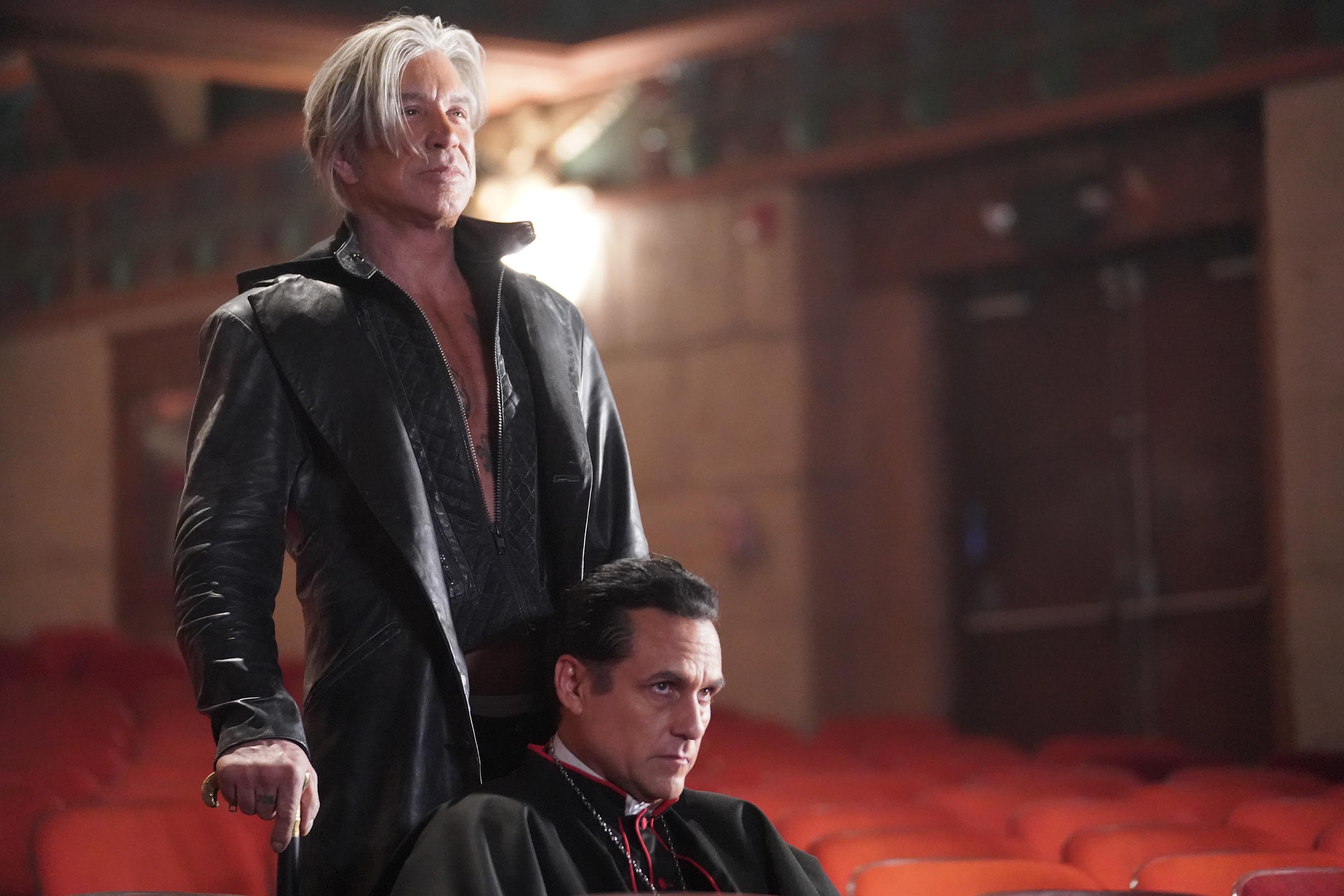 A horror anthology consisting of five episodes by different directors with more imagination than skill, Nightmare Cinema will make you scratch your head more than your goosebumps. Each story is designed and determined to scare the living daylights out of you, but I promise you more yawns than screams. What it will do is remind you of the good old days of compilation films with guest stars like Joan Collins and Vincent Price. Now they knew how to raise your blood pressure without even trying.

Each entry in the Nightmare Cinema collection centers on a deserted movie theater run by “The Projectionist,” played by Mickey Rourke, who looks like he’s been the source of a few nightmares himself. He preys on the souls of his patrons, showing them films that turn out to be footage of their own lives, and says things like: “I’m the curator of a hundred years of nightmares, trapped in a silver screen that never forgets.”

In The Thing in the Woods, a group of teenagers are slaughtered by a masked creature that hacks them to death with butcher knives, axes, hatchets and other sharp objects, and then burns them alive with a blowtorch. In Mirari, Richard Chamberlain plays a plastic surgeon who turns a girl into a disfigured monster with a lopsided jaw and three breasts.

Continuing without bothering to make any coherent explanation of the twisted tales, something called Mashit centers on a convent school where a priest and a nun are having a passionate affair, summoning an infernal demon from hell called “Mashit,” in charge of punishing those guilty of lust and incest. Its goal is torturing children and driving them to suicide. One by one the children in their white robes are covered in blood as everyone falls from a cross on top of the roof.

In This Way to Egress, a woman whose husband has deserted her and their two children goes mad and wanders the blood-soaked halls of a mental asylum carrying a gun with one bullet, but returns to the cinema to turn it on herself. Finally nearing the end and still waiting for something scary, there is one last try—a dilly called, simply, Dead, about a boy who watches his mother and father as they are attacked and killed by a maniac. After being pronounced dead for 17 minutes, the boy wakes up in a hospital full of zombies. It’s the morgue.

OK, so I’m a sucker for this kind of creepy stuff, but I have low tolerance for the blood and exploding violence unleashed here. Available in theaters and cities from coast to coast, but only in the on demand format in New York, I’d like to tell you that Nightmare Cinema is a creep show, but trust me—you’ll forget it before you can say “boo!” 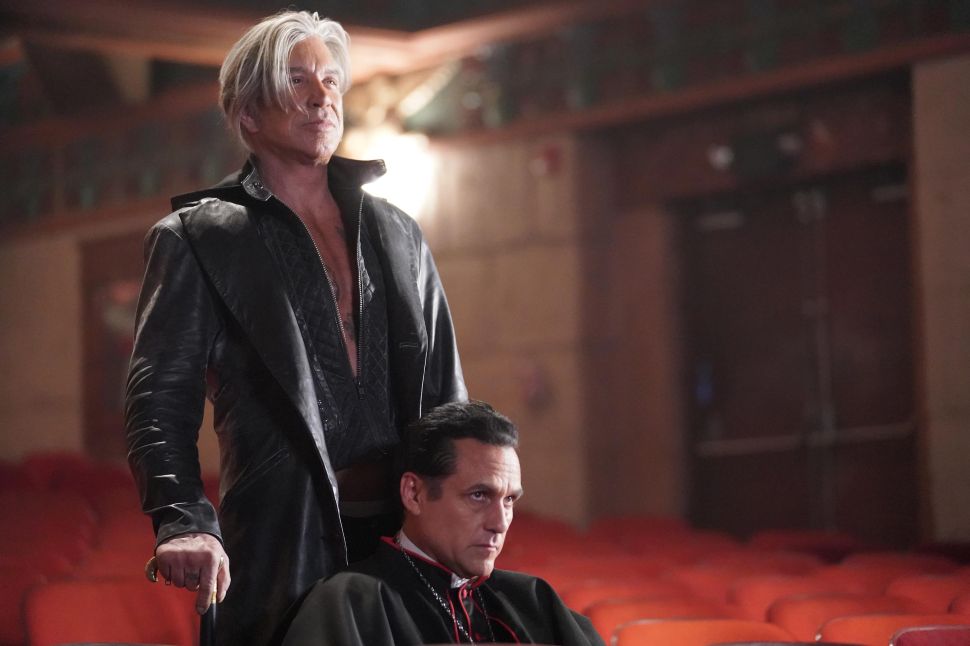