Former Gov. Chris Christie isn’t mincing words when it comes to talking about how the Trump administration discarded his work planning for the presidential transition.

In an interview with Axios, Christie said the decision to fire him two days after Trump was elected and discard the 30 volumes of vetting documents on possible cabinet appointees he’d compiled was “a monumental staff failure that failed the president, and as a result, failed the country.”

In the interview, Christie reiterated his belief that Trump’s son-in-law Jared Kushner was responsible for his being removed as head of the presidential transition team. Christie had once prosecuted Kushner’s father.

In the video interview, Christie said he’d prepared background reports on four people for each cabinet position. That information was ignored once Christie was dismissed, the former governor said.

“The longer-term consequences for the president and for the country is that he didn’t have the very best people in front of him to be able to make a full and fair decision about, and then he paid the price,” Christie said.

Quote of the Day: “In the end, this is a monumental staff failure that failed the president, and as a result, failed the country,” — former Gov. Chris Christie, on how his efforts planning for the Trump administration’s transition were ignored.

NJ Congressional Democrats Want Answers on Census Test, Are Concerned About Undercounting
Days before the U.S. Supreme Court is expected to rule on whether the 2020 census may include a question about citizenship, New Jersey congressional Democrats on Monday requested results of a test sample currently being conducted to gauge public reaction to the potential question.
The Record Read more

Little Evidence of a Digital Divide in NJ, Poll Finds
A new Rutgers-Eagleton/FDU Poll finds most New Jersey residents have the digital devices and the internet access they need to access to connect with others.
NJ101.5 Read more

There Are About 100 billboards in NJ With a Strange Message for Gov. Murphy. Here’s What It’s All About.
There are about 100 digital billboards ads spread across major roadways in the northern part of New Jersey with an odd message for Gov. Phil Murphy.
NJ.com Read more

Stile: How Phil Murphy Dropped the Ball on the Millionaires’ Tax—Again
New Jersey now has a much clearer portrait of Gov. Phil Murphy after he’s been dealt his second humiliating setback on a state budget.
The Record Read more

It’s Groundhog Day in New Jersey! Murphy Keeps Repeating Himself on Budget and Government Shutdown.
With only six days left before the deadline for a state budget to be enacted in New Jersey, Gov. Phil Murphy on Monday once again did not say publicly what he plans to do with the $38.7 billion state government spending plan that lawmakers sent him last week.
NJ.com Read more

No Matter How Budget Negotiations Go, Residents Could See Big New Tax Breaks
New Jersey residents are set to come away with some notable new tax relief, no matter how the ongoing fiscal tug of war involving Gov. Phil Murphy and lawmakers is resolved this week.
NJSpotlight Read more

Codey Stands With Murphy: ‘I Want to Congratulate Him for Having the Onions to Stand Up’
Former Governor Dick Codey stood with Governor Phil Murphy this afternoon at a governor’s press conference in Newark and praised him for opposing South Jersey Power Broker George Norcross III.
InsiderNJ Read more

NJ Could Create Hard Requirements for Affordable Housing Units
No matter where it may be in New Jersey, a new housing project with 30 or more units must have at least 25 percent of those units set aside for low-to-middle income earners to afford, under a proposed law that’s taken its first step forward in the state Legislature.
NJ101.5 Read more

NJ Bill Would Ban Discrimination Based on Hairstyle
A bill introduced in the New Jersey legislature would ban discrimination based on hair in the workplace, housing and public schools.
Inquirer Read more

NJ Cop’s 0.36% DWI Arrest Kept Quiet for a Year
The drunk-driving arrest of a veteran South Jersey police officer whose blood alcohol level tested at over four times the legal limit is coming to light over a year later—because material members of the public obtained through public records requests was posted online.
NJ101.5 Read more

How 2 Unrelated Hospital Measures Have Stalled in Trenton
Lawmakers in Trenton were scheduled to act on several hundred legislative items Thursday, but two controversial health care bills not on that agenda attracted outsized attention from hospital leaders and patient advocates.
NJSpotlight Read more

Paterson Faces $130M Moment of Truth on State Tax Credits
Mayor Andre Sayegh said his final plans for $130 million in state tax credits will include the reconstruction of historic Hinchliffe Stadium, even though the City Council has voted down the plan.
The Record Read more 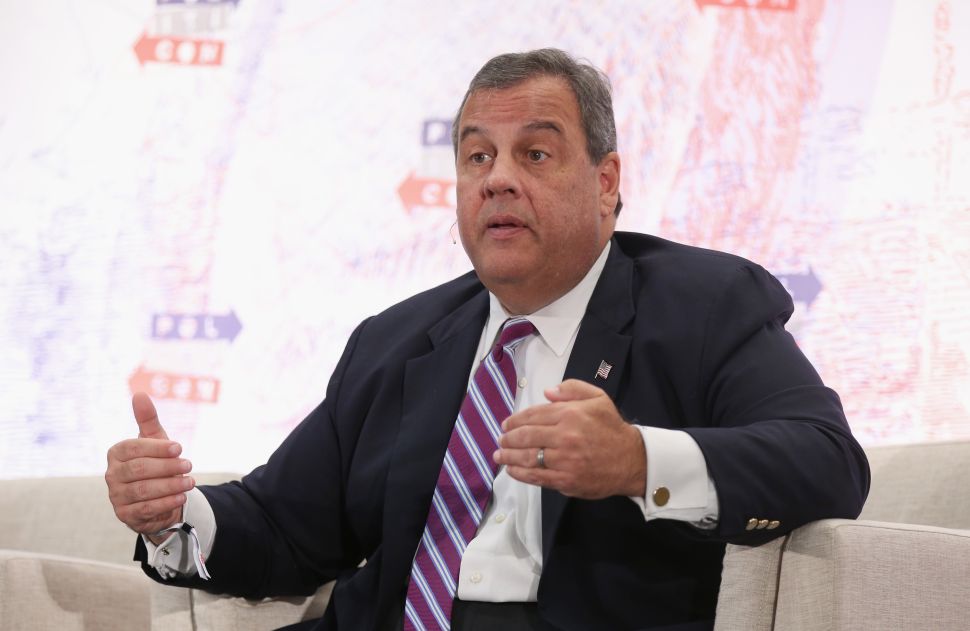