On Friday, The Record published an interview with Jane F. Kelly, a vice president in charge of ethics at the authority, who said she’d warned the governor’s office that new SDA Chief Executive Lizette Delgado-Polanco was giving high-paying state jobs to large numbers of people that she had personal or political connections with.

Kelly said she tried to warn Murphy because at the time, the legislature was already pursuing questions of how a top official in the Murphy campaign got a job at the authority even after a campaign volunteer alleged he’d raped her. In that probe, no one questioned by the legislature admitted to knowing how Al Alvarez, who denied the allegations and was never charged with a crime, got the job as SDA chief of staff. Instead of acting on Kelly’s concerns, staff in the governor’s office told her to file a written complaint, according to the report.

An investigation by The Record has found that Delgado-Polanco, former vice chairwoman of the Democratic State Committee, allegedly hired “people outside of the normal hiring process, brought on employees who lacked basic qualifications and the authority created job descriptions for workers months after they were hired.” Delgado-Polanco resigned in April.

Kelly told the newspaper that before going to the governor’s office, she had reached out to Delgado-Polanco and Alvarez with her concerns about hiring, but it seemed to have no impact. In all, Delgado-Polanco hired about three dozen people, the report said.

After the report was published, Senate President Steve Sweeney said that the legislature would “be looking into this.” Republicans in the legislature are calling for an investigation. Murphy has been dogged with problems about the administration hiring politically connected supporters since taking office.

The administration suffered a black eye in September 2018 after it hired former Passaic City Councilman Marcellus Jackson for a $70,000 post, even though Jackson has served time in prison for taking bribes. Murphy defended the hiring, but Jackson was forced to resign anyway due to a state law that bars public officials convicted of corruption from future public jobs.

Quote of the Day: “I’m thinking, I’m going to help him. I’m going to call there, I’m going to alert them that this is happening, they’ll get right on it, they’ll fix it and avoid an issue. I thought it was a serious matter and that they would take it seriously,” — Jane F. Kelly, vice president in charge of ethics at the Schools Development Authority.

Editorial: Murphy, Sweeney Facing Moment of Truth on NJ budget, Taxes, Pensions
Thousands of people rallied outside the Statehouse Thursday to protest taxes. No one should have confused the protest with the Boston Tea Party.
Asbury Park Press Read more

Moran: Why Murphy Is Right About Millionaires and How He’s Blowing the Politics
Gov. Phil Murphy is about to lose the fight over the millionaires’ tax, a major blow that will deprive the treasury of more than $530 million.
NJ.com Read more

South Jersey Firm Disputes Labor Union Allegation That It Lied on Application for $79M Tax Break
A South Jersey trucking and logistics company is disputing allegations made by a labor union that it failed to disclose a criminal conviction on its application for $79 million in tax breaks.
Inquirer Read more

NJ Opioid Tax Details Emerge, but Plan Lacks Legislative Sponsor
Gov. Phil Murphy is looking to send a strong message to opioid makers: You contributed to the problem, now be part of the solution to addiction. But he has yet to find a legislative partner to deliver the news.
NJSpotlight Read more

Why You Shouldn’t Count Cory Booker Out of the 2020 Presidential Race
Does Cory Booker still have a shot? True, the New Jersey senator’s campaign for president isn’t exactly setting the world on fire. Low poll numbers seem to be stuck in neutral at 2 or 3 percent. He’s not raising the campaign cash like the Democratic frontrunners—or getting even a fraction of the attention.
NJ.com Read more

Congressman Is Ready to Go to Court After Justice Department Said Trump Can Keep His Tax Returns Hidden
Donald Trump’s Justice Department says the president can keep his tax returns secret, and Rep. Bill Pascrell Jr. is calling on the federal courts to reject “33 pages of pablum.”
NJ.com Read more

Bellwether Group Homes Ask for State Funds to Avoid ‘Health Emergency’ for Their Residents
The state’s largest group home provider, forced by New Jersey officials to turn over care of its 460 disabled residents to other providers, says it needs state funds to prop it up during the transition to avoid “a public health emergency.”
The Record Read more

Lesniak’s Next Big Prediction: Bet on Atlantic City.
Ray Lesniak was all alone when he said New Jersey would get legalized sports betting.
ROI-NJ Read more

Hoboken Is Paving the Way for Public Art Projects. But Would Some Regulations Go Too Far?
After more than three weeks of preparation, it took Ricardo Roig just about five days to create his mural last month, including a few rainy days.
NJ.com Read more

In Camden, There Will Be 2 Juneteenth Festivals This Year—Blame a Rift Between the City and a Longtime Activist.
For more than a decade, Camden has held one Juneteenth celebration, headed by a longtime activist and backed by the city.
Inquirer Read more

Jersey City Mayor Roasted at Comedy Festival: Fulop ‘Runs Like the PATH on a Sunday’
Mayor Steve Fulop has faced critics and hecklers before, but this time he—and everyone else in the room—could laugh about it.
NJ.com Read more 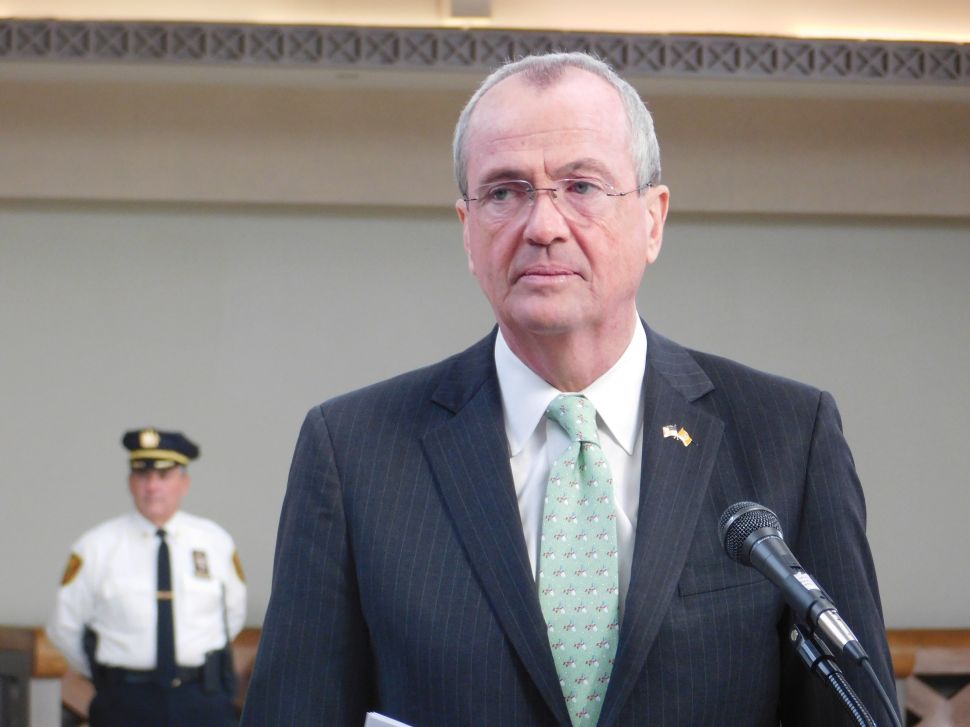